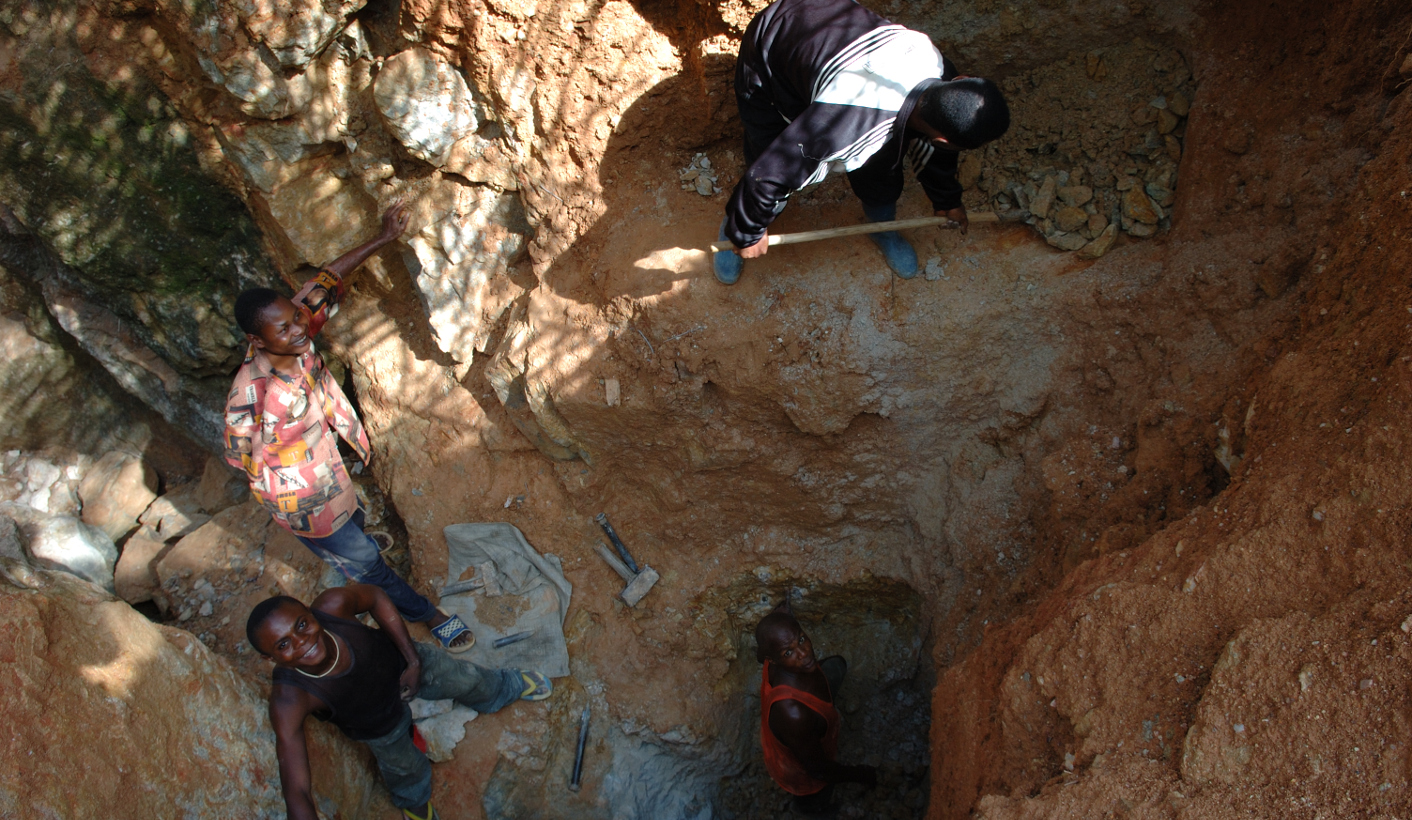 When the price dictates the source, it’s difficult to ensure that minerals for sale are “conflict-free”. By Nelson Alusala for ISS TODAY.

In the Democratic Republic of the Congo (DRC), mining communities mostly depend on their ability to sell what they mine to make a living. So they explore all options to reach markets – and in this game, the price dictates the source.

Mining-trade middlemen in Goma, interviewed by the Institute for Security Studies (ISS), say minerals sourced from non-compliant mines cost one and a half times less to buy than conflict-free-certified minerals. They therefore prefer to buy the former, eschewing regulatory measures such as the Dodd-Frank Wall Street Reform Consumer Protection Act (Dodd-Frank Act).

The artisanal and small-scale mining sites in the DRC have many complexities that Section 1502 of the Dodd-Frank Act has been unable to control. The act is one of several regulatory measures, including certification schemes, aimed at sanitising the mineral trade in the DRC.

The country holds some of the world’s vastest and most unexploited minerals in terms of variety, quality and quantity. Besides this, the fight over natural resources is one of the biggest reasons for the DRC’s ongoing conflict. Lack of effective governance over the mining sector has created a plethora of abusers, ranging from armed groups to illegal miners and unlicensed traders.

Many efforts have been made to try to clean up the supply chain of the DRC’s natural resources, particularly those in high demand globally such as tantalum, tin, tungsten and gold.

One of the latest attempts is the Dodd-Frank Act, legislated by the US Congress in 2010. Section 1502 of the act requires companies to disclose whether any of the products manufactured or contracted to be manufactured by the company contain conflict minerals that originate in the DRC or any of its neighbours (Angola, Burundi, Central African Republic, Republic of the Congo, Rwanda, South Sudan, Tanzania, Uganda or Zambia).

The act’s main objective is to curtail the flow of money to armed groups (including the Armed Forces of the DRC – FARDC) involved in mining and human rights abuses. It requires companies dealing in tin, tantalum, tungsten or gold to conduct supply chain due diligence on minerals sourced from the DRC or its nine neighbouring countries to ensure they’re conflict-free.

It’s one thing for companies sourcing minerals from the DRC to subscribe to the requirements of the act, but a much bigger task to ascertain that the minerals they purchase are “DRC conflict-free”. This is because the DRC and the countries of the Great Lakes Region (GLR) lack effective enforcement mechanisms for regional mineral trade arrangements and so are infested with illegal networks involved in trafficking natural resources.

An assessment of the situation in the North Kivu province reveals a range of factors that have made implementing the act difficult.

First, the process of certifying the mines is fraught with unnecessary bottlenecks designed to encourage companies seeking to invest in mining to pay bribes to have their applications approved. This is further complicated by the fact that the mine validation and licensing process is centralised in Kinshasa, and it takes several months, sometimes years, for this process to be concluded.

Some frustrated would-be investors end up abandoning their applications for mining licences and buying from alternative sources. According to comité national de facilitation du commerce et du transit (CNFCT), only 52 of about 300 mines have been certified as conflict-free, due to the bottlenecks.

The dismal number of certified mines corresponds with the outcome of an assessment done in 2014 to establish the effectiveness of companies’ adherence to the Dodd-Frank Act. Of the 1 313 companies assessed, only 301 could confirm that they had conducted due diligence to ensure that their products were “DRC conflict-free”.

Under these circumstances, and with the rising demand of some of the minerals on the global market, illegal mining by armed groups and for example the military’s forceful use of children and villagers, has thrived in an effort to meet the demand.

The second challenge to implementing the Dodd-Frank Act is that minerals from uncertified mines easily filter into certified mines and get tagged as conflict-free. “Most uncertified mines are under the control of FARDC or armed groups, and both are involved in illegal mining, making it easy for them to trade as they wish. They blend their illegally mined minerals with those from certified mines or simply sell them to smugglers across the borders,” says a senior officer with the Centre d’expertise, Évaluation et de Certification (CEEC).

FARDC guards both certified and uncertified mines, so it holds sway over both, as far as the blurring of mineral sourcing is concerned.

The third challenge for implementing the act is that some of the DRC’s neighbours, capitalising on the misfortunes of the DRC, have put in place policies that are more attractive to investment in mineral trade. The CEEC says some have deliberately lowered their licensing fees and simplified the bureaucracy in the process to attract investors ‘frustrated’ by the DRC’s technicalities.

This has offered an alternative market to artisanal and small-scale miners and their middlemen, who endeavour to circumvent the Dodd-Frank Act Section 1502 to earn a living.

There is an ongoing debate in the US Congress to repeal the act. Part of the argument is that it is unclear if the 1502 rule has reduced the control of armed gangs or eased human suffering in the DRC. Perhaps a repeal would engineer a more enforceable option. Until then, the DRC’s minerals remain awash with blood. DM