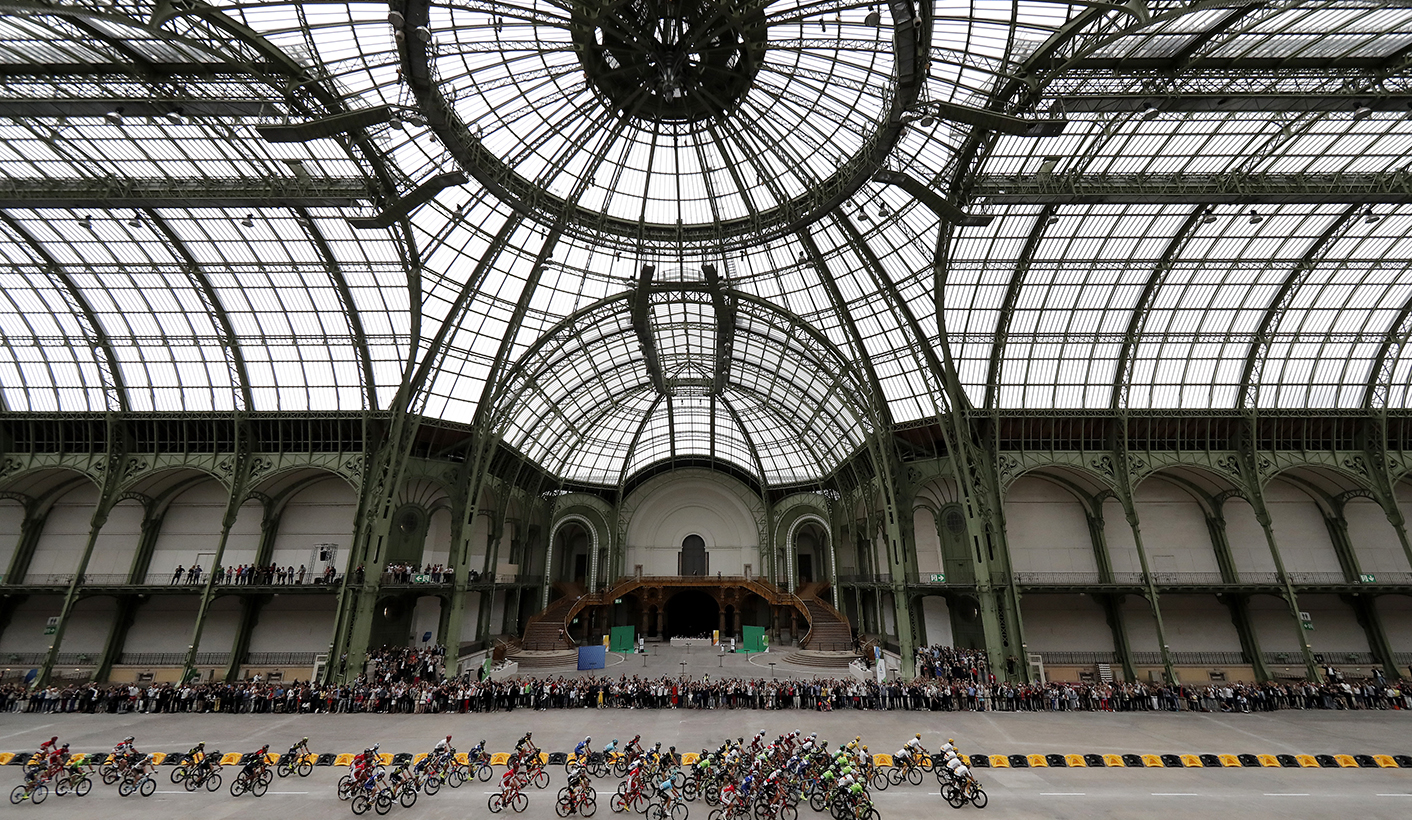 After more than 3500km of cycling, the Tour de France 2017 is all over. It’s been a race of epic highs and dramatic lows. With the help of EPA Photography, we take a pictorial glance at some of the highlights of the 2017 tour. By ANTOINETTE MULLER

Riders set off from Dusseldorf for a 14km individual time trial where Geraint Thomas becomes the first person from Wales to wear the yellow jersey. He remained in yellow until the fifth stage.

Marcel Kittel, who would later abandon the tour, wins Stage 2 after an epic sprint finish. His teammates celebrating behind him before he crosses the finish line becomes one of the tour’s memorable moments. One of the to win, Chris Froome recovered from a crash in wet conditions and finished the stage in 37th place.

It’s another sprint finish with world champion Peter Sagan keeping his composure to race to victory on Stage 3. But this would be as good as it got for Sagan. High drama in lurked just around the corner.

Stage four is filled with drama. Arnaud Demare wins the stage, but nobody’s talking about his win. Instead, it’s a kerfuffle between Team Dimension Data rider Mark Cavendish and Stage 3 winner Sagan that grabs the headlines. Cavendish crashed badly after Sagan appeared to elbow him during the sprint finish. Sagan is disqualified from the tour, despite taking his case to the Court of Arbitration for Sport (Cas).

Chris Froome takes the yellow jersey for the first time on Stage 5 and keeps it until Stage 12 before regaining it on Stage 14. Fabio Aru won the stage after a perfectly-timed attack with left of a 6km climb.

Fast forward to Stage 7 and the drama continues. Some think it should have been a dead heat, but after much deliberation, Marcel Kittel is declared the winner by 6mm as Team Dimension Data rider, Edvald Boasson Hagen, scripts what would become somewhat of a theme for his tour. Being there and thereabout, but always attacking too early and missing out by a spoke.

Stage 8 brings joy for Lilian the home fans. On the final downhill stretch, he attacked and pretty much cruised home for the final 12km. That might sound easy, but the agony captures the day far better. Two hours of attack after attack with riders looking for the break made it one of the more intense days of the race.

Onto Stage 9, where we have another photo finish with Rigoberto Uran winning this time. But that doesn’t make the headlines. Those are dominated by a sickening crash involving Richie Porte, in which he fractured his pelvis and ended his race.  Zooming at 72km/h, Porte got his line wrong, skidded across the inside of a left-hand bend before and ricocheted path of Dan Martin and brought down the Irish rider, too. Thomas also crashed out after breaking his collarbone in a separate incident.

And then came Bastille Day with Warren Barguil becoming the first Frenchman to win on the day since 2005. It was the shortest stage of the 2017 tour, but short certainly doesn’t mean boring. There were plenty of attacks from the get-go and Barguil held steady in the sprint to win.

Beyond the race, the Tour is about much more than just pedaling fast. Punctuated along the various route, fans offer support for the riders. Or, if you’re Froome passing French fans – you get

The lunch bags riders grab on-the-go is a great source of fascination for many. Just who will choose what to eat from their bag? How many gels are they guzzling down? Or are some of them chomping down on some ham and cheese sarmies from same sources as one of our cheese spots – The French Market – gets its goods from?

And then there is the sheer agony of ascending a massive incline. Nobody ever said cycling was glamorous.

And it all means the riders don’t really get to take in much of the stunning landscapes. Which is probably a good thing. How do they resist the temptation to pop off the bike and into a chateau of a French auntie cooking up something delicious the way?

Seriously, you can’t even stop for a little wine tasting.

Along the way, Emmanuel Macron popped in for a visit. A hug from his scant consolation for the lack of cheese consumption.

Team Dimension Data, riding for Qhubeka, had a tough time after they lost Mark Cavendish. Edvald Boasson Hagen came close on a few occasions, but it wasn’t until Stage 19 that the Norwegian managed a win.

South Africa’s Louis Meintjes, riding for Team UAE, had a fine race and ended in second in the young rider’s classification and eighth overall – eight minutes and 20 seconds behind Froome.

But in the end, glory belonged to Froome, who some might claim as Africa’s son, despite his British passport. And his dodgy socks. And as riders completed Sunday’s final processional stage, there was finally time for a little drink.

And as riders completed Sunday’s final processional stage, there was finally time for something a little bubbly. Might have been apple , though.

Dylan Groenewegen won the final stage, which mostly involved going around Paris in a circle for a long time.

AndFroome and Baby Froome waved us off after a fantastic three weeks of racing. DM

Main image: The pack of riders in action beneath the glass dome roof of the Grand Palais during the 21st and final stage of the Tour de France 2017 cycling race over 103Km between Montgeron and Paris Champs-Elysees, France, 23 July 2017. EPA/IAN LANGSDON

All other images via EPA, unless otherwise stated.