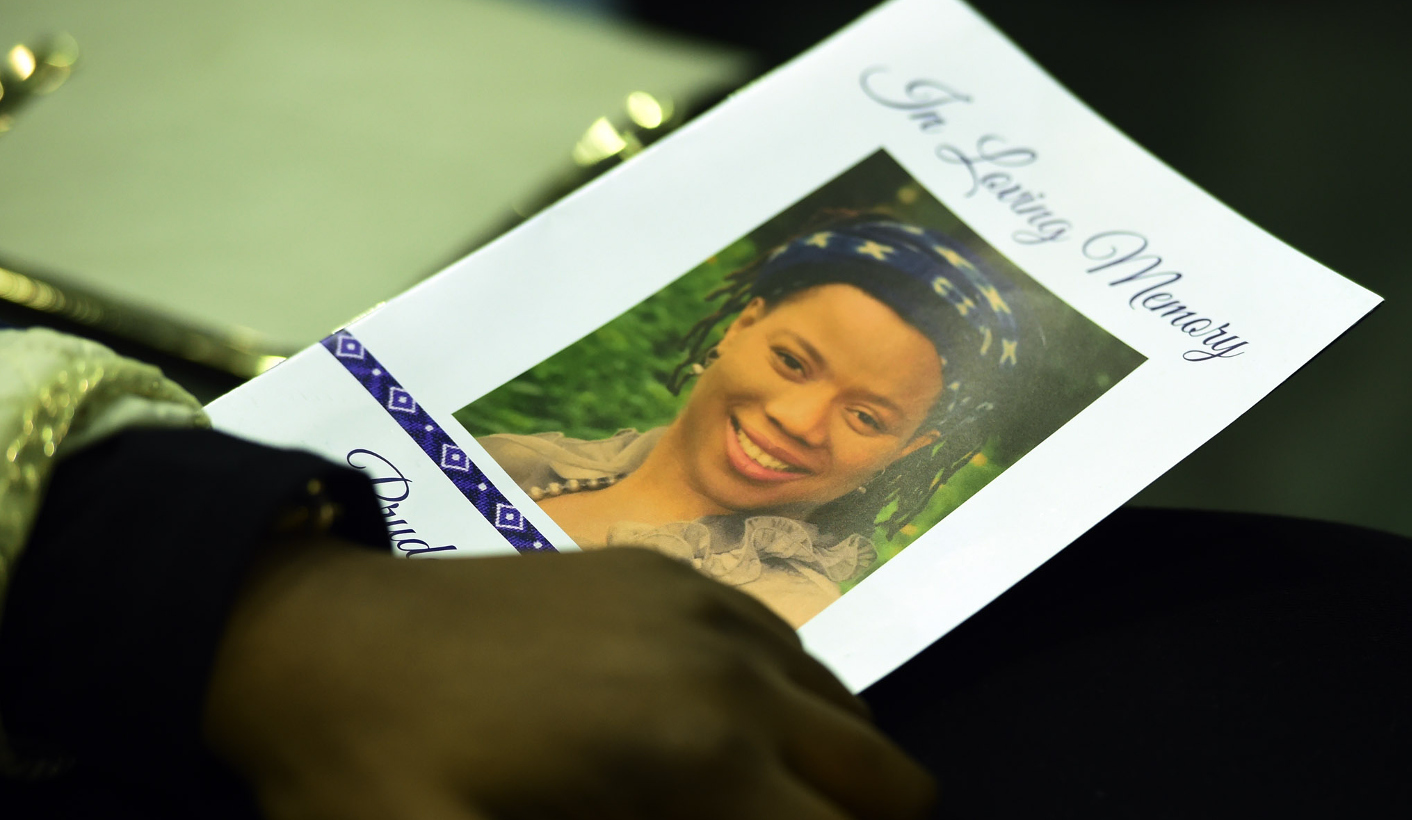 The world’s most important HIV scientific conference is currently under way in Paris – yet mere days ago, one of the country’s iconic Aids activists died after battling with tuberculosis and pneumonia, a reminder that we’re nowhere near out of the woods when it comes to the virus. HEALTH-E’s Kerry Cullinan reports.

It’s been an emotional week for the HIV sector as activist Prudence Mabele was laid to rest after her shock death two Mondays ago. Over the past few months she had suffered from tuberculosis and pneumonia, both opportunistic infections that flourish when a person’s immune system is weak.

Mabele was a fighter and a lover; stylish, outlandish and outspoken. She kept no holy cows and defied categories – in her sexuality, her activism, and even her organisational allegiances, straddling both the National Association of People with Aids (Napwa) and the Treatment Action Campaign (TAC) during their days of strife.

The grief at her premature death – she would have been 46 last Friday – is laced with horror that HIV can still reach into the inner circles of those most consciously fighting the virus and snatch their lives away.

But Mabele had been living with HIV for 26 years – she had been diagnosed as an 18-year-old when the virus was mostly confined to white gay men – and she was tired.

“Our comrades were worried because she regularly joked that she interrupted her antiretroviral treatment. ‘Treatment holidays’ are dangerous and most probably were the cause of her premature death,” said TAC founder Zackie Achmat, in a moving tribute that was read out at Mabele’s Cape Town memorial on Saturday. (Long-term HIV survivor Achmat’s own survival code means that he tries to avoid sadness, so he did not attend the memorial.)

At the memorial, her friend Nombabsa Rune admitted that she too was tired of taking her ARVs. Rune had become resistant to the first-line treatment, which is a single pill made up of three ARVs, and had to go on to second line treatment. This means taking five pills daily, with more side-effects.

“I am struggling on second line. My 12-year-old daughter will come and ask me if I am taking my treatment and I say ‘yes’ even when I have not. At times, it is too much, especially when I am sick and I have to add them to other pills. We need help,” said Rune.

Former TAC secretary general Vuyiseka Dubula, who organised the memorial, said that although people living with HIV had agreed to take pills, “we want a cure. We didn’t plan to take pills forever.”

Not only was Mabele tired of the pills, but she was tired of struggling to keep her own organisation – the Positive Women’s Network – alive. She died a week after returning from an exhausting fund-raising trip to Sweden.

In the last interview I did with her about a year ago, Mabele lamented that the vast majority of the dwindling HIV funding was going into biomedical solutions to HIV – forgetting that people are at the heart of the epidemic.

“Everything is clinical these days,” she said. “We are losing the human touch. But a young woman is not going to adhere to her ARV treatment unless she is given support; unless something resonates with her.”

Speaking to Health-e over the weekend, Dr Olive Shisana, former Director-General of Health and one of the country’s foremost HIV researchers, warned: “The HIV epidemic is raging and we say we have conquered HIV. We think we can treat ourselves out of the epidemic. But there are still new infections. When Prudence was infected [in 1990], only one percent of pregnant women were HIV positive. Now 30% are living with HIV.

“Can we afford to give seven million, 10-million, 12-million people ARVs for the rest of their lives, when the economy is not growing? We must focus on prevention, treatment literacy and support. People can’t just take pills and pills and pills.”

But a report released on the eve of the International AIDS Society’s (IAS) Paris meeting shows that funding for HIV prevention is at its lowest in a decade. In a single year – from 2015 and 2016 – the European Union cut its funding by 47% (from $27-million to $14-million) while Canada made a 90% cut (from $26.8-million to $2.6-million). The US remains by far the biggest funder of global HIV prevention efforts but this seems unlikely to continue under Donald Trump’s presidency.

Dwindling funding has turned the screws on the local HIV sector, and the civil society sector of the SA National Aids Council (SANAC) has been wracked with conflict over the control over resources.

This had also tired Mabele. Section27 Executive Director Mark Heywood told mourners at Mabele’s funeral in Johannesburg that she had written to him about this: “I am sorry that you died still feeling betrayed. You said, ‘while I was at home sick with PCP [pneumonia] and vertigo … I was removed like Thabo Mbeki, at the [SANAC Civil Society Forum] A MOTION WAS PASSED and my removal happened, mostly friends nominated each other and without a quorum’.”

Heywood continued: “You told me that ‘there’s a lot you do not know that makes me disagree with my chair [SANAC’s Steve Letsike] and because of that I am now victimised’.”

Earlier in the year, Mabele confirmed to Health-e that she had been removed without warning as a sector representative at the SANAC civil society forum by a clique loyal to Letsike.

Last month at the national Aids conference, eight organisations including TAC, Section27 and Sonke Gender Justice accused SANAC of a “crisis of governance and legitimacy” and said they were considering withdrawing from the structure.

“SANAC is meant to be at the heart of social mobilisation around HIV and TB. To play this role, its sectors must be deeply located in civil society. They are not…. Currently, individuals with no constituencies in the real world can vote and be elected to positions of power as ‘representatives’ of these constituencies. This is deeply concerning given the billions of rands in aid that are channelled through SANAC structures,” said the organisations.

SANAC’s Letsike responded that the “root cause of the problem was about the power of resources”, and urged people to produce proof of any corrupt behaviour on her part. She has been accused of using her SANAC position to get government business and donor funds for her organisation, Access Chapter Two.

In a response to Health-e questions earlier in the year, Letsike’s lawyer, Michael Bill, said his client had sought to do business with government but that “there is nothing that prevents our client ‘from attempting to solicit’ business contracts with any government agency”.

But Heywood was taking no prisoners at Mabele’s funeral: “At the time of your death, I hear people lament that civil society is divided. People tell us we must ‘overcome our divisions’, but you never had any truck with that. We were always divided. We are divided against corruption. Against those who are parasitical on the response to Aids. There are two streams in civil society. Yours is the stream that flows cleanly and clearly.

We might not know exactly what killed Prudence Mabele, but we do know that too many pills, too few resources and destructive politicking wore her down – as it is wearing down many Aids “veterans” who have been holding the fort for too long. DM