GroundUp: Pityana asks MPs to vote according to conscience 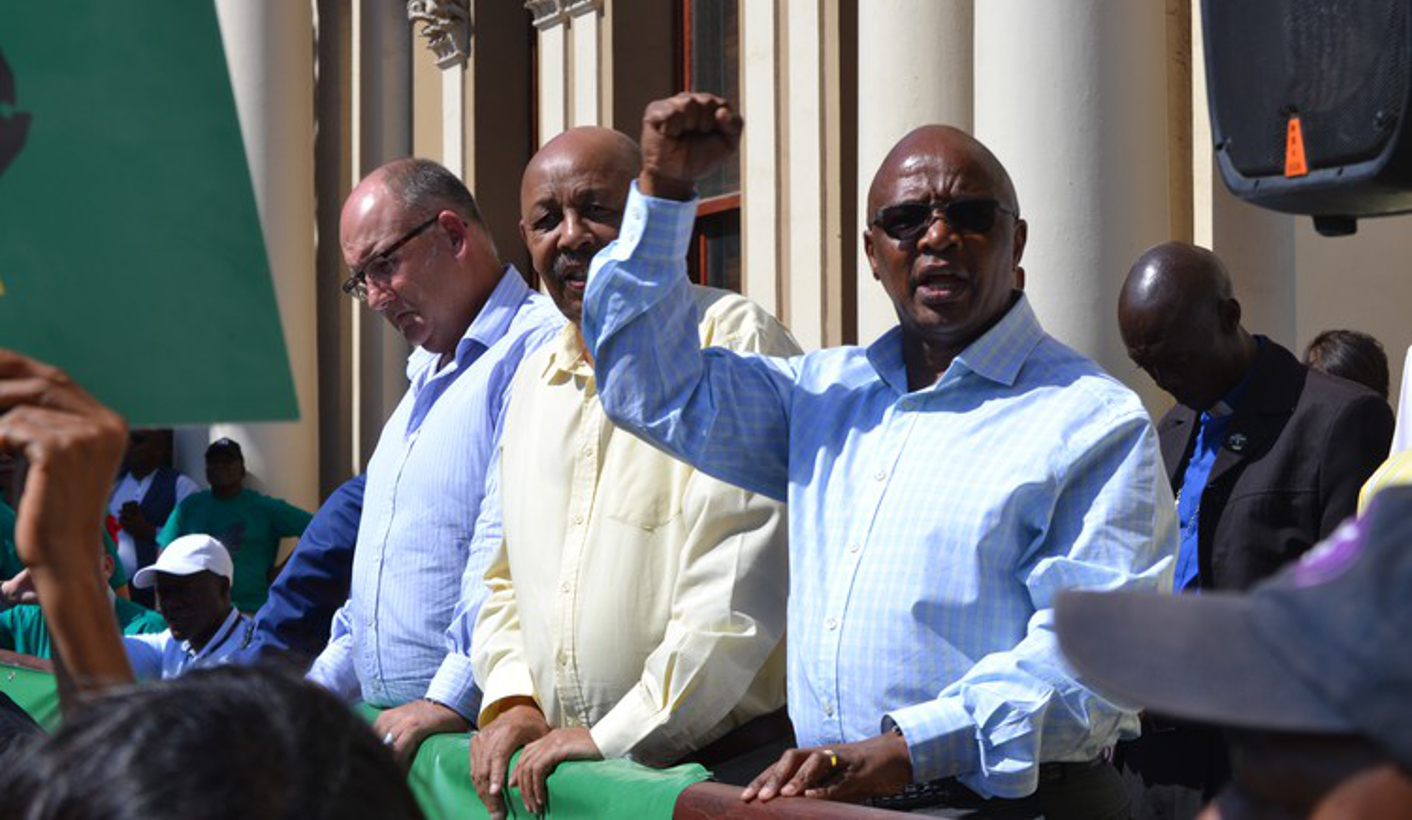 “Zuma and his cohorts conduct themselves in a way that represents a betrayal of the liberation movement.” By Moira Levy for GROUNDUP.

Convenor of the Save South Africa Campaign and chair of the Council for the Advancement of the South African Constitution (Casac) Sipho Pityana described the practice of voting according to party lines as a “major handicap of Parliament”.

He said the idea that Members of Parliament (MPs) could risk losing their seats if they defied their party’s voting position was a “major drawback for our democracy” and took the opportunity to recall that South Africa was supposed to come up with a “reconfigured electoral system” many years ago.

South Africa’s electoral system, in place since democracy began, was not meant to be permanent. It was understood from the start as a transitional arrangement that was supposed to have been revised after the first term of ANC rule.

The current practice, says Pityana, “undermines Parliament” because Members cannot act according to their conscience and “what their political judgement tells them is the right thing to do”. This procedure may not ensure that the outcome is in the best interests of the country. “It was always understood that the parliamentary system that we have has limitations, but it was (meant to be) a transitional one.”

Asked about how South Africa was going to find a way out of its current crisis, his response was that the mission of the Save South Africa Campaign and Casac was “about the restoration of accountable leadership, leadership with integrity and honour, (that acted) within the context of our constitutional democracy”.

He added to the chorus of criticism of President Jacob Zuma: “The bottom line is that the tone is set by Zuma and his conduct is everything that a leader presiding over a constitutional democracy shouldn’t be.”

Pityana has drawn praise and anger over his denouncements of President Zuma and repeated calls for the President to step down.

In his public appearances, Pityana has always appeared wearing an ANC scarf or has in some way indicated his continued support for the ANC and its role and legacy as a liberation movement. He sees no contradiction in that, although he warns that this year, culminating in the December ANC elective conference, may have a decisive impact on current ANC members who still identify with the movement that brought democracy to South Africa.

Right now he is comfortable in his support for the ANC while at the same time calling for a leadership change.

Our Constitution has the “values of the struggle for liberation” at its core, he says, with the emphasis being on “human rights, socio-economic rights and the interests of the poor”. Those rights, indeed the Constitution itself, must always be protected, he said.

“We decided that we were not going to go through what we saw our allies (experienced) in anti-colonial struggles elsewhere, when soon after taking power (they) became the oppressive forces against the masses.” That is entrenched in our Constitution and is consistent with what the ANC as a liberation movement stands for, he says. “It is what the ANC and any liberation movement is about.”

The Save South Africa Campaign, Casac and other civil society formations are not driven by a desire to see the ANC fail, explains Pityana, or for its diminishing support to result in a loss of its constitutional majority at the 2019 election. Their focus is on protecting and restoring the founding principles of the Constitution, which provide “a plethora of checks and balances” needed to hold a majority party accountable.

He repeatedly returned to his conviction that the Constitution set in place by people “of the calibre of Mandela” addresses the people’s needs first and not the interests of the few.

He described groupings like Casac and the Save South Africa Campaign as part of a “broad-based” movement that is “non-partisan in that we have people who don’t belong to political parties”. Their collective call is for a leader who  subscribes to the Constitution.

“We are a project that is about delivering an equitable society and that means that we must be genuine about putting the poor first” and improving their circumstances.

“Zuma and his cohorts are happy to defy the long-held traditions and policies of the ANC and conduct themselves in a way that represents a betrayal of the liberation movement,” he warned. DM