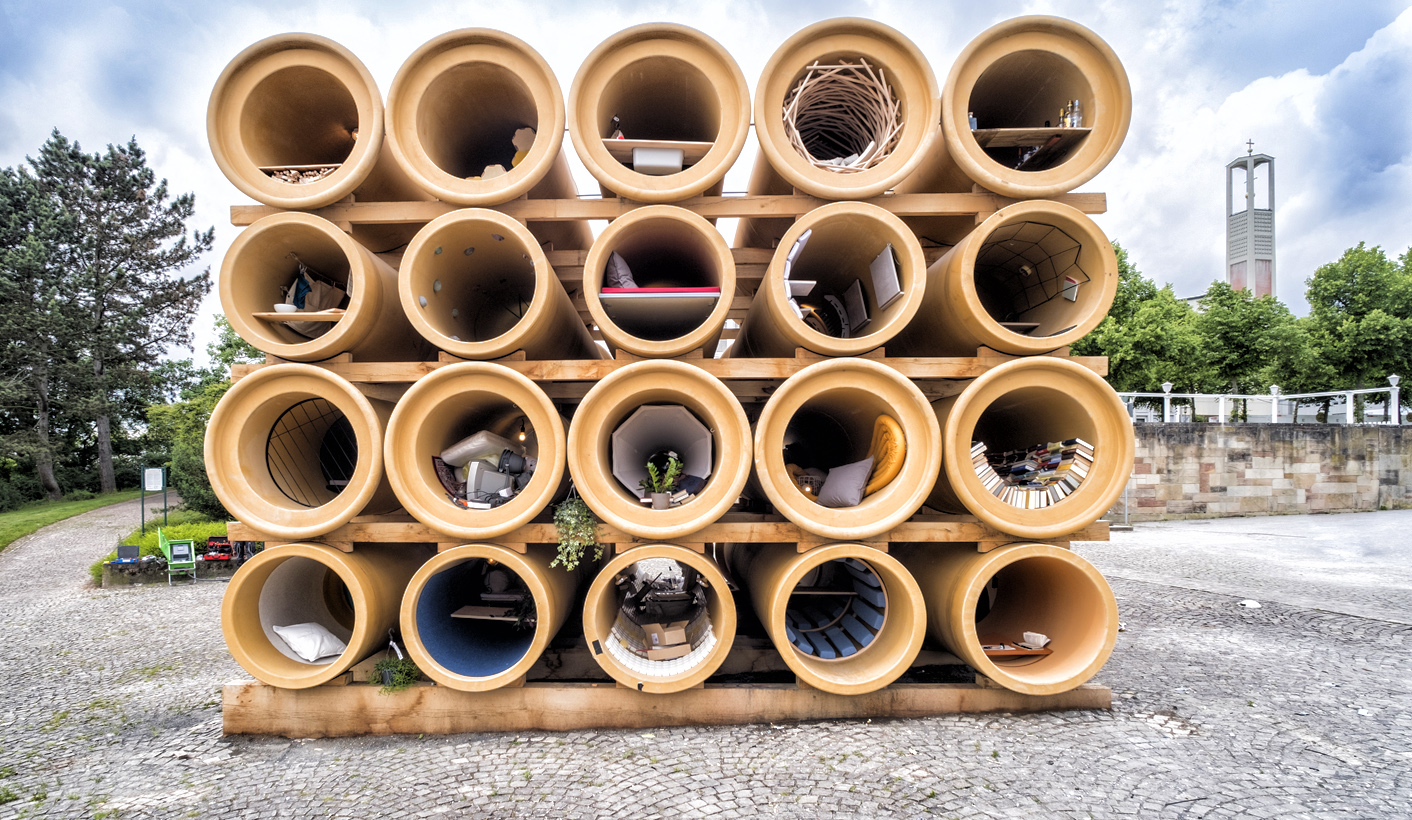 If art today seems to have become unmoored in the global tidal wave of late capitalism, and the yen by wealthy captains of industries to collect it continues, there is Documenta. By MELVYN MINNAAR.

Since 1955, every five years, this central German city of Kassel has kept faith, and waves the banner that art matters – that art can have humanist significance in an untethered world.

Documenta 14, which opened at the beginning of June and runs for a traditional 100 days to September, confirms that it is the world’s leading showcase of art, and that sincere art not only packs a punch, but can be a valuable means to contemplate and engage with the most pressing issues of our time.

The Venice Biennale, also currently on down there at the big Italian yacht lagoon, has hung in for the arty limelight since 1895, safely punting the old order of nationalities and culture in its country pavilions.

But, like the thriving international industry of art trade shows and fairs, compromised to neoliberal culture, it nowadays plays to the audience – mostly to those in the money who arrives on yachts, stay for the parties, and brag about their art acquisitions to one another.

They are the new art collectors of capitalism’s outrageous bloom, to whom a famous artist’s signature is entertainment, and his/her work simply social and monetary currency. The value of art usurped.

Documenta has, over the decades, given the famous painters, sculptors and performers the space. But, with a few hiccups here and there since it was established as a project of faith in the creative human spirit after the devastation of war and its disruption of progressive modernist culture (the city was both a seat of learning and centre of the armament industry), it has always been about the conversation.

This year you will struggle to find names that set the haughty art auction houses on fire. You will not necessarily encounter the pretty or the pleasant, but you’ll find stuff that triggers vital and vibrant questions. And you will be astounded how amazingly inventive true artists are, how profoundly art can speak.

At a time when so much is unstable globally, Documenta seems like a beacon to the belief in art. Compelling, challenging issues of the day are tackled head-on.

Documenta also seems to clearly draw a line in the sand about what art is or should be today. And it is not necessarily easy.

While the French are gossiping about the giant bunch of balloons that the jackass Jeff Koons proposed (but won’t fund) as a monument to the terrorist victims in Paris, that banality is countered by the 16-metre-high obelisk Documenta commissioned from the Nigerian-born artist Olu Oguibe. Erected on the city’s central Königplatz, the gold letters against the stark concrete read, “I was a stranger and you took me in” in English, Turkish, German and Arabic.

The message of the city, and the theme of this Documenta’s artistic director, Adam Szymczyk, and his sussed international team, could not have been more precisely spelled out and publically located.

Homelessness, displacement, the plight of refugees and issues of divided or split communities are, as should be expected of a dynamic contemporary cultural event like this, key themes.

How it plays out, in some 30 venues, by 160 artists makes Documenta 14 not the easy quick-look-at tourist trip. But it is certainly a much needed wake-up call about the potency of art – that it has not completely sold out to moneyed power.

Szymczyk formulated their belief: “Our hope is that rather than being a mere reproduction of existing social relationships, art can produce and inhabit space, and act to challenge the predictable, gloomy course of current political and social global events that keep us sleepless and suspended.”

Ever the heart of Documenta, the grand Fridericianum (the first purposed museum building in Europe) had its facade’s classic bronze letters mangled to read “BeingSafeIsScary”. The Turkish artist Banu Cenneto?lu activated this profound graffito to underline the revolutionary potential of art.

Right in front of the Fridericianum, reflecting the very image of the neo-classic building’s Grecian inspiration, on the large Friedrichplatz, that message is held up in the enormous construction of the 76-year-old Brazilian artist Marta Minujín’s Parthenon of Books.

A conceptual masterpiece, banned books – sourced and brought along by visitors – are used to “build” a replica of the Greek temple. (A few South African examples made the call.)

Greece – its historic and classic significance, as well as its status as contemporary refugee focal point – is closely linked to Documenta 14. In fact, a first part has been staged in Athens since April. And the Fridericianum is playing host to most of the art that is normally shown in the Greek city’s new EMST contemporary art museum.

Many Greek artists, probably not well known on the “global circuit”, reflect the considerations and concerns of our era. But they are not alone. Szymczyk and his curators have cast their net wide and globally. They have also cleverly positioned their contemporary choices within the historical spaces, made meaningful curatorial links.

The overall impression is how the individual and cultural-specific can be and are transcended in the humanist imperatives of art. This makes a strong argument against lingering notions about “nationalism” (as promoted in Venice, for one) – and has an indirect message for South Africa, where art attracts slogans like “decolonialisation”.

While, in the context of Documenta 14, nationalities are simply notes to the cultural complexity of the whole, the South African presence in Kassel comprises the young female group iQhiya (with a performance piece), James Webb (sound work), Tracy Rose (including a rather dull video), Kendell Geers, David Broomberg (who works with his partner Oliver Chanarin), and a riveting selection of ten pictures by Ernest Mancoba, who died in 2002.

A quiet, even secluded (given the scope of the Documenta spread), but moving presence in the Documenta Halle, Mancoba’s private, seldom-recognised, vivid gestures attest to the vigour of invention

In other words, a musical instrument to lament loss, recouped from the real and mythical Aegean Sea.

This is art with purpose and power. A Documenta of note. DM

Main photo: Mathias_Voelzke – When We Were Exhaling Images at Friedrichsplatz