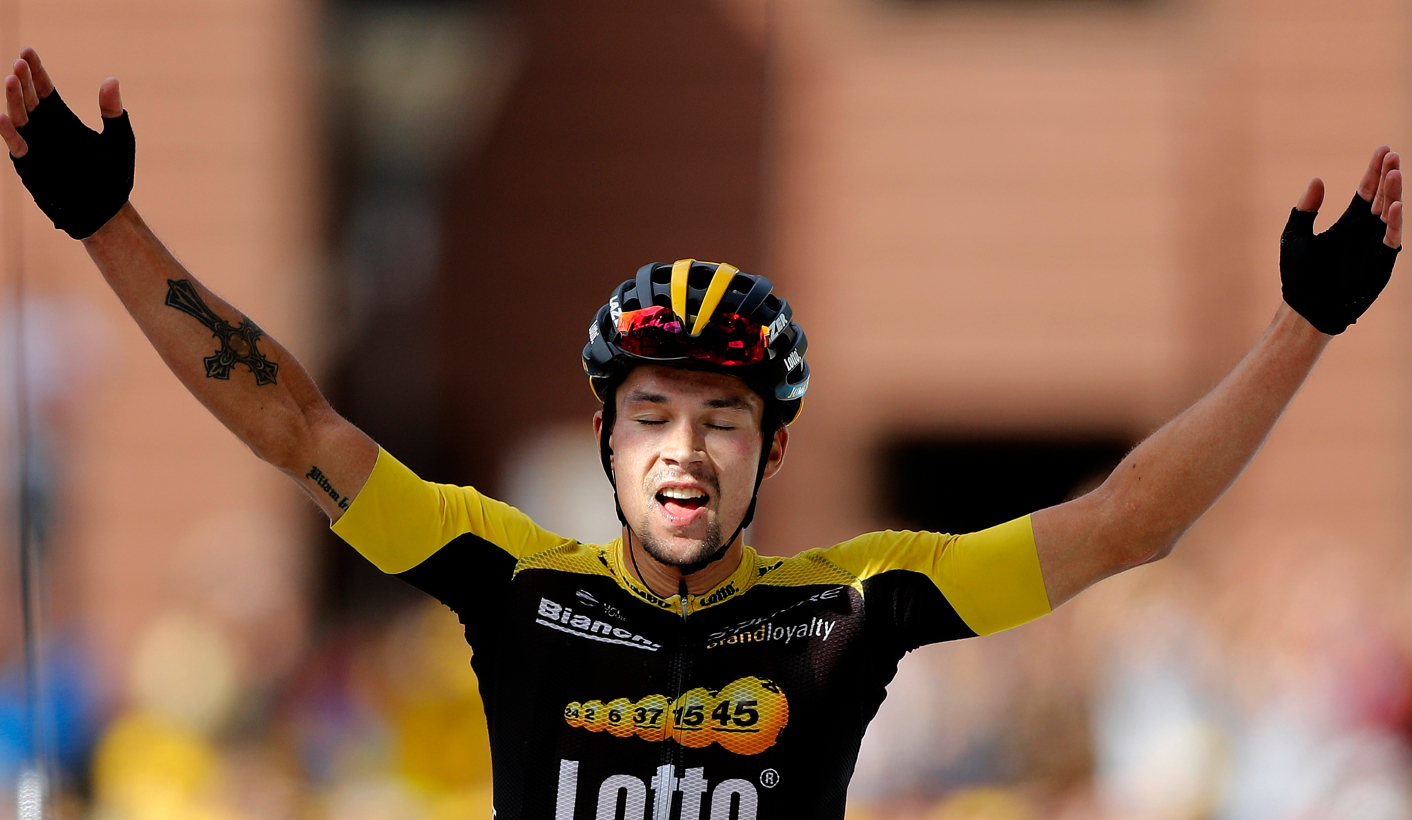 We’re off into the Alps and the finish line is almost in sight. Not that we want it to end. It has been tremendous fun. Afternoons will soon be dull and empty once again.

The biggest question that remains is how the riders manage the self-control not to get off their bikes and stop off for some of the delicious food available in these regions.

Louis Meintjes is still having the tour of his life. At the start of Wednesday, it looked like the white jersey was all but sewn up, with the South African almost four minutes behind leader Simon Yates. But as has so often been the case on this tour, Meintjes pedalled out one of his best days so far.

Although Yates remains in the white jersey, Meintjes made huge gains and he’s now just two minutes and 28 seconds behind Yates. That’s still a fair bit of time, but Meintjes loves a climb – and tomorrow is gonna be a heck of a climb. Whatever happens, though, this young rider has had an incredible Tour.

What happened on Stage 17?

After a lengthy, five-hour-plus cycle on a brutal stage, Primoz Roglic crossed the line, claiming his first ever stage win at the Tour de France. You’ve probably heard, but he’s a former ski-jumper, so you can insert your joke about being able to descend well here.

Roglic was power on at 68km/h at one stage having taken the lead with about 30km to go. What makes his effort even more incredible is that he crashed early on in the race. He hit a rider in front of him and got a face full of gravel. He got up as quickly as he pedalled on that final stage, though, and carried on as if nothing had happened.

And, just to make sure you feel entirely inadequate about your own exercise efforts, we had a sprint finish from the general classification contenders for about the last 200 metres. Just where do they find the motivation when they’ve spent all that time in a saddle? No EPO jokes, dear reader, those are far too easy.

But it wasn’t all easy jokes and aero tucks. Marcel Kittle, Warren Barguil and Steve Cummings were among a big rider pile-up early on. Cummings went gat oor kop into a ditch. And while it’s never nice to make fun of somebody’s potential serious injury, he was fine, so we can take this moment to thank him for making us ordinary folk feel better about our balance. Kittel would eventually abandon the tour, about 60km after crashing and fighting with mechanical failures.

And Chris Froome managed to clear his overall lead, despite his rivals trying to throw the kitchen sink – or is that the bike frame and pump? – at him. It’s still tight at the top, though, so don’t look away just yet.

As mentioned already, Meintjies is having a tremendous tour. He finished the stage in ninth and remains eighth overall. Daryl Impey is still hovering in the low 50s overall while Reinhardt Janse van Rensburg and Jaco Venter continue to take one for the team outside of the top 100.

What can we expect on Stage 18?

From Briançon to Izoard tomorrow, for a distance of 179.5km. Although there are just two categorised climbs on the stage, there are plenty of hills and it’s a big mountain top finish. Those who know what they are talking about reckon that this could go a long way in deciding the ultimate winner. It’s also the final stage of the mountains, which is probably a relief for those who’ve been at it for nearly three weeks.

“It’s crazy, incredible. There are no words. Right now I cannot really form all these feelings.” – Stage winner Primoz Roglic tries to come to terms with what he managed to achieve.

Chris Froome still leads, Rigoberto Uran and Romain Bardet are both 27 seconds behind him and Fabio Aru is 53 seconds in tow. DM