Op-Ed: The collateral damages of the FIDH Report on Burundi 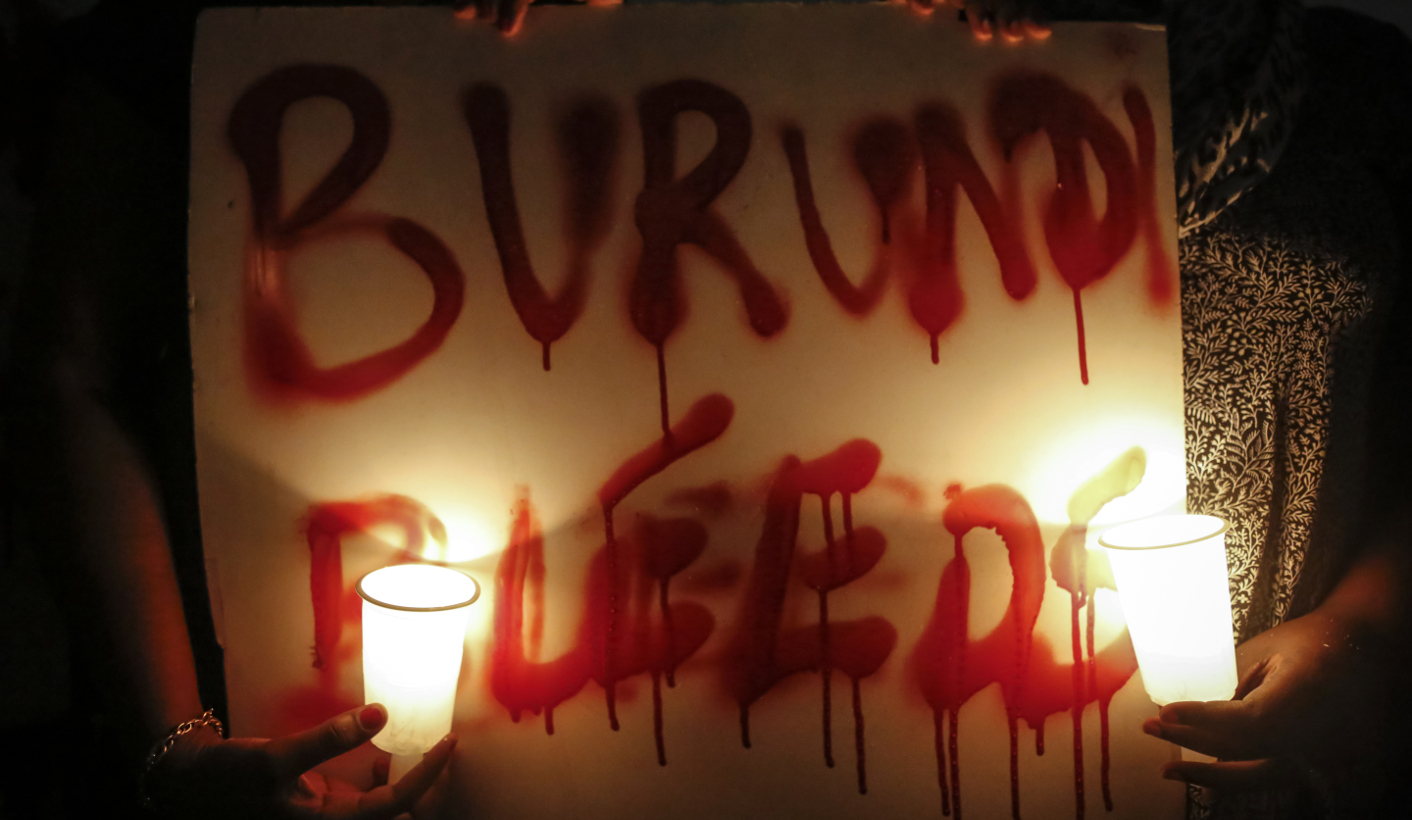 When you work on sensitive cases such as Burundi it is important and necessary to be prudent, to be fair and to ensure that the message you send out will contribute to peace and cohesion. There is a danger in just a single story, writes PATRICK HAJAYANDI.

The report released on 4 July 2017 by the International Federation for Human Rights (FIDH) on Burundi is a one-sided narrative. While it condemns repression from the government it says nothing on the opposition which is equally killing people through some terror-like attacks. Such a report is potentially dangerous.

It has a great potential to create a climate of mistrust, ethnic hatred and to fan the flames of violence, exacerbating a fragile context. The FIDH report argues that the situation has worsened and that the international community should intervene before it is too late. The truth on the ground, however, shows a different picture. Compared to the situation that prevailed two years ago (2015 and 2016), today there are some positive developments. Without denying the existing security challenges, it is also fair to note that the level of violence has significantly decreased.

The data provided by ACLED shows that the period from January to June 2016 the death toll combining the number of political related and non-political related fatalities represented 340 cases. For the same period in 2017 (January to June), 130 cases have been recorded. These figures show a decrease in intensity of violence. Of course, there are still security and humanitarian challenges to address but in comparison to 2015 and to early 2016, there is a positive dynamic. The economy of Burundi is still struggling to recover but even in this sector, the economic growth is expected to reach 2.9% in 2017 after shrinking by 0.5% in 2016.

The divide in the army: a reality or a wish?

The FIDH report denounces what it calls a purge against the Tutsi soldiers. But an honest analysis should start by this question: Can the military purge be in the interest of the incumbent regime as argued by FIDH? The answer is no. Currently, the Burundian politics show that it is necessary to have cross-ethnic alliances in order to secure a really strong position politically and militarily. The support across ethnic lines in the army is what saved President Pierre Nkurunziza’s regime and is one of the important factors that led to the failure of the military coup in May 2015.

In fact, what many people tend to ignore is that there has been a radical change of the political and military landscape since the signing of the Global Ceasefire Agreement in 2003 in which the main rebel group at the time – the CNDD-FDD – accepted that they would put down weapons and to join the government, transforming into a political party. A key element of this agreement was the Forces Technical Agreement (FTA) which determined how power would be shared and what the structure of the new Defence forces would look like. According to the FTA, the commanding body is structured in a way that if the commander of a military unit is a Hutu, his deputy is automatically a Tutsi and vice versa.

This power sharing is monitored by the Burundi Senate which must ensure that the parity is respected and maintained. The new structure has helped Burundi National Defence to remain a stable institution and a stabilising factor for the country. If the government of Burundi managed to keep an upper hand vis-a-vis the opposition, it is precisely because the army remained stable. The divide and tensions in the army will destabilise the incumbent regime which has no benefit in provoking such problems. Talking about the purge targeting one group in the army is, in reality, one of the strategies that the opposition and the civil society are using to destabilise the defences forces. Instability in the army means instability in the country and the loss of control for the incumbent regime. In other words, the divide in the army is what the opposition would like to see happening and it is working hard to push for it. Unfortunately, the consequences of such instability on innocent civilians are not taken into account.

The reliability of the FIDH report is questionable and it obviously lacks neutrality and seems to push for a certain agenda in favour of one side in the conflict – a counterproductive move. It is a fact that some of the key leaders of NGO’s which contributed to the elaboration of the FIDH report actually play an important role in the leadership of the opposition. The leaders of FOCODE and FORSC for instance, were appointed to some high political positions inside the principal opposition platform – the CNARED. At that time, the participation of these leaders in the political platform was strongly criticised by other civil society organisations including the FIDH, pointing out the impossibility of being independent in such a context. Therefore, a report with contributions from such individuals and organisations cannot be truly neutral. Denouncing violations should target all the sides involved in the conflict without preferences.

It should be of paramount importance for the FIDH to denounce human rights violations in a truly neutral way, pointing out the crimes committed by both the government and the other party to the conflict – the political opposition. The reading of the report gives a sense of a single-sided story which makes it lose credibility. It is good to avoid siding with one party to the conflict when you claim to fight for justice. This implies to avoid what Chimamanda Adiche called “the danger of a single story”. Indeed, siding with one party simply means perpetuating injustice.

Also, the constant use of genocide by the FIDH is not helpful in the context of a fragile society like the Burundian one. Burundi is still emerging from years of civil war and the trauma people suffered from during the many years of instability is still raw. I don’t believe that Burundians, Hutu, Tutsi and Twa still have the energy or any willingness to participate in another round of atrocities. In the past 50 years, Burundians have had enough of violence, of killings and of humanitarian disasters and deserve to breathe a bit.

An action which was meant to save could hurt more people, especially when it is done with such a level of amateurism. There are hidden effects of such a one-sided report: It may actually contribute to increased divide, not only in the army but in the Burundi society as a whole. There are also negative effects of constantly mentioning genocide when the report itself confirms the conflict is of low intensity: this creates a climate of fears and rumours which result in the flow of refugees and a lot of sufferings. The politicisation of such a report undermines the faith people have in human rights defending organisations and destroys their credibility. When you work on sensitive cases such as Burundi it is important and necessary to be prudent, to be fair and to ensure that the message you send out will contribute to peace and cohesion. DM