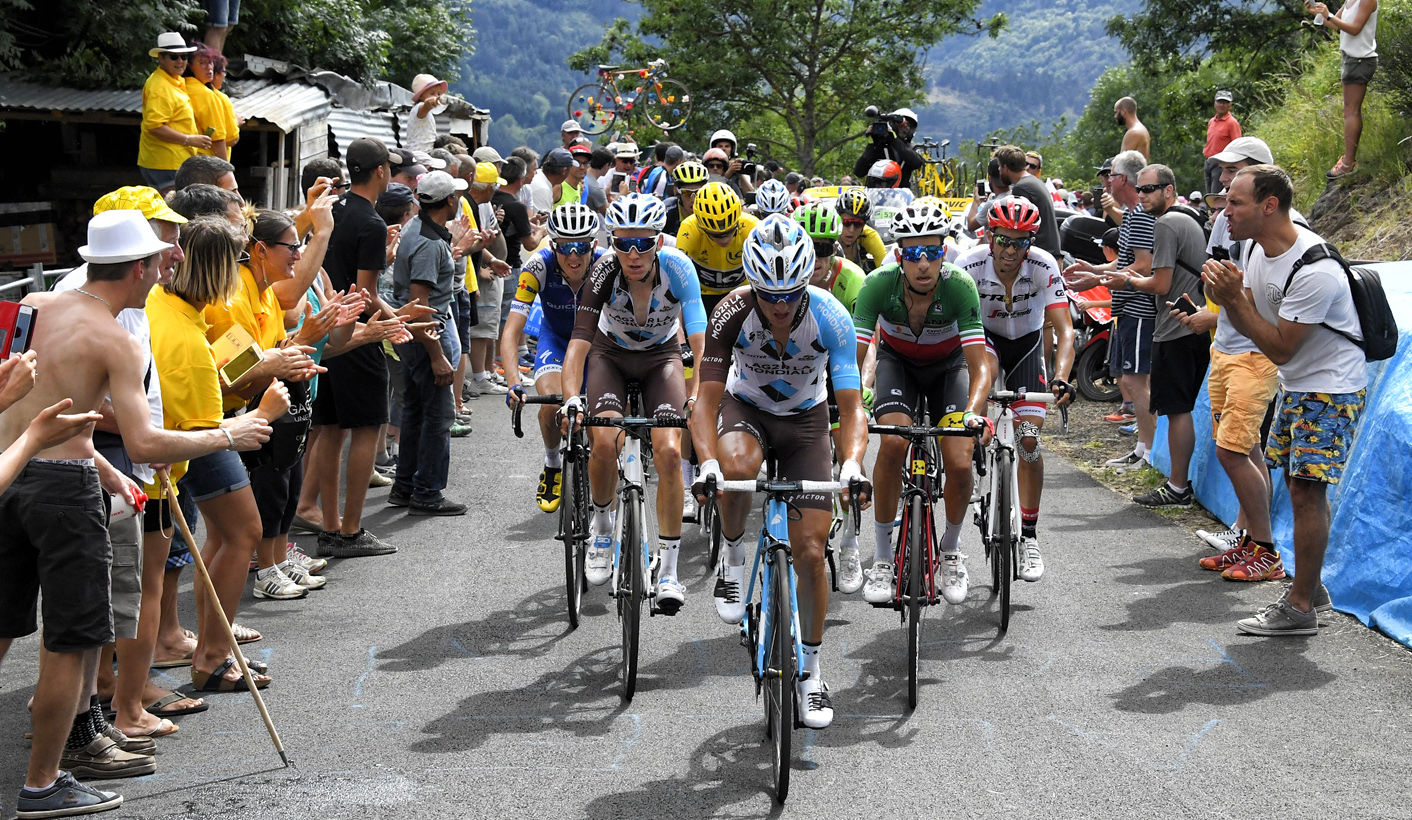 After two weeks of cycling with over 2,600km covered, we’re here. It’s the final week of Le Tour and as anyone who has ever formed a close bond with a sporting event will know, the looming comedown will not be pleasant.

Those who suffer cycling more seriously probably won’t suffer this affliction, but this coverage was never really for you. The general classification is taking shape and there are a few hopefuls whose chances are all but over. But, then again, never say never n sport.

It’s been an intense few days and Friday saw Warren Barguil become the first Frenchman to win on Bastille Day since 2005. It was a short and sharp stage and, as expected, there were plenty of attacks which made punning far too easy. By the end of it, Chris Froome was still out of the yellow jersey. By the end of Saturday, Froome had regained the yellow jersey, turning a six-second deficit into an 18-second lead which he retained on Sunday, despite having bike problems earlier in the day. Froome had to have a wheel change, but his team did a good job to bring him back.

For those with a patriotic interest, the tour might have been slightly disappointing so far. Team Dimension Data suffered an early blow when they lost Mark Cavendish. They’ve always had a rider there or thereabouts, but are yet to win a stage. Louis Meintjes, though, has been the shining South African light, even if he doesn’t ride for Team DD.

What happened on Stage 15?

Sunday was an epic and Bauke Mollema’s win, his first ever stage win of the tour, was well-deserved. He showed intent right from the first climb and led a lone charge for many kilometres on the final stretch. Every single pedal looked terribly uncomfortable, and it would have been. Somehow, he managed to hold on and those who attacked did so for nothing. It won’t matter in the grander scheme of things – he is way down at 24th in the overall classification, more than 34 minutes behind the leader. But he’ll always have these memories.

Louis Meintjes is sitting pretty in eighth in the overall classification, but still second in the youth classification. He’s a touch over three minutes behind leader Simon Yates. Daryl Impey is 51st overall, while Jaco Venter and Reinhart Janse van Rensburg are both outside the top 60.

What can we expect on Stage 16?

If you’ve become attached to your daily dose of sweaty men pedalling around in tight clothing, we have some bad news. We’re into the final week and Monday is a rest day. Then, on Tuesday, the riders are back in the saddle for a shortish stage of 165km from Le Puy-en-Velay to Romans-sur-Isere.

“Boo!” – A few spectators on the side of the road made it clear how they feel about Chris Froome.