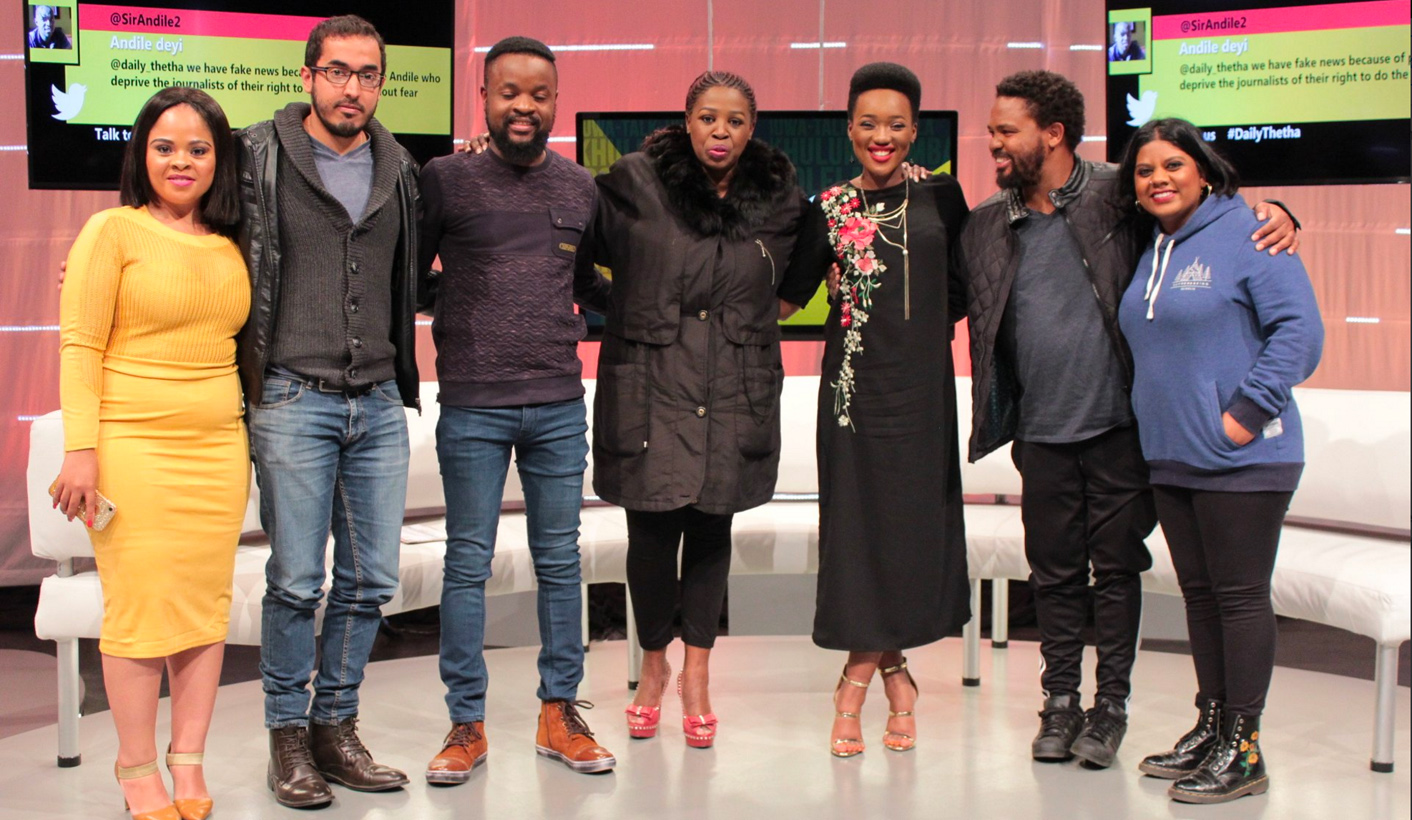 Black First Land First only fights with white people, even though black journalists are “house negroes”. But just this once, they’ll make an exception. Should he challenge them, they’ll see amaBhungane’s Micah Reddy in court. By MARELISE VAN DER MERWE.

Black First Land First made its position clear following an altercation with amaBhungane journalist Micah Reddy in Braamfontein on Monday: offend them at your peril.

“We don’t fight with black journalists, even though we regard them as house negroes,” National Spokesperson Zanele Lwane told Daily Maverick. “He should not have insulted our members. He should not provoke our members. Our members are thinking people.”

Reddy had participated in a debate on the Daily Thetha show at SABC1’s studios alongside BLF leader Andile Mngxitama. The pair appeared alongside other panellists in front of an audience. According to Reddy, the show went live at Shine Studios at 11:00 and entailed a “heated debate” on fake news, the #GuptaLeaks and other topics. After the show, there was a brief photoshoot and the panellists greeted the presenters before leaving the studio with the last of the audience members.

In an affidavit, Reddy said that as he left Shine Studios, around five men and women accompanying Mngxitama suddenly started heckling Reddy, gesturing and shouting, and accusing him of spreading fake news. Their demeanour was “unambiguously threatening”, he said.

Reddy asked who they were and, as they confirmed they were BLF members, he admitted to flicking his hand dismissively at the group. One was wearing a BLF t-shirt and declared he was “proudly BLF”.

In Reddy’s version of the story, the group, including Mngxitama, ran after him, cursing, as he attempted to leave. Some bystanders tried to hold them back. At one point, a particularly aggressive individual kicked at him. Another pulled at his backpack and jacket, trying to restrain him. Eventually, bystanders successfully intervened. Reddy described the studio staff as very apologetic.

Describing the incident to News24 later in the day was amaBhungane journalist Sam Sole, one of the applicants of a recent interdict granted against BLF. The High Court ruled in SANEF’s favour that BLF members could not intimidate, assault or harass journalists, or go to their homes.

But BLF says it was Reddy who intimidated them.

“We did not intimidate any journalist today. He intimidated our members,” said Lwane. “I don’t know what kind of reaction he expected from the people he was intimidating.

“He swore at BLF members. He said ‘Fuck you’. That’s what started the whole altercation outside. ‘Fuck you’ is an insult to people. So I don’t understand where does the intimidation stuff come from, because he is the one that insulted BLF members. What was supposed to happen?”

Reddy confirmed on Monday evening that he would be pressing charges.

Lwane did not believe the group had anything to fear regarding a contravention of the interdict, saying Reddy “must go ahead” if he wished to take legal action. “We still stand by what we have been saying today,” Lwane said. “I am asking you: is saying ‘fuck you’ to a person some form of greeting? Is it a compliment? How is one supposed to react when someone swears at you out of the blue? Are you supposed to laugh it off and continue as normal? I don’t understand. How is BLF supposed to conduct itself in that kind of a situation when someone arrogantly insults its members?”

Reddy also got off relatively lightly, the group added.

Lwane told News24 that if Reddy were a white journalist, the group would have dealt with him “by any means necessary”.

Over the weekend, BLF denied issuing death threats to outspoken ANC MP Makhosi Khosa, saying they did not target black people and such behaviour was “not our movement”.