GroundUp: ‘Where must we go?’ ask sisters facing eviction from wine farm 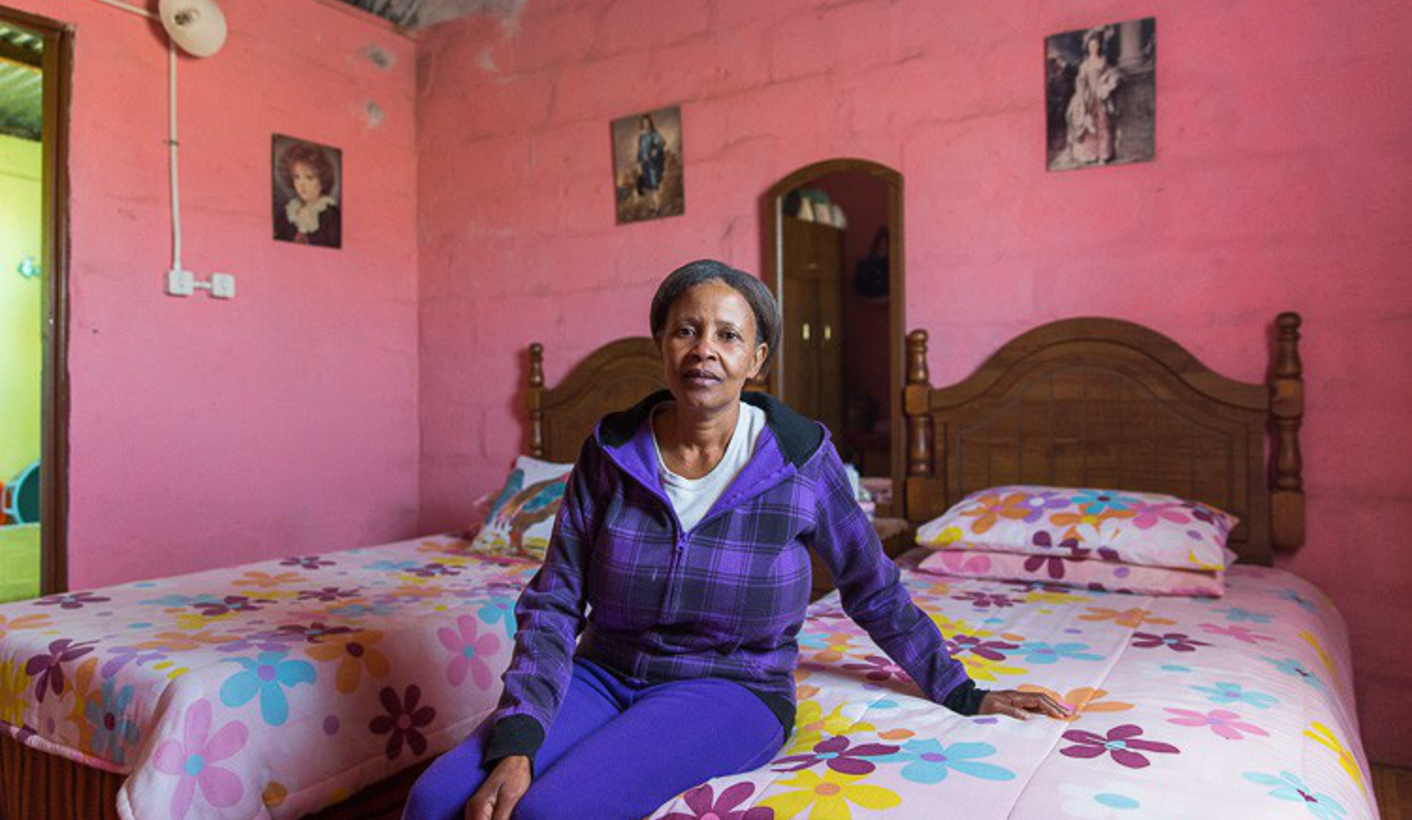 Owner of Excelsior asks – but what can we do? By Ashleigh Furlong and Thembela Ntongana for GROUNDUP.

“This place is all I know. I thought I would die here just like my parents,” says 56-year-old Josina Gova.

But Josina and her younger sister, Miriam, are facing imminent eviction from their two-bedroomed home on Excelsior wine farm, outside Robertson.

Since the death of their elderly mother two months ago, the sisters live alone. Despite the bright yellow walls and floral curtains, the house is dilapidated, with a gaping hole in the ceiling exposing the rafters. They say the house has not been maintained.

The farm owner, Peter De Wet, wants the sisters to move out. He says he needs the house for other farm workers.

De Wet is aware of the lack of housing in the area. He says “people need to live in decent housing”  but the municipalities have limited budgets, waiting lists are long, there is no cheap rental stock, farmers are not building new houses because of the long eviction process, the population is growing and jobs aren’t being created. “The whole situation is a stuff up,” says De Wet.

The housing backlog according to the Langeberg Municipality currently sits at over 3,300 in Robertson and the total backlog is over 9,300 for the area.

Questions put to the municipality went unanswered by the time of publication.

Photo: Josina Gova  in the home where she has lived since she was a child.  Photo: Ashraf Hendricks

A lifetime in their family home

Miriam was born on Excelsior. Josina moved to the farm when she was a child. Their parents were employed by the De Wets and retired 30 years ago. After they retired, they were allowed to continue to live in their home.

Neither Miriam nor Josina worked on Excelsior. They both worked as domestic workers in Robertson.

When their mother had a stroke in 2011, Josina quit her job to care for her. Soon after this, Josina’s own health deteriorated. Last year, Miriam left her job, so that she could care for both her mother and her sister.

While both sisters are frail, neither are old enough to receive an old age grant. Unmarried and without children, the sisters rely on other family members for support.

De Wet says that there are more and more cases like the Govas where adult children remain living in their childhood homes. “These children then start their own families and still keep living in the house,” he says.

He said eviction “is horrible”, but “what do we do?” De Wet asks.

“Where do we go?” asks Miriam. For the Gova sisters, who have no alternative accommodation, an eviction will be devastating.

“Because we’ve lived on the farm all these years,” says Miriam, sitting in her kitchen on a chilly winter morning. “We are so heart sore. It’s been seven weeks since my mother died and he [De Wet]  wants to throw us out. What does he think? Where must we go?”

“We know this is his farm and he can do whatever he wants, but if he wants to move us he must move us to a decent house not a wendy house,” says Josina.

She says that De Wet has offered to pay for a wendy house if they leave their childhood home.

GroundUp has reported on wendy houses in Nkqubela, outside Robertson, where it appears farm workers are dumped by farmers in the area.

De Wet says he will not act illegally to evict the sisters, but if an agreement cannot be reached, he will proceed to court.

Photo: Excelsior Wine Farm near  Robertson. The owner,  Peter de Wet, says  he has no option but to evict the Govas who live on his farm. This photo is taken from their house. Photo: Ashraf  Hendricks

What does the law say?

According to the Extension of Security of Tenure Act (ESTA) an occupier’s right to residence may not be terminated if the occupier has resided on land for ten years or more and has reached the age of 60. Nor may it be terminated if an employee or former employee is unable to work due to ill health, injury or disability. This would have protected the sisters’ parents but leaves the sisters without much legal standing as both are under 60 and they never worked at Excelsior.

What recent judgments tell us  about evictions

The situation for the Gova sister could change if a recent Constitutional Court application for leave to appeal the eviction of the Bopape family is successful.

In the case, Lawyers for Human Rights (LHR) are acting on behalf of the Bopape family, who are challenging their eviction from land which the family has lived on “for time immemorial”.

The eviction was granted in the Land Claims Court and leave to appeal was denied in the Supreme Court of Appeal.

Attorney at LHR Louise du Plessis says that in the Bopape case LHR argued that the adult children have “either established some right in terms of the common law, alternatively that it is not justifiable in terms of Section 8 of ESTA to evict them”.

“It is unfortunate that the proposed amendments to ESTA still do not give better protection to people who are on [the] land their whole lives,” she says.

“Land is a resource, like water, and cannot only be dealt with as a commodity. The emphasis must move to what the land use need is.  If that means that there is one more limitation to ownership, then that is what must happen. In many cases, it is absolutely possible that occupiers can continue to occupy on the land without interfering with the land use of the owner – we need to find that balance,” says du Plessis.

De Wet, on the other hand, sees the implementation of ESTA as the problem. “The implementation of ESTA has made the situation far worse for both parties. No farm housing gets built. Maintenance, generally, is not what it should be, and overcrowding is becoming an issue. The answer is to increase supply of housing but no farmer will build more housing, and no private developer is entering the low cost housing market in the rural areas.”

A  ruling in the Constitutional Court on 13 July has been described by LHR attorneys ,who acted for the applicants, as having “shattered any hopes that the Extension of Security of Tenure Act (ESTA) could be used for radical rural transformation”.

The judgement confirmed the eviction of the families from a farm outside Stellenbosch to Wolwerivier and also confirmed that a constitutional duty lies with the City to provide suitable alternative accommodation when occupiers are legally evicted and rendered homeless.

The judge also found that: “The applicants’ concerns about what made the initial accommodation ill-suited have been addressed by the City to the best of its abilities. Cognisant that the duty is one of progressive realisation, I accept that the housing units at Wolwerivier qualify as suitable alternative accommodation which is provided by the City within ‘its available resources’.”

LHR added that the judgement meant that “private farm owners will thus have all the benefits of housing their workers on their properties, but will carry none of the obligations that arise when the same workers are evicted.” DM

Photo: Miriam Gova faces eviction from the farm where she was born. Photo: Ashraf Hendricks