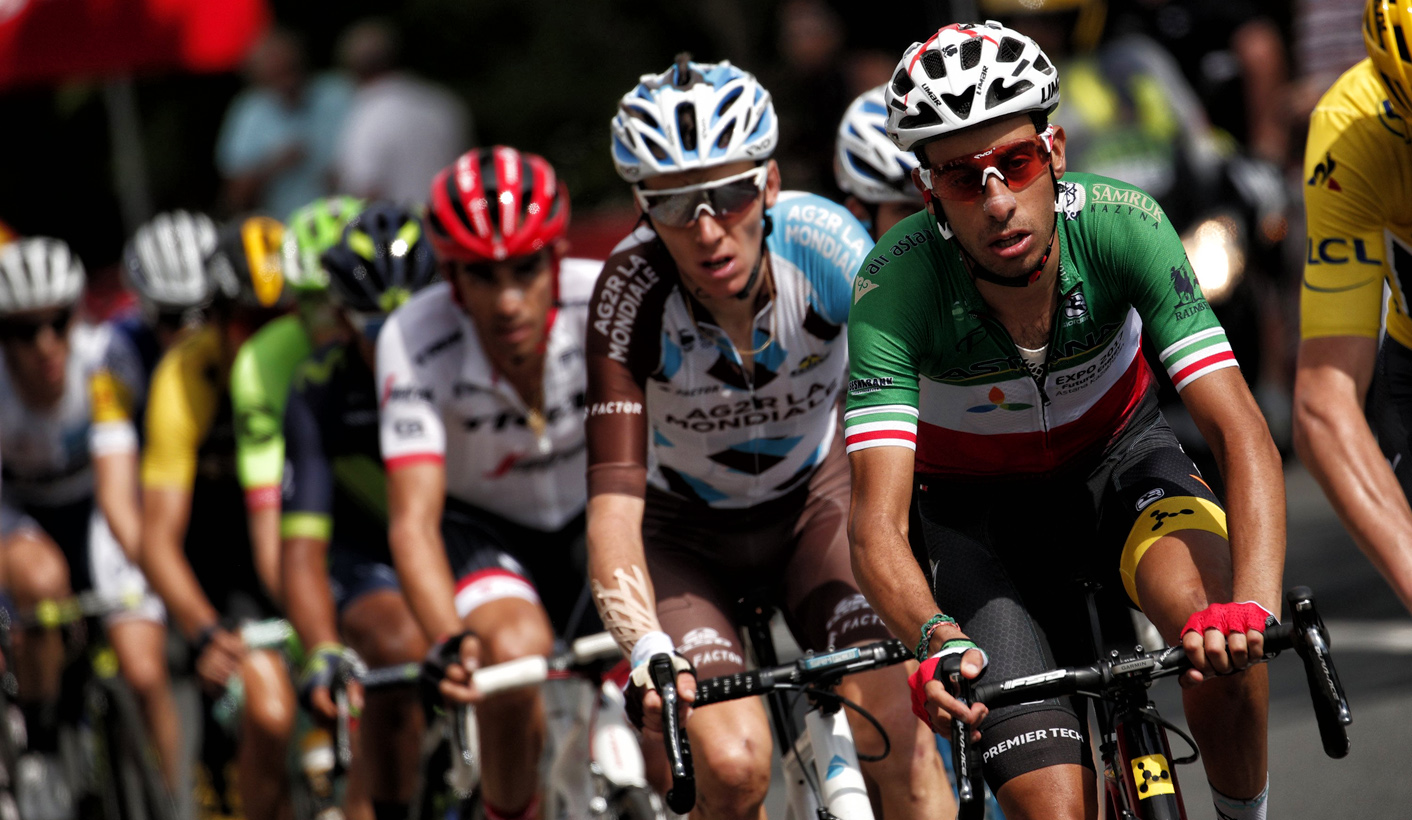 Not much to see, just a bunch of hills and Basque country flags in the Pyrénées. It was tough as hell and if you were watching Steve Cummings towards the end, you might have been concerned that he might drown in his own sweat.

Despite the brutality, it was very much a waiting game. The break went, the peloton let it and then later it was all about who had carried their riders best and who had the most left in the tank.

Cummings tried his best to be that guy, but the hills took their toll. With only a few kilometres to go, he was cooked and caught. Team Dimension Data has won something, though. Steve Cummings got himself the “most aggressive rider” gong. And there wasn’t even an elbow in sight.

What happened on Stage 12?

Fabio Aru had Chris Froome in his sights for much of the 214.5km slog on one of the most hellish days on the tour so far. Neither men won the stage – that honour went to Romain Bardet – who was the only one with gas left in the tank for the steep hill finish. Froome’s team had brought him up brilliantly, but his legs had other ideas. Friday is going to be tough, but the racing will probably be the opposite to what we saw on Thursday.

A fantastic day for Louis Meintjes who was right up there with the chasing pack. He finished the stage in fifth spot overall and first in the youth classification, but remains second in the overall youth classification. Daryl Impey came in at 78th; Jaco Venter was 135th, just ahead of teammate Reinhardt Janse van Rensburg who was 134th.

What can we expect on Stage 13?

Sweet and short on Thursday. Well, short, definitely not sweet. Probably salty considering this is mostly taking place in the mountains and there will be plenty of sweat. The riders go from Saint-Girons to Foix, just 101km. It’s also Bastille Day so expect lots of bad puns about going on the attack. We’ll get our coats. It’s another uphill finish, so expect more grimacing.

“It’s the biggest thing that could happen to me, I never imagined it, stage was very, very hard and I’m very pleased to wear this jersey for my team-mates. It won’t be easy to defend, we’ll do the best we can.” – Yellow jersey wearer, Fabio Aru. So all that nonsense about visualising your dreams isn’t something that occurs to pro cyclists.

Fabio Aru has pipped Chris Froome to the honour. Aru is six seconds ahead. DM