Ray Phiri: A musical superstar who held the hopes and pain of the nation 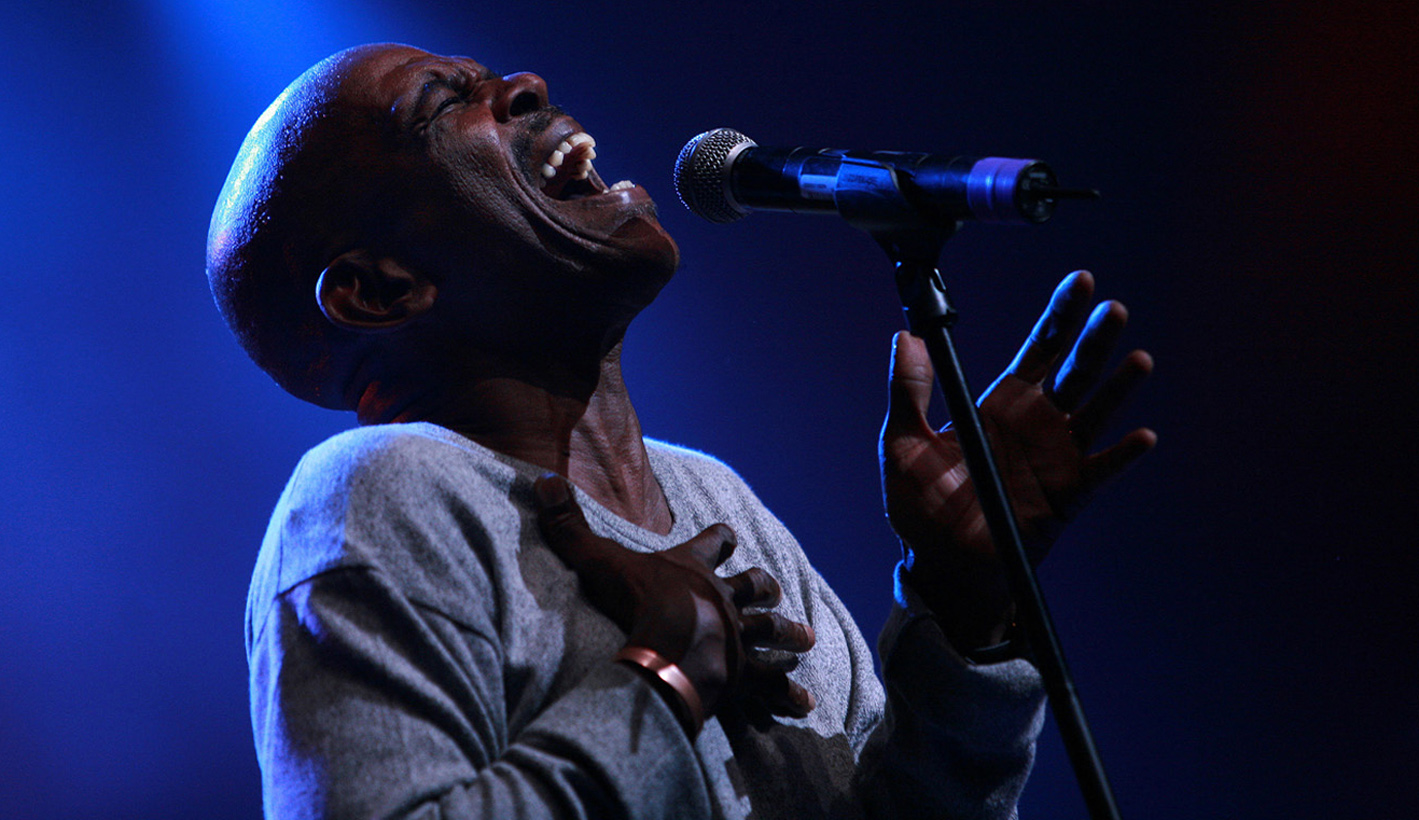 The sudden death of Ray Phiri, guitarist, vocalist, producer, composer and arranger at the age of 70 on Tuesday has robbed South Africa of one of its foremost talents. Phiri was a man whose unique artistry contained the fears, hopes and dreams of South Africans. Together with mega-band Stimela, Phiri created a timeless, authentic hybrid sound that would go on to seduce the world in 1985 when Paul Simon showcased South African talent on his Graceland album. Hamba kahle Raymond Chikapa Enock Phiri. You were one of our brightest stars. By MARIANNE THAMM.

‘We’re all tributaries in the great river of pain’

– Stimela, Whispers in the Deep

There are too many to single out. Songs by Ray Phiri and Stimela that formed the soundtrack to our lives in the 1980s and that today are lyrically as relevant, musically as exciting and unpredictable and spiritually as nourishing and inspiring as they were back then.

There’s the iconic, plaintive and meandering Whispers in the Deep, a balm calling for love in a time of violence. “I am inspired, I cannot understand hate” goes the refrain. There is African Changes, Unfinished Story (1987), the superbly defiant Look, Listen and Decide (released in 1986 and banned by the SABC), See the World (Through the Eyes of a Child). There are many, many more in Phiri and Stimela’s stellar career of multiple platinum sales.

And Phiri has now suddenly exited stage left, just when we need him most, when South Africa once again craves the healing and kindness of poets, singers, musicians, artists who can see us through the violence and current confusion.

But as Phiri himself remarked, his songs will remain in the hearts and minds of South Africans who were fortunate to have been exposed to his talent live on stage (he was mesmerising to watch) or through the prolific body of work he leaves behind. Ray Phiri was one of a kind.

His fluidity and versatility as a vocalist, performer, composer and arranger, always pushing the predicable, is what ultimately defined him and wowed and dazzled the world.

News of the beloved musician’s death in Mpumalanga in the early hours of Wednesday morning from lung cancer spread quickly, making international headlines.

It was Phiri as well as other South African musicians including Stimela drummer Isaac Mtshali, bassist Bakithi Khumalo as well as Joseph Tshabalala’s Ladysmith Black Mambazo who brought to Simon’s Graceland a sound and energy that catapulted the album into an international musical phenomenon.

It was Graceland that introduced accomplished world-class talents like Phiri, Khumalo and Mtshali to the world.

Phiri, who grew up near Nelspruit, was inspired to learn guitar watching his stepfather, a Malawian troubadour, “Just Now Phiri”, play. The young Ray, who had a unique on-stage dancing style (sort of a funky chicken), would perform during his father’s show. When his father lost three fingers in an accident, Ray picked up his guitar and taught himself to play.

Stimela was formed in 1980 when keyboardists Thabelo Kgomo and Charlie Ndlovu joined the band.

In 1985 Phiri gathered together a stellar collection of musicians and called the collaboration Thoughts, Dreams and Visions.

The six-track album was titled Soul Safari – A man, A dog and A cow – Featuring Ray Phiri and featured guest artists Teaspoon Ndelu and Mandla Masuku on alto sax and Sello Mpatsoane on trumpet.

In retrospect this is a massive collaborative project to pull off – but such was the charisma and inspiration of Phiri. The album remains a musical treasure.

It was Paul Simon’s musical expedition in 1985 that finally saw Phiri’s talent being showcased outside of South Africa. Phiri also arranged the album, providing its now globally distinctive sound. He would go on to collaborate with Simon on his following project, Rhythm of the Saints.

Phiri as well as co-vocalist Nana Coyote (who died in 2010) were the emotive voices of Stimela. Both men were mesmerising to watch as they bent and wove their vocals through the arrangements.

Phiri was a brave artist and he made us brave. He was also a dreamer, always searching for a better space.

We end with a young Phiri’s own words, penned for the back sleeve of the Soul Safari album.

“Thoughts become our vision where dreams left off/ We are living the dream through a musical conversation/ Dreamers of this age have visions/ Thoughts of a man, a dog, a cow, is a symbol of unity/ It’s a slow train production and I don’t wanna get off/ Friends of friends of friends and friends let the music play on”. DM

Photo: Ray Phiri performing with Stimela in Midrand, when they were celebrating 25 years in the music industry, 1 April 2007. (Wikimedia Commons)