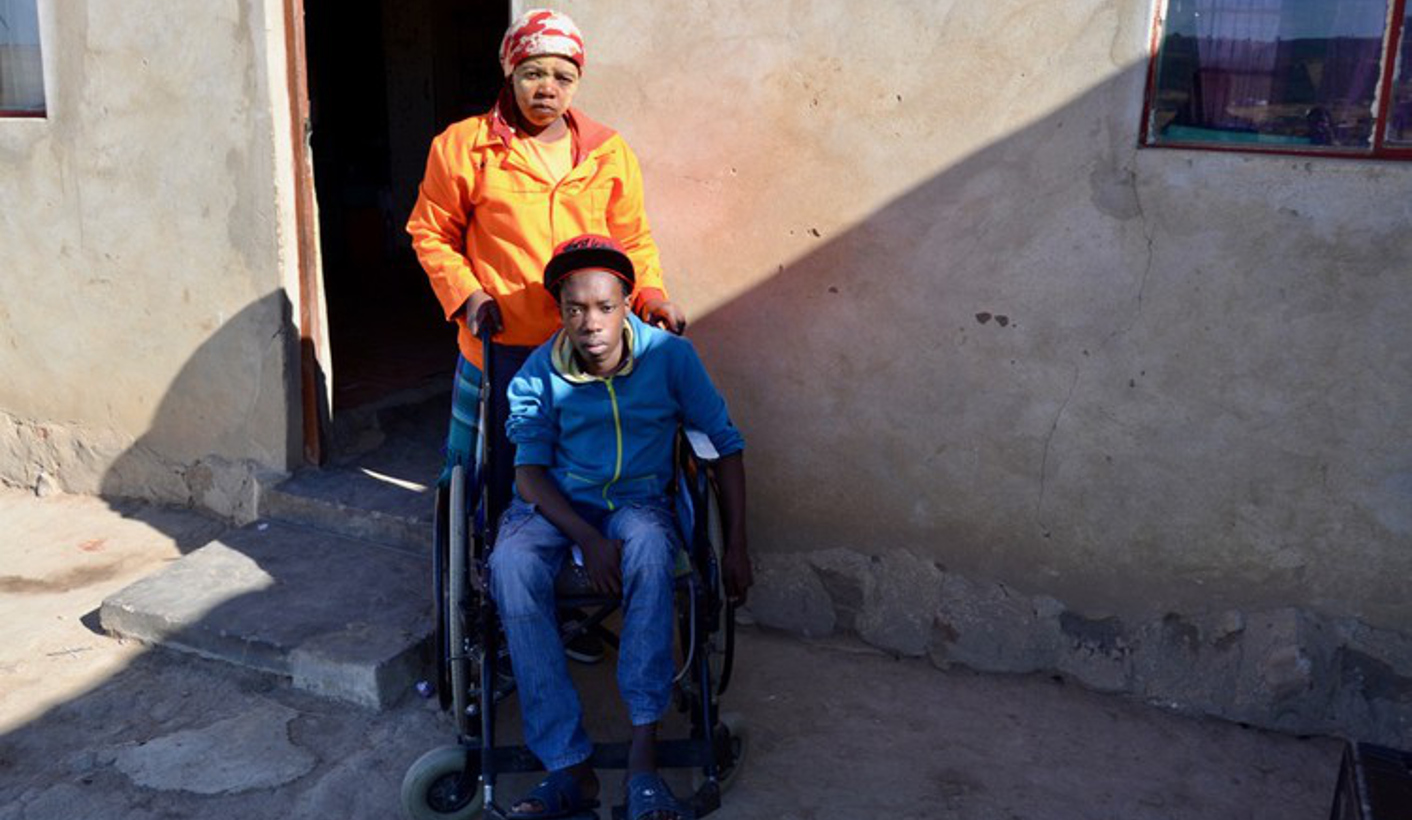 The department has doubled placement but waiting lists are growing. By Moira Levy for GROUNDUP.

At a meeting of the Basic Education Portfolio Committee on the provision of education for children with disabilities, MP Sonja Boshoff (DA) raised serious doubts about the department’s claim that there are 11,461 disabled pupils waiting for schools.

Given that past figures place the number of  children not in school  because of disability at 300,000, Boshoff believes the department’s figure does not come close. Waiting lists for special schools increase every year, and those still waiting are getting too old to attend school as there are age limits for admission to schools.

The committee had called in the Department of Basic Education for a progress report on  delivery of inclusive education  and special education for children with disability.

Boshoff said she had seen children with disabilities in Mpumalanga who are out of school, but the provincial education department informed her it had no waiting list. The province says all children with special needs have been placed in ordinary schools until space is found for them in special schools.

KwaZulu-Natal reports 2,769 children with disability on its waiting list. The waiting list in the Eastern Cape is 2,160.

The South African Schools Act says that no learner should be put on the waiting list; their names are supposed to be placed on a central database if schools cannot accommodate them.

The Constitution, the National Development Plan, the Sustainable Development Goals, and the Incheon Declaration of the World Education Forum were referred to in the committee meeting. They all confirm that the state has a commitment to provide schooling for children with disabilities.

The number of children with disabilities receiving some form of education has almost doubled over the last 15 years, according to the department.

It reported there are 464 special schools in South Africa and another 715 “full service” schools that make some sort of provision for children with disabilities.

The committee was satisfied to hear that the department had reached its target of placing more than 240,000 such pupils in schools at the last count in 2015.

The numbers may have improved and R477-million was set aside this year to assist pupils with severe to profound intellectual disabilities to access support and quality education, but even 11,461 is a lot of children awaiting intervention.

Recent evidence has also shown a number of the “full service” schools do not have the basic facilities required to qualify, such as ramps, suitable toilets and support staff.

Often little or no provision is made for children with disabilities in poor and rural areas. There are only 11 special schools in the Northern Cape and no units or special classes attached to ordinary schools throughout that vast province.

In response to questions from committee members who wanted to know when the last audit of special schools was conducted, Dr Moses Simelane, Director for Inclusive Education, said the official number of children living with disabilities who are out of school is close to accurate since the department has entered into a memorandum of understanding with StatsSA.

What also helps keep track is the department’s co-operation with the departments of social development and health, Home Affairs, and the South Africa Social Security Agency.

The department said it cannot achieve anywhere near universal education for the disabled unless other government departments, like Health and Transport, play their part.

The provision of transport across the provinces is skewed. Provinces like Limpopo and Mpumalanga do not have enough school transport for special schools and fee-paying schools are required to fund their buses, which have to adhere to certain requirements.

Children with disabilities are kept at home for many reasons. These range from incontinence to the dire shortage of properly trained educators equipped to deal with possible medical emergencies.

But of most concern to the committee was that the majority of children with disability are stuck at home because there is not enough space to accommodate them.

Another concern was that special schools have not been declared “no fee” schools and many parents were unable to pay the fees.

Director General Mathanzima Mweli agreed that the time has come for special schools to be declared no fee schools. He said the department needs to prioritise this. DM

Photo: A year ago, GroundUp reported on 21-year-old Montoedi Nyangweni (photographed here with his mother, Nokukhuthala) who stopped school at grade 6 because of his disability and wants to return to school. He is still not in school and he needs a wheelchair. Photo: Manqulo Nyakombi