Cape York fire: Death in the ‘devil’s den’ could have been avoided 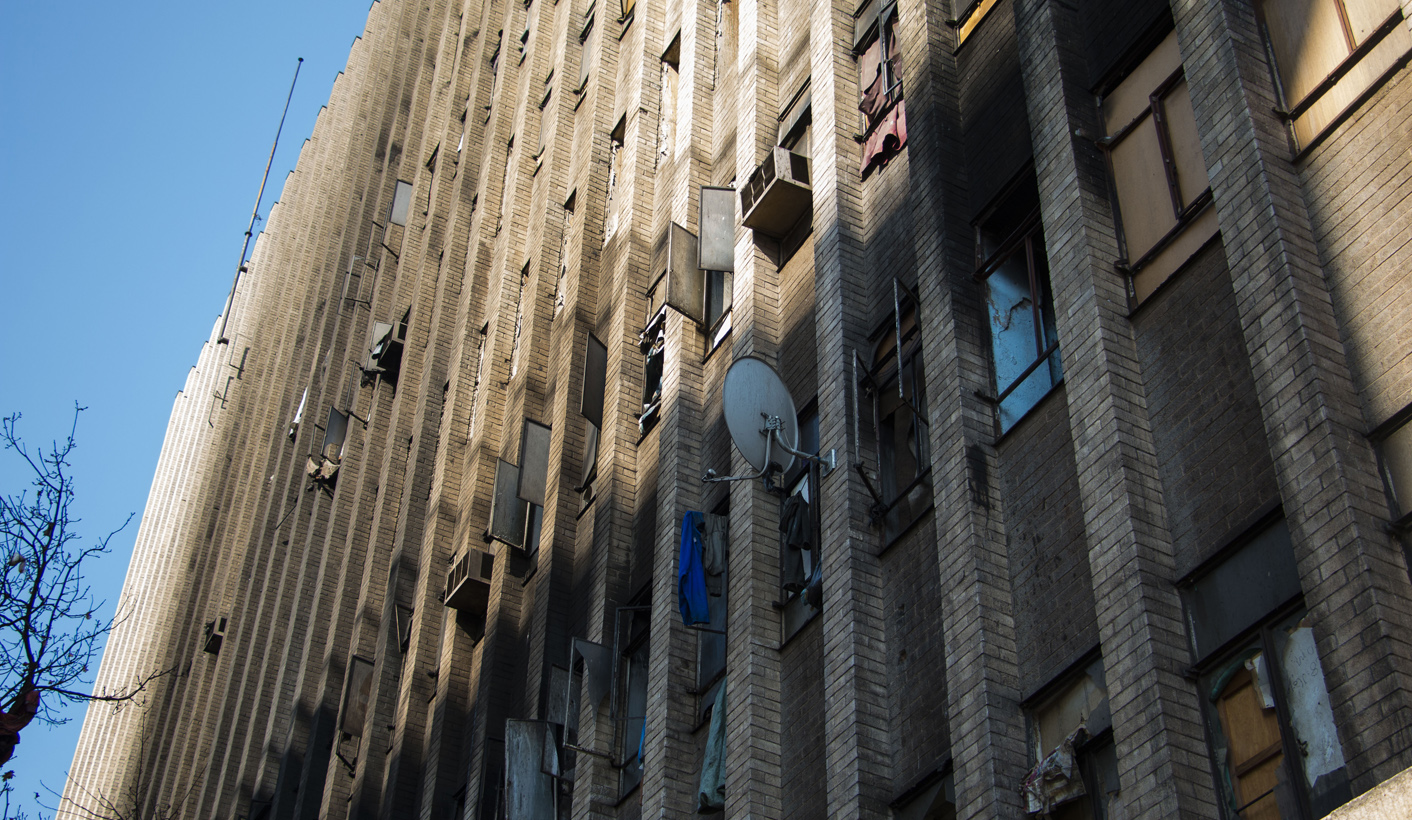 Seven homeless people died last Wednesday when a fire broke out at the Cape York building in the Johannesburg city centre. The fire started on the second floor of the building – one of several in the city which have become home to hundreds if not thousands of homeless people. The city has long promised to wrest back control of the abandoned buildings, but has so far failed to do so despite the danger these buildings pose. By BHEKI C SIMELANE.

It was not the first time that the abandoned building on Nugget Street in Johannesburg burned. It wasn’t the second. It probably won’t be the last.

In August 2013, three adults and a baby died when a blaze broke out in the building. In September 2016, there was another blaze but fortunately no deaths were reported.

On Wednesday seven people died – one of whom jumped to his death as he attempted to escape the flames. Their deaths could have been avoided.

The Socio-economic Rights Institute of South Africa (Seri) has revealed that in 2013 the City of Johannesburg was instructed by the court it to clean up the Cape York building, to provide sanitation services to its residents and to ensure that the building no longer presented a health hazard.

This did not happen.

“This place is the devil’s den. That is why we are dying by fire. There are drugs everywhere and it’s filthy, with no water, and no electricity. Life in this joint has no value,” 22-year-old resident, Dimpho Makoatsi said after escaping the fire.

Makoatsi, originally from Boksburg, is among 346 people who had turned the Cape York building into a home. She had been living there since March, a decision she took so that she could be closer to the drug dealers who ply their trade there.

“People here live for drugs,” Makoatsi’s boyfriend, Thabo Zulu, 22, said. To escape the fire Zulu slid down a rope hanging from a window of the fifth floor where they were trapped, before running back in to guide Makoatsi out.

A friend of the couple’s may not have been so lucky. According to Zulu, after a police raid at the building by the police last week, his friend, “China”, was tossed out of a window of the second floor by Tanzanian nationals who accused him of stealing their drugs. “He had not fully recovered. He could hardly walk. I don’t think he survived the fire,” Zulu said as tears formed in his eyes.

The dead are yet to be identified and investigations into what started the fire are continuing.

Residents believe the fire that engulfed several floors of the building may have been started by a man who was seen burning the plastic off copper cables on one of the floors.

The building has been declared a crime scene and once investigations are complete it will be sealed off to prevent people from occupying it again, Johannesburg City mayor, Herman Mashaba said in a statement following the fire.

For Mashaba, Wednesday’s fire was not his first encounter with the Cape York Building – less than two months ago, he accompanied the Johannesburg Metro Police Department and the South African Police Service when they raided the building in search of a missing teenager.

The building, originally an office building with retail shops on the ground floor, is notorious. Local councillor Nokuthula Xaba talked about people who have businesses near the building saying they were terrified to walk past it for fear of being robbed in broad daylight.

But upgrading buildings like the Cape York and other abandoned or hijacked structures has proved difficult for city administrators.

According to Mashaba, slum lords are using residents’ desperation to their advantage by “extorting huge sums of money from those who turn to them for shelter, even under the most horrible of living conditions”.

“We are currently doing an audit of all abandoned and hijacked buildings in the city. We want, with assistance from the private sector, to turn these into low-cost affordable housing for our residents. We are collecting data on the occupants of the buildings, including, age, sex and employment status,” city spokesman, Karabo Tledima said.

This way, the city will know how many people they will need to provide accommodation for.

In order to turn these buildings into low-cost housing, the city has to evict the current residents and to do that, the city must provide those evicted with alternate accommodation, according to a Constitutional Court ruling.

With a major housing backlog estimated at 300,000 units, and an average delivery of only 3,500 housing units per year, this is no easy task.

“We have limited space to move our people out of these buildings,” Mashaba said.

Tledima said the city had allocated an additional R9.5-million for the provision of more shelters for the displaced and had plans to develop 200 transitional units in the next financial year, and 1,000 over the medium term.

Nomzamo Zondo, Seri director of litigation, said in a statement that if Mashaba was serious about ensuring that people in the inner city lived in humane and healthy conditions, he needed to implement a four-point plan:

“Only then will these fires and the fatalities that come with them be rare rather than tragically inevitable,” she said. DM