No Filter vol. 1: The artist cannot live on hand-outs alone 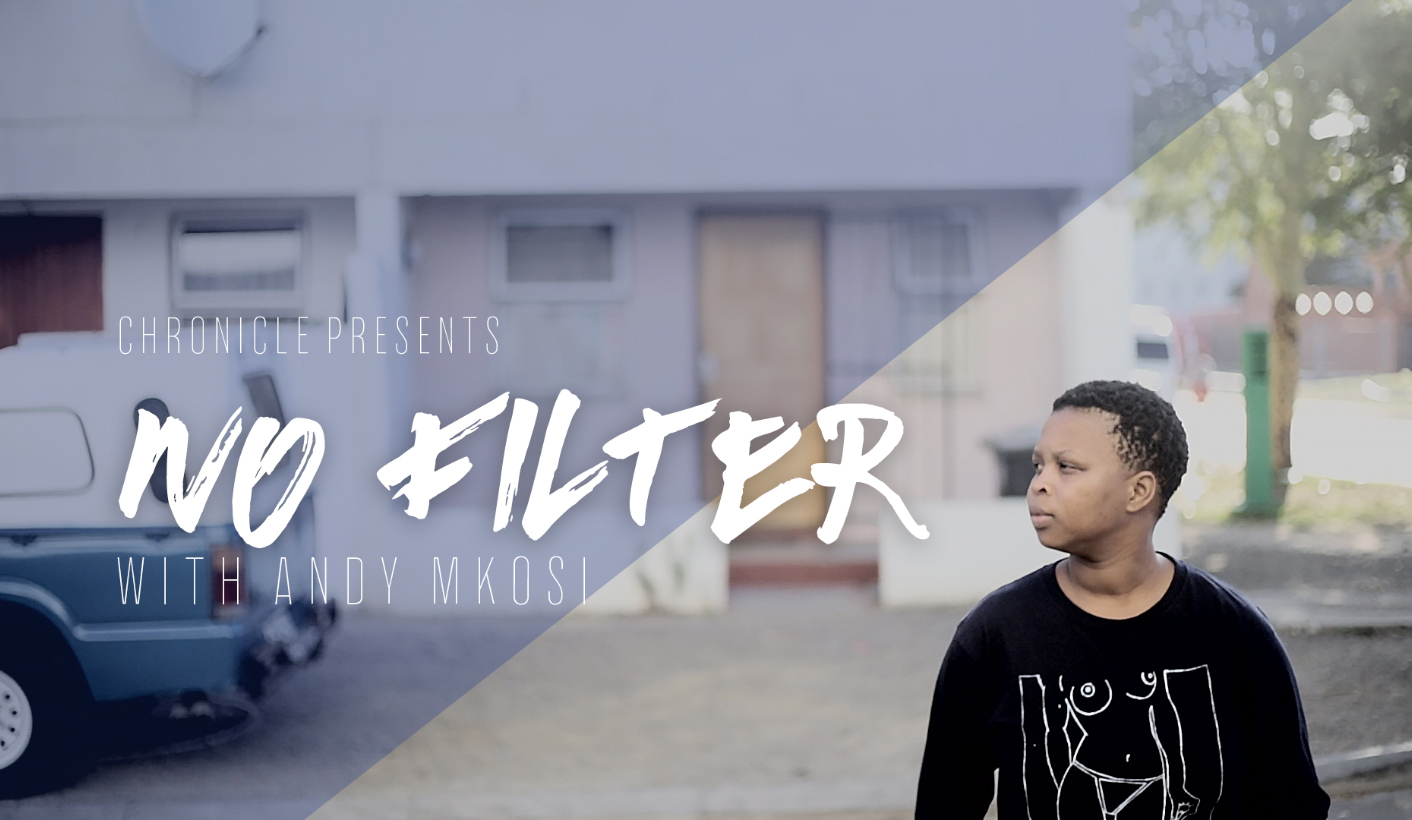 It has been a good 2017 for 26-year-old photographer and musician, Andy Mkosi. In the first quarter alone she released her fourth EP, This Audio is Visual – the harmonious marriage of her two arts – and photographed the artwork for two much talked-about debut books: Kholeka Phuthuma’s poetry anthology, Collective Amnesia, and Rhofiwa Maneta’s short story collection, Metanoia.

“I’ve been lucky enough to be able to book work that’ll be able to sustain me for the rest of the year,” said Mkosi. And if by “luck” she means hard work, innovation and preparation meeting moments of opportunity, then Mkosi is a living, breathing lucky charm.

Photo: Mkosi poses for the lyric book of her latest EP, This Audio is Visual. Image provided.

Since the age of 22, Mkosi has been beckoning opportunity with her creative and entrepreneurial efforts. In 2012, she founded Jam That Session with friend and fellow musician, OB Mavuso. The pair’s frustration over an unmet need to connect with their desired audience led them to founding the platform – and helped launch many creative exploits in Cape Town. Jam That Session will go down in the minds of many Capetonian creative youth as having provided arable soil for an emerging young creative arts community to grow and thrive.

“It is almost like we did it at the perfect time, where people were looking for a space to be, especially young black people. They knew that when they came to Jam That Session that they would find a sound that you wouldn’t necessarily get on a mainstream event platform (and) receive quality for whatever they paid for at the door,” said Mkosi.

Photo: Mkosi poses for a self-portrait for the lyric book of her latest EP, This Audio is Visual. Photo credit: Andy Mkosi

The Jam That Session enterprise, along with four EPs released in the past five years, helped Mkosi find the audience she set out in search of at the very beginning: youth with an appreciation for unique and alternative sounds, shared in intimate spaces. Now, having located her tribe, she has launched The Bedroom Tour: a series of live music performances by Mkosi, accompanied by a vocalist, pianist and bass guitarist, in the homes of her fans. You can easily guess by the name which rooms these shows take place in.

“I felt like I’ve never really had, like, a room of my own. So how’s about I go creep in other people’s bedrooms?” she joked. But Mkosi says the intimacy offered in people’s homes is what she enjoys most.

“The nice thing about that intimacy is that, when you perform, people are able to ask questions about the lyrics, about the songs. You interact with them, and then – even after the performance – people can approach you and still speak to you,” she said.

Photo: Mkosi poses for a self-portrait for the lyric book of her latest EP, This Audio is Visual. Photo credit: Andy Mkosi

Going forward, Mkosi aims to stretch herself further out of her comfort zone, starting with the way she packages her music. This Audio is Visual is Mkosi’s latest musical offering. She describes the project as an attempt to merge her photography and music which, until now, had needlessly existed as islands in her work.

“The best I could do was bring them together and then, within that, create a lyric book where I’d have lyrics and an image that accompanies the lyrics of that song.” She plans to publish the printed version of her companion book to her EP later this year.

Mkosi is a firm believer in the power of the determined mind against any obstacles presented before it. Her ultimate goal is to one day live a comfortable life afforded to her by her art. Her philosophy is simple:  if you want something, go get it. DM

To see and hear some of Andy Mkosi’s work, use the following links.