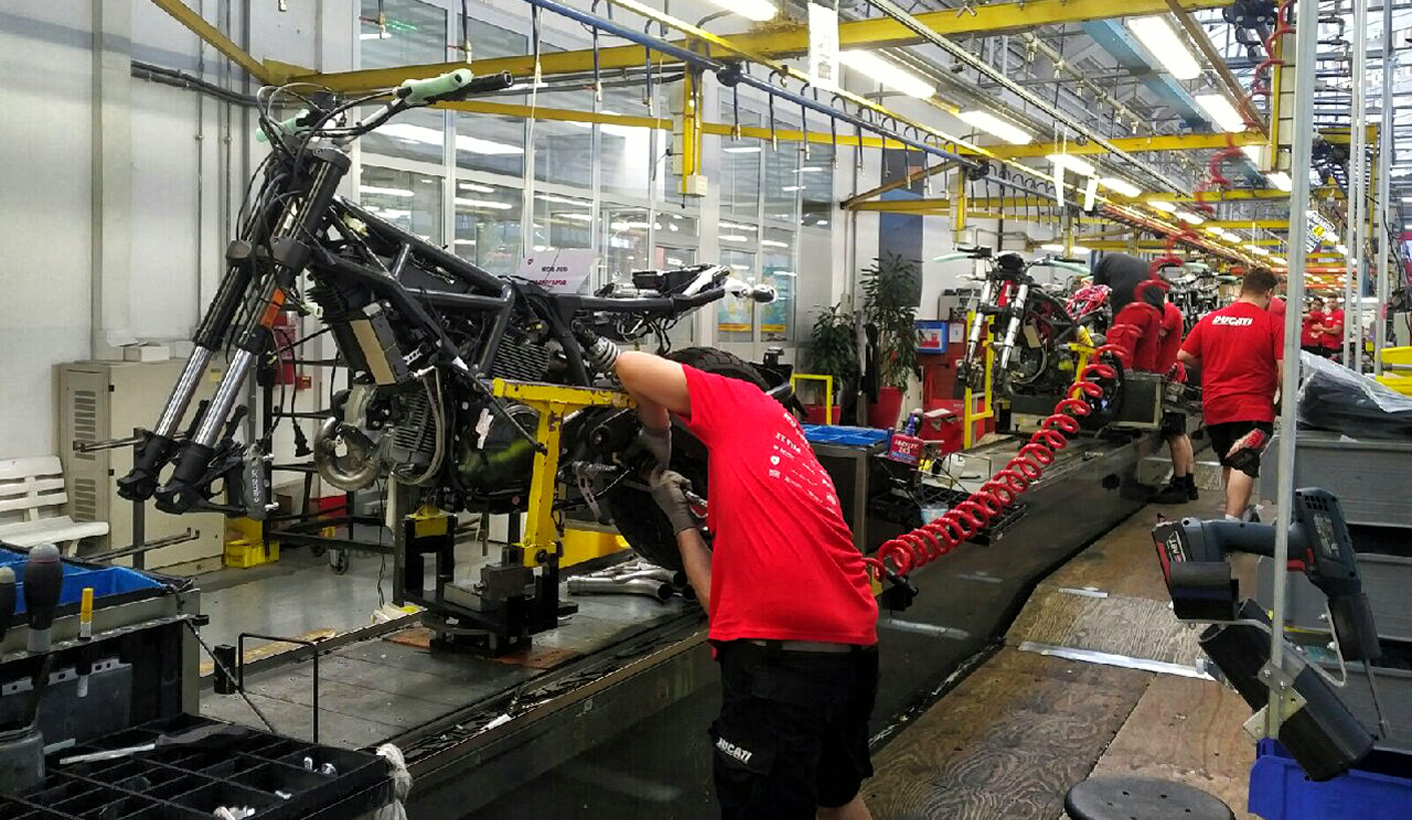 Take two Italian engineering companies based just 50km apart, both producing transport. Both have weathered all manner of financial storms to emerge stronger, market leaders for more than 70 years. Their names are synonymous with style, quality and performance. They define passion and innovation, but also careful branding and market access and awareness. But there are differences between them. By GREG MILLS.

One started as a motorsport team, car production providing the income to fund the racing habit. During the 1960s, it was restructured as a public corporation, before Fiat (later Fiat Chrysler) bought into it. More recently it has been spun publically out via an IPO.

The other made radios in a region considered an early 20th century Italian version of Silicon Valley, with the Nobel laureate Guglielmo Marconi the catalyst for such tech activities.

After the Second World War, it branched off into producing a small engine for powering bicycles. Through a succession of owners, both Italian and foreign, and now owned by Volkswagen through Lamborghini, it has grown its share of the global (heavyweight) motorcycle market to over 5% with 7% growth annually for the past seven years.

Ferrari and Ducati, both once family companies, now multinational entities; the former with 3,000 employees producing 8,000 cars a year in Maranello, Ducati 55,000 bikes with 1,600 employees at three sites worldwide.

Photo: Ferrari’s Formula One winning cars, all in one place.

Ferrari is the most winning team in Formula One, with the most constructor’s championships. The gates to the factory at Maranello, above which perched Enzo Ferrari’s office, have also seen the highest number of winning F1 drivers (15) for any single team pass through, including South Africa’s own 1979 World Champion Jody Scheckter.

High-tech is ubiquitous. In the F1 premises – Scuderia Ferrari – where another 700 work, the ground floor is effectively divided into quadrants. One comprises five bays to prepare the F1 cars, the other three are taken up by electronics’ innovation and testing. On the car production side, the high-tech is notable in the manufacturing processes – from the use of the robotics to insert super-cooled valve seats to completely automated “cold” tests of engines, which slide into a specialist test box, where robots connect all necessary piping and electronics, spin up the unit, before disconnecting it and sending it along its way.

Ferrari is a fully vertically integrated business, with its own body shop in nearby Modena, and foundry. On the line, technicians work in a carefully controlled 73 decibel, 22 Celsius environment, the computer screens above highlighting their task and the time allocated and remaining and the daily roster of units produced.

Ducati’s Borgo Panigale factory in Bologna produces three-quarters of its annual sales, with another 10,000 from its factory in Thailand and 1,000 in Brazil. Ducati made its technology mark in the 1950s through the use of a unique desmodronic valve system, which allows higher performance and revs. Its carbon-fibre limited edition 1,299cc Superleggera weighs in at just 170kg and makes 215bhp, enabling it to wheelie in fifth gear.

Photo: The Superleggera, 12000 revs on the clock, the Author and Ducatis head of global production Silvano Fini

Aside from the need for market-edge through innovation and the maintenance of quality standards, like other performance motorcycle makers, Ducati faces a special marketing and production challenge in the seasonality of demand. Most of its sales are in spring and summer, with 400 bikes produced a day in the first half of the year and just 100 in the second. This has meant a more flexible labour force, both in the number of temporary workers and hours.

But for all of the tech, and the need for markets, what is most notable about both Ferrari and Ducati is the passion inherent in these businesses. The streets through the sprawling Ferrari complex are named after its F1 world champions, a square after five-time Ferrari champion Michael Schumacher, and work stations after various drivers. Rosso courses through all of Maranello.

Equally, most memorable about Ducati is the humanity and passion of its personnel. On discovering the presence of our small African group , the director for worldwide production bounced down to the factory floor to meet with us, enthusiastically taking us through their top secret racing department, Ducati Corse. Seeing their 260 bhp Desmosedici Moto GP engines on the prep tables, being allowed to pick up the featherweight components that will shortly power Jorge Lorenzo and Andrea Dovizioso around the world’s circuits, and being allowed to watch one on the dyno at 16,600 rpm, the titanium exhaust glowing bright red, with the head of the division opening the door to allow us to hear the sound, demonstrates such fervour. Little wonder that Ducati takes on the world with a racing division 10 times smaller than its competitors.

Co-author of the recently-released Making Africa Work, Dr Mills has been in Italy.