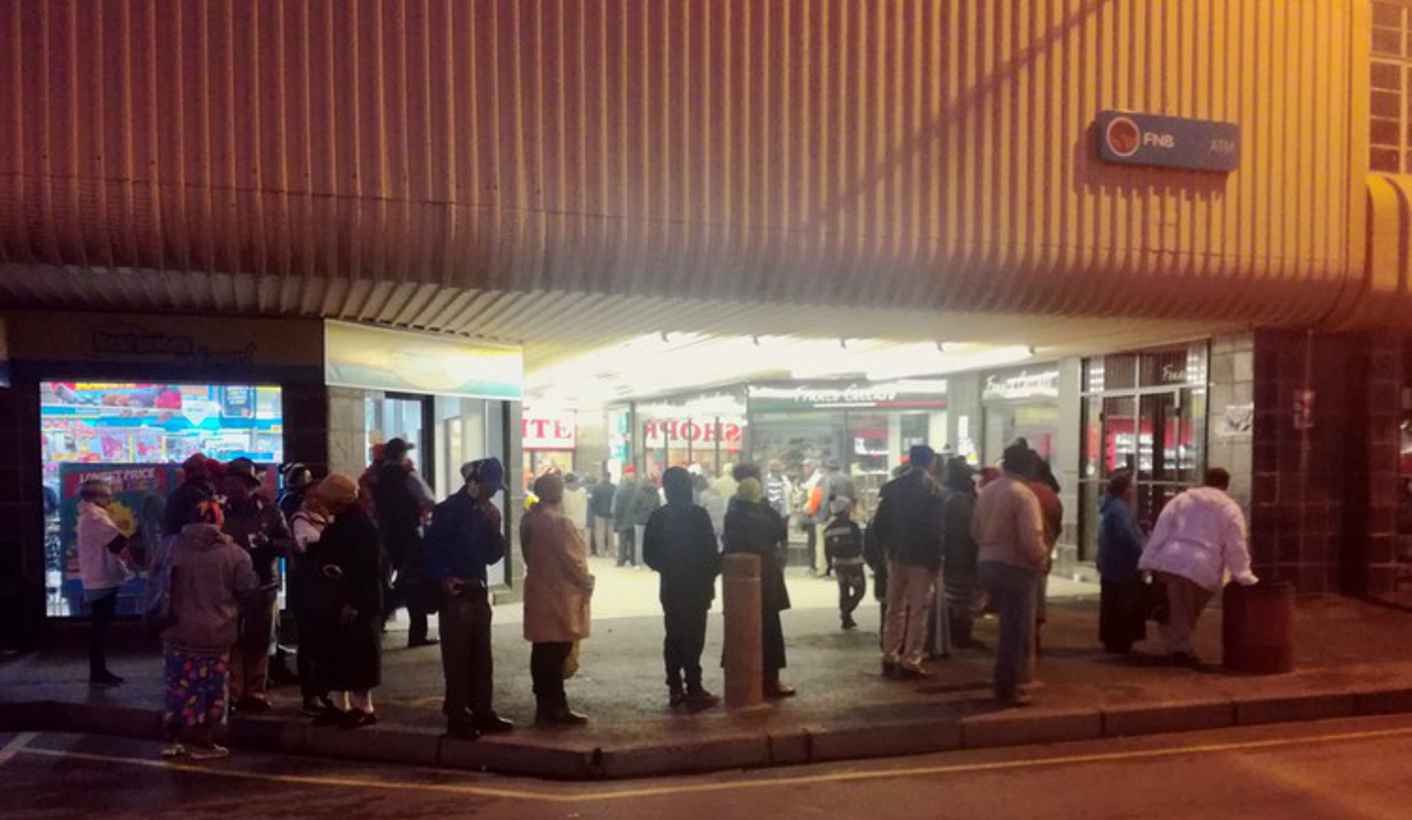 Some social grant beneficiaries in Ceres who cancelled their “green cards” in June have for the first time in months received their full social grant amount.

On 1 July, the Black Sash and Witzenberg Rural Development Centre (WRDC) visited pay points in the area to check whether beneficiaries whose green cards were cancelled had any problems receiving their social grants on their reissued Sassa (South African Social Security Agency) cards.

It was at a community meeting on 18 May, hosted by the Black Sash and the WRDC, that a number of grant recipients complained about deductions for airtime, electricity and multiple funeral policies on their green cards. These card holders wanted to return to the Sassa card.

Representatives from Allan Gray, one of Net1’s major shareholders, also attended the meeting. They committed to putting pressure on Net1 to address beneficiaries’ complaints.

On 5 June, nearly 500 mostly old-age grant beneficiaries from Ceres, Tulbagh, Op die Berg and surrounding areas filled the Bella Vista community hall in Ceres. David Polkinghorne, managing director of Grindrod Bank, and representatives from Net1 and Sassa set up work stations “to deal with beneficiary queries”. By the end of the meeting, 372 green card holders said they wanted to close their accounts.

The event was followed by a war of words between the Black Sash and Net1 who accused the Black Sash of “enticing” grant beneficiaries into attending the Ceres meeting.

GroundUp arrived in Ceres just before 7am on Saturday 1 July. About 60, mostly elderly, people were braving the cold weather to queue outside in a line that stretched around the Shoprite store in Voortrekker Road.

Samuel Damon, 76, from Bella Vista, who was third in line, said he arrived at 4.45am. “If you don’t get here early, you’ll stand whole day and leave without your money. By noon, the shop usually runs out of money and then you have to go somewhere else,” he said.

When the store opened just after 7am, the first 10 beneficiaries were allowed inside. Inside, two tills were designated for grant payments. The queue outside Shoprite began to dwindle by noon. There were also long lines at most of the ATMs in the town’s CBD.

Damon and the first group of 10 beneficiaries let into the store were paid by 8.30am.

“I’m an old man so I don’t always feel safe travelling home (on public transport) with all my money,” said Damon after receiving his grant.

Another beneficiary, Catherina Hanekom, said she was among the beneficiaries who had cancelled their green card. Ten minutes later, Hanekom emerged from the store smiling. “I can’t believe it. My Sassa card works and I got R1,470 of my (R1,600) disability grant. I just have one more payment left on a loan… that’s why I didn’t get the whole amount,” she said.

Jakob Fortuin of Op die Berg, who spoke at the meeting in Ceres on 18 May and cancelled his green card on 5 June, said he received his full R1,600 pension. Fortuin spent months trying to stop deductions for multiple funeral policies he had no recollection of agreeing to.

A few doors down the road, there was an even longer queue of people of all ages outside the XY Money Loans store. Most of the people in the queue were reluctant to speak to GroundUp and the tellers inside said their manager was not there and that they could not comment. DM