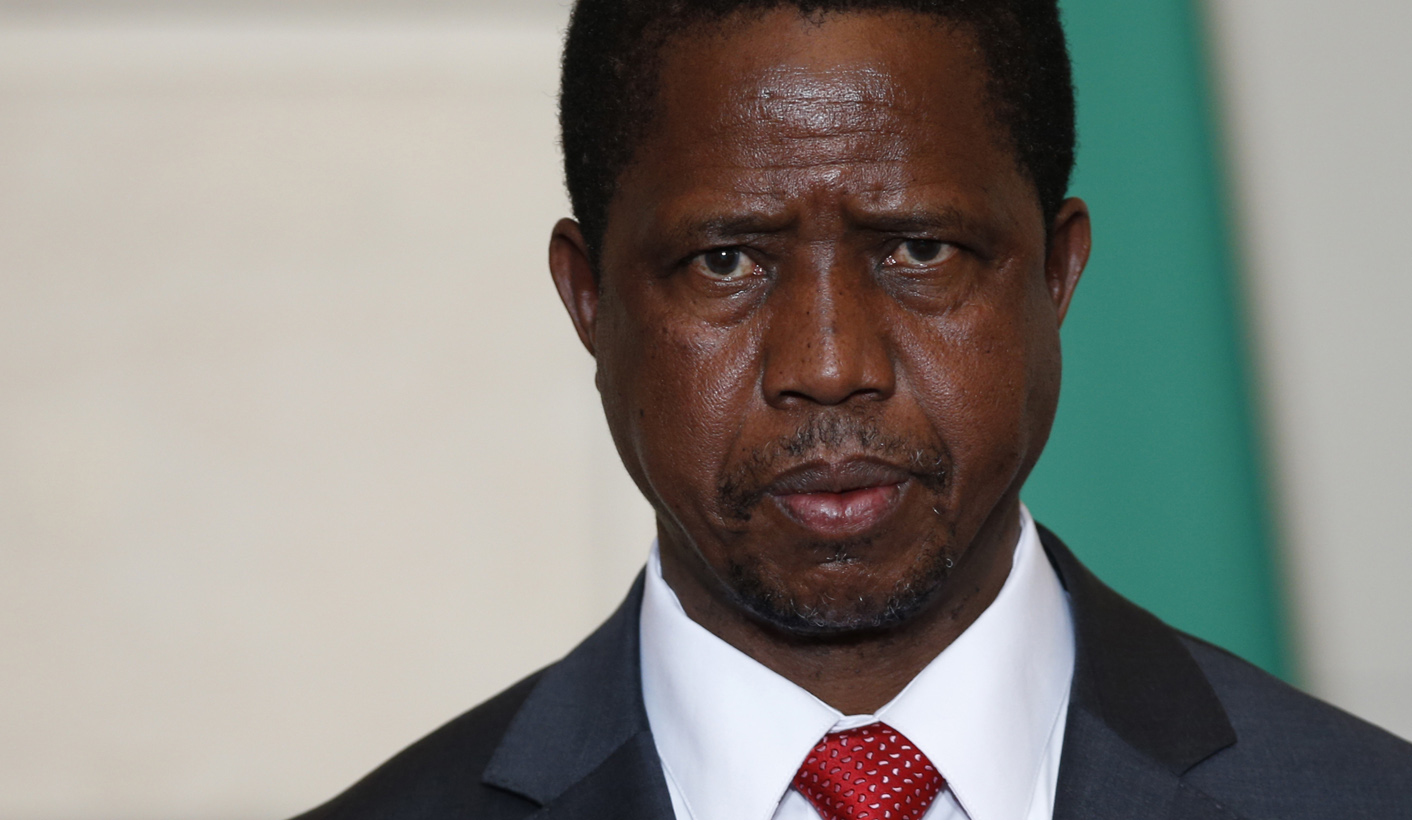 Zambia’s Preservation of Public Security Act, in terms of which President Edgar Lungu has ordered a state of emergency that isn’t, really, is the kind of law rulers lean on in dark days. By KRISTEN VAN SCHIE.

The day after declaring a partial state of emergency, Zambia’s President Edgar Lungu stood on a red carpet in front of a draped screen on the lawn of State House and told his compatriots to trust him.

“I know that people think I’m targeting political players. I’m not,” he said. “I’m just bringing sanity to our country, so that there is law and order.”

And, technically, this is true.

The article Lungu referenced was not the one used for declaring a public emergency, nor did he invoke the Emergency Powers Act that would bring it to life.

Instead, the clumsily monikered “Declaration relating to threatened emergency” appeals to a different piece of legislation – but one that still carries enough of a punch to have observers worried.

“Extra powers have been given to the state,” political analyst Laura Miti told Daily Maverick. “No matter how you try to spin it, that’s true.”

The Preservation of Public Security Act allows the president to ban meetings, shut down premises, implement curfews and order blackouts. People can be arrested and properties searched without warrants, and the media can be suppressed. All at the president’s discretion of what is “necessary to maintain public order”.

It’s the kind of law rulers lean on in dark days.

In 1997, then-president Frederick Chiluba used his powers under the act to have over 100 people arrested following a coup attempt – including journalists and his predecessor Kenneth Kaunda.

Using it now after a string of fires was an overkill akin to charging somebody with treason after a traffic incident, said Miti.

“What then happens when you really are ungovernable? When you really have a situation that calls for a state of emergency? It’s an excessive use of the available powers.”

It was an excessiveness Lungu on Thursday asked Zambians to indulge “in the interests of the people, and within the confines of the law”.

Media suppression? “I consider the media fraternity as a friendly force,” he said.

Freedom of movement? Certain places would be gazetted as no-go areas – “but we will not unduly make it difficult for you”, he said.

Curfews? They would be declared “in specific areas for specific reasons”.

“Your liberties are important, but the liberties of those men and women who serve in the market [where the fire occurred] are equally important,” Lungu said.

“There’s a danger that this power can be abused, but you can trust me that I’m here to protect the Zambian people against any excesses on the part of those equipped with authority… if anyone will be injured in the process, the courts are there.”

The fires were “obviously” sabotage, he continued, “manipulated and orchestrated by some people who are hell-bent on just bringing chaos into the country”. His latest move was an attempt to “give the police a bit more clout”.

Or to have his cake and eat it, said Nic Cheeseman, Professor or Democracy at the University of Birmingham.

At a time when Zambia is coming under fire for its increasingly autocratic tendencies, Lungu’s declaration – if passed by the national assembly in the next week – will allow him to yield significant power but still “ward off criticism by being able to argue that it has not declared a state of emergency”.

“Presenting its authoritarian backsliding in a more palatable way is therefore extremely valuable,” Cheeseman wrote for The Conversation. “[Lungu] will have secured powers to consolidate his political control while generating ‘plausible deniability’ to whether or not he has fatally undermined Zambian democracy.

“This would seem to give the president all the time and powers he would need to further cow internal and external opposition, although it’s still possible that he will seek to apply a full state of emergency.”

Lungu shrugged off the criticism on Thursday as a “crusade by good-for-nothing rich people… who want to take over political power”.

“Do we have a dictator in State House?” he asked. “Have things fallen apart in this country? It’s there for Zambians to judge.” DM