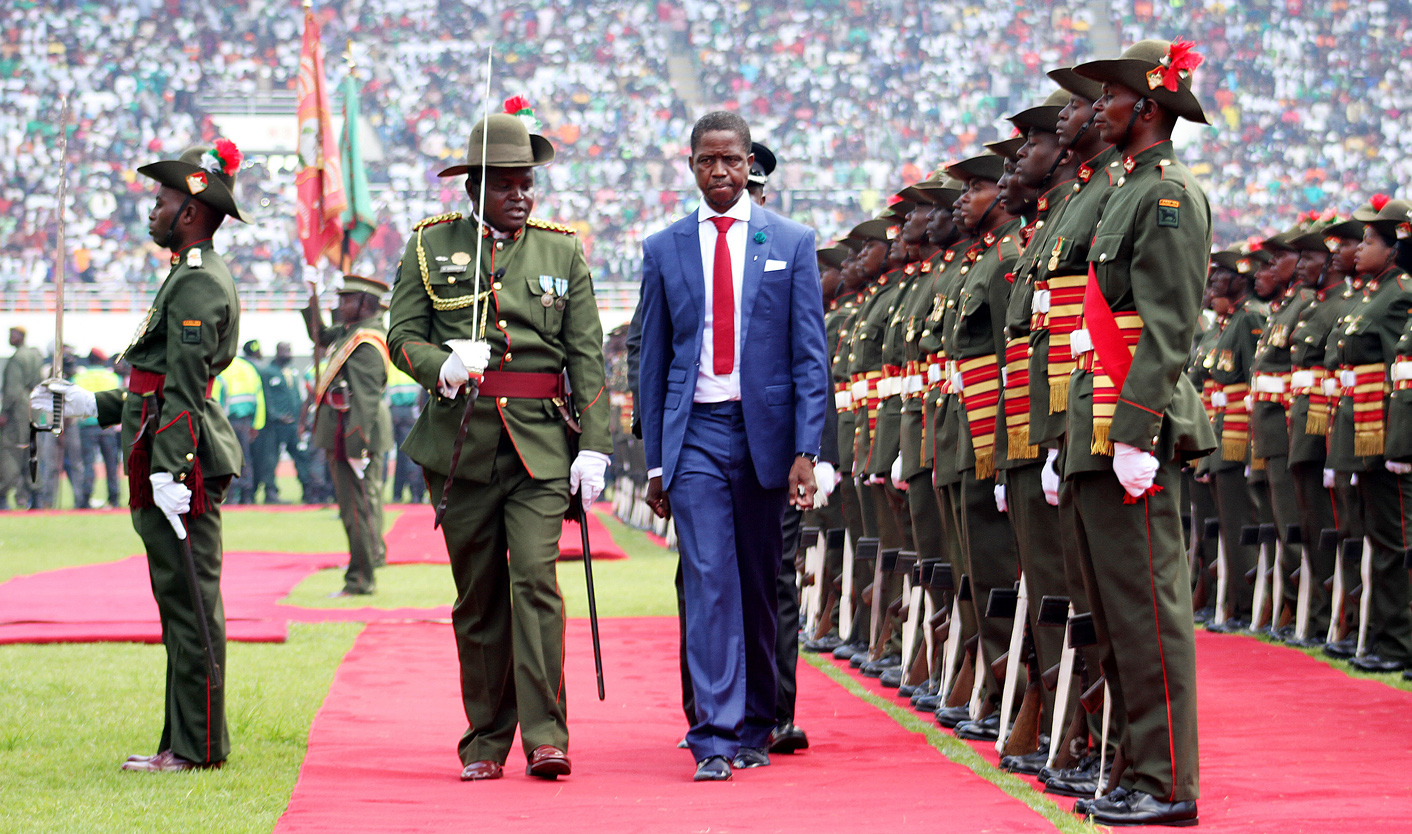 Zambia's president Edgar Lungu on Wednesday night declared a near state of public emergency, the latest development in a country that analysts have warned is rapidly regressing towards autocracy. By KRISTEN VAN SCHIE.

Blaming a series of fires stretching back to August 2016, Zambian Edgar Lungu said the decision was necessary “to preserve peace, , of our citizens and national security”.

“There is no doubt in my mind that the intentions of the perpetrators of these irresponsible actions to make the country ungovernable,” the president said in a speech on Wednesday night.

“I have no choice but to take this decision, given the events of the recent past show that we are slowly sliding into lawlessness.”

Lungu invoked a section of the country’s constitution that allows a president to declare that “a situation exists which, if it is allowed to continue may lead to a state of public emergency”.

To take effect, the declaration must be tabled before the National Assembly and approved by a majority of lawmakers within the next week.

But 48 MPs from the main opposition United Party for National Development (UPND) were suspended without pay for 30 days last month after boycotting a speech of Lungu’s earlier in the year. There is about a week left in their suspension – a point that left some Zambians wondering on Twitter about the timing of Lungu’s declaration:

“It will definitely pass seeing as ruling party has say in parliament right now with opposition MPs currently suspended,” said one.

UPND leader Hakainde Hichilema, meanwhile, has been behind bars for three months. The businessman, who narrowly lost out in last year’s tense presidential vote and has refused to accept Lungu’s victory, faces treason charges after a traffic altercation with the president’s motorcade in early April.

Last month, he was moved to a maximum security prison some 150 kilometres from the capital, Lusaka, a move his lawyers called “unconstitutional”.

Lungu did not mention the opposition in his speech on Wednesday night, but instead blamed “unpatriotic citizens” involved in “criminal activities”.

“In the past few months, the country has experienced unexplained fire outbreaks and vandalism of strategic installations bordering on economic sabotage,” he said.

“You will appreciate that the recent gutting of markets will have untold misery on the poor traders and their families whose livelihoods are largely on the existence of the market.

calls for to formulate intervening measures to alleviate their suffering.”

“How many other countries have recently had fire breakouts – e.g. the U.K., SA – but haven’t declared their countries ungovernable?” tweeted one user.

“Thinking of invoking a #StateOfEmergency after 6 fires & theft of electricity pylons is like killing mosquitoes with a scud missile,” wrote another.

Jeffrey Smith, executive director of Vanguard Africa, a nonprofit group that advocates for good governance and free and fair elections in Africa, says the warning signs of “a significant and troubling democratic reversal” in Zambia have long been evident in the successive Patriotic Front governments.

“That President Lungu has been allowed to ratchet up the repression without any real consequence or condemnation has further emboldened his heavy-handedness,” he told Daily Maverick. “History shows, unequivocally, grow strength in the darkness and that is precisely what we are seeing unfold in Zambia.”

Lungu said “law-abiding citizens” would not be impacted by the decision, and “should continue to go about their daily routines normally”.

“This proclamation should not instil fear among our citizens but instead provide them with a sense of comfort and security.” DM

Photo: Zambian , Edgar C Lungu, walks through the guard of at his presidential inauguration in the capital Lusaka, Zambia, 25 January 2015. EPA/NOEL MACKSON