Tour de France for Dummies Stage 6: Bouhanni has a case of the grumps 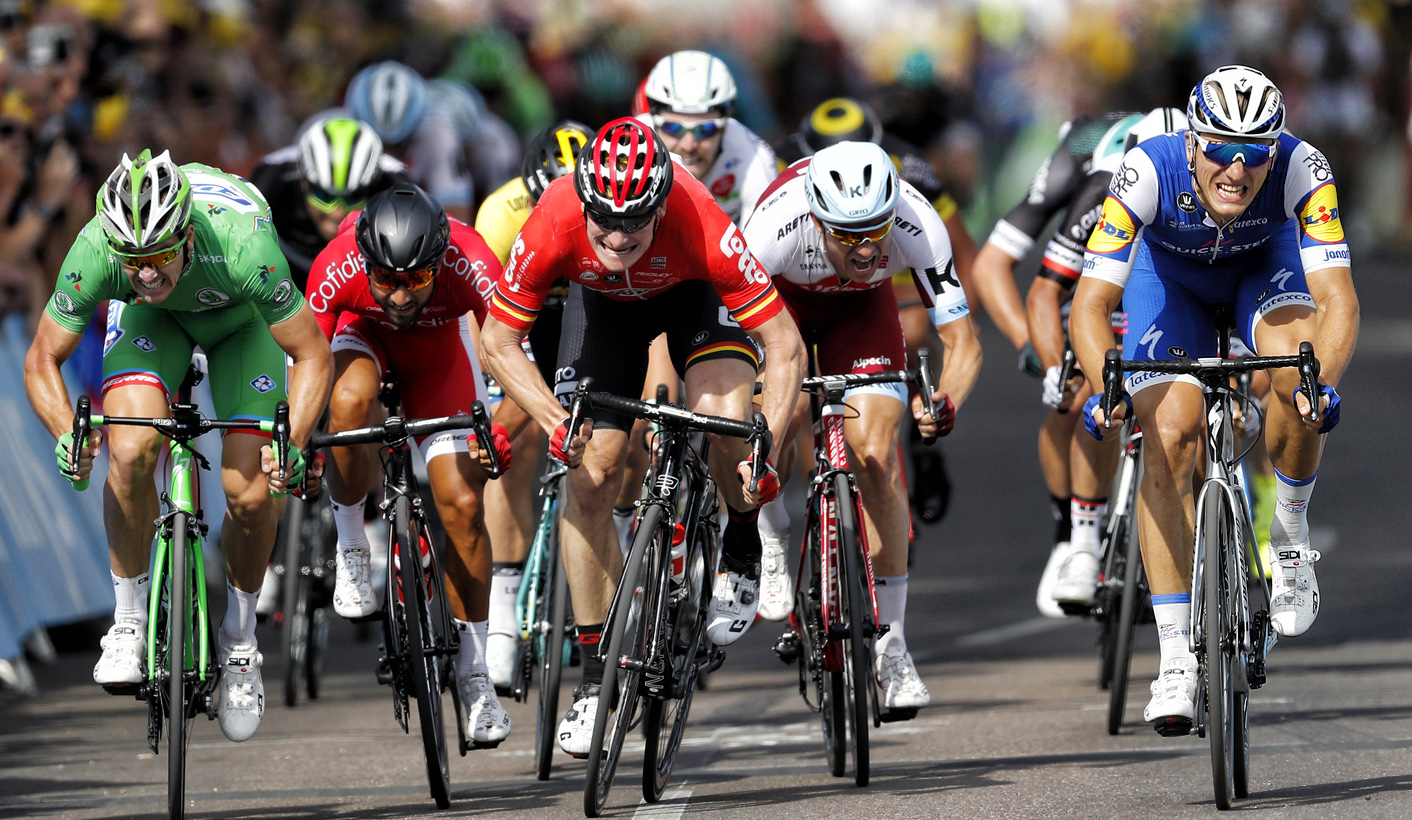 The big news away from people their bikes is that Peter Sagan, who was booted out for his part in the crash that ended Mark Cavendish’s , has lodged an appeal with CAS. Now, if like us you are thinking that CAS in this instance is an abbreviation for something cycling related, you’d be wrong.

Sagan’s appeal was lodged with the court of arbitration for sport. He , obviously. CAS issued the statement equivalent of an eye roll and said: “The Court of Arbitration of Sport (Cas) issued a decision rejecting an urgent request for provisional measures filed by the Slovak cyclist Peter Sagan and the Denk Pro Cycling team in the afternoon of 5 July 2017.

Yeah, you stay on your stationary bike, Sagan.

But we still have questions.

Say this all succeeded and he was reinstated, what then? Considering he didn’t take part in Thursday’s race, what would have happened? Would his muscles have been massaged into a stage of fatigue similar to his competitors?

Would he have been made to fatigue himself in some way? What delightful ways could fatigue himself through? Riding all the stage he has missed solo? Dancing to offer kinetic energy to power the TV cameras?

Maybe he would just given a time penalty and then all the other riders on the tour could also go to CAS and appeal the appeal because that’s just unfair. Ah, the delights of .

Perhaps we’ll start seeing a CAS mobile unit present pitch side of all sporting events in future. Dismissed in cricket and don’t have DRS? Don’t worry – CAS’ mobile jury is here to sort you out.

What happened on Stage 6?

It was more of the usual today. Breakaway. Peloton pushes. Sprint. Winner. Marcel Kittel claimed his second win of the tour. Nut since we assume you’re reading this because of your passive interest in the “South African team”, Edvald Boasson Hagen was the first to take the lead out on the final sprint. There was far too much distance left for his legs though and the poor bugger finished 13th.

finish for Reinhardt Janse van Rensburg and a 163rd spot for Jaco Venter. Daryl Impey came in at 57th and young gun Louis Meintjes finished in 25th overall and seventh in the young rider classification.

What can we expect over the week?

Friday brings a moderately benign affair as teams ride for 213.5km from Nuits to Saint-Georges. Just one category four climb and while there are a few , it’s nothing on what is to come. Expect sprints. On Saturday we get serious. Just under 190km lies between Dole and Station des , but it’s all in the mountains. The route map looks like a heart rate monitor, but it’s going to get even worse. From Nantua to Chambery is just 181.5km, but it’s sheer hell. We’ll let the picture give you an idea of what is to come.

Yeah, why would anyone actually want to do this?

“You can all wait, but I’m not going to talk.” Nacer Bouhanni shouted this at the media who were waiting for him at the team bus. Bouhanni finished fifth and was one of the riders who tried to go for the win on the final stretch.

, South African educated, Chris Froome is still holding onto the yellow jersey. Louis Meintjes is sitting at 13th overall, about a minute and a half off the pace. DM