Hands off SARB: Public Protector meddling a great threat to an economy crippled by serious problems 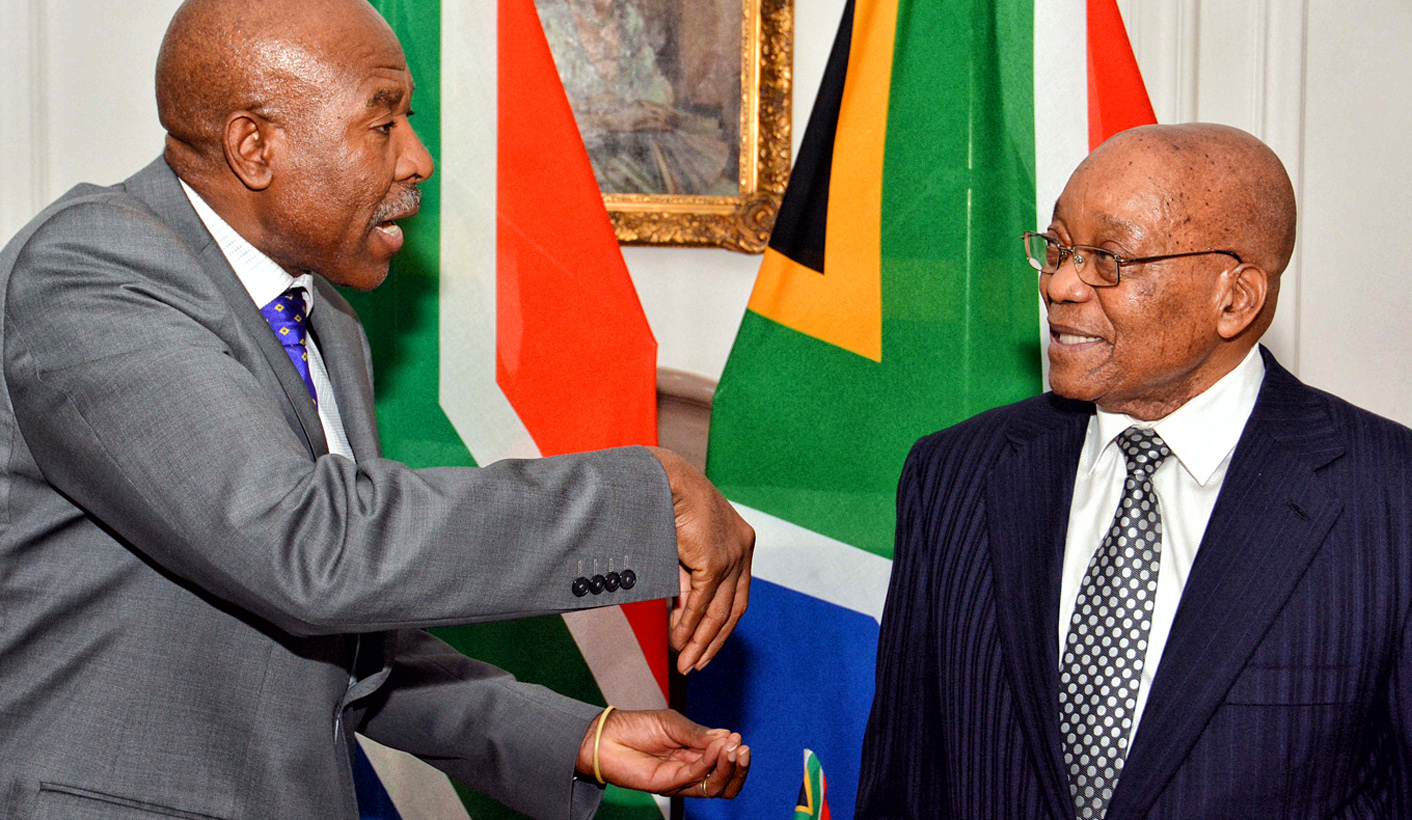 The likelihood that the Public Protector’s analysis and remedial actions are designed not as arguably well-intentioned even if plainly wrong interventions, but rather as part of the assault against the remainiang institutions in the state sphere that stand for good governance, is very, very high. That is why those who are opposed to such state looting, as we all are, must stand in defence of the SARB, even if we may differ on some aspects of the theoretical and policy debate about the role and mandate of central banks such as SARB in today’s world. By the South African ACADEMICS and ECONOMISTS listed below.

The Public Protector released her report on the Bankorp “bailout” on 21 June 2017. Many among us will have something to say about the remedial action she proposes on this specific issue, in essence that Absa repays the “government” an amount of R1.125-billion.

However, we confine ourselves here to her rather startling recommendation that the mandate of the SARB should be changed – a matter that she was not asked to consider. One of her remedial actions is an instruction to the chairperson of the Portfolio Committee on Justice and Correctional Services to “initiate a process that will result in the amendment of Section 224 of the Constitution”. She then even more remarkably goes on to suggest what the new mandate should be:

224 (1) The primary object of the South African Reserve Bank is to promote balanced and sustainable economic growth in the Republic, while ensuring that the socio-economic well-being of the citizens are (sic) protected.

While this is an unexpected (and unwarranted) recommendation, it does raise the very interesting question about what mandate is appropriate for the central bank of an emerging economy such as South Africa. Those of us with research expertise and direct experience of monetary policy and central banking matters will acknowledge the complexities of these debates at both a theoretical and practical and policy level. Some academics and economists will be pleased with the exclusive price stability mandate of the SARB as per section 224 (1) of the 1996 Constitution. Others will argue for a broader mandate including growth and employment, alongside price stability. Some combination of price stability, growth, employment are in the mandates of the US Fed, the Reserve Bank of Australia, and Canada, and even the EU.

The academic debate over central banks’ mandate is an international one and was going on in one way or another for most of the 20th century. It became especially tense and complicated in the context of the growing dominance of new neo-classical economic thinking associated with Robert Lucas and his research collaborators since the early 1980s. Although there has been some convergence around a narrow price stability mandate in practice since then, there are also many examples of central banks which have a statutory or legal mandate that includes either growth or employment or some combination of these three elements. In NO case that we are aware of is a central bank’s mandate spared the responsibility of price stability (however phrased), whatever other objectives are included. To exclude price stability from a central bank’s objective in favour of some poorly conceived reference to “socio-economic well-being” is incomprehensible and plainly irresponsible.

We are not against, and many of us would positively welcome and support, the opening up of a well-informed, properly constituted and transparent debate about the mandate of the SARB at some appropriate time, and through the proper institutions, e.g. through a parliamentary enquiry at which expert testimony and international experience are solicited. Indeed, it is important not to conflate a defence of the proper process by which such debates should be constituted, with a defence of the current mandate of the SARB. It is quite possible to defend the independence of the SARB while questioning how appropriate its current mandate is to the challenges facing the country.

The crisis of low growth and high unemployment coupled with growing inequality suggests that this and other aspects of our economic policy stance should be debated in a responsible manner, designed to bring about a much needed improvement in the quality of life and work among our people, a majority of whom have not yet witnessed the dividends of democracy. There is no reason why the inclusion of growth and employment, together with price stability, cannot be an intrinsic part of such a public engagement. But uninformed and rash statements, especially ones that carry the power and binding nature of the PP, do not assist us at all. Threats to the operational independence and constitutional mandate of the SARB that come about in this manner represent a grave threat to an economy already crippled by a number of serious problems.

The likelihood that the PP’s analysis and remedial actions are designed, not as arguably well-intentioned even if plainly wrong interventions, but rather as part of the assault against the remaining institutions in the state sphere that stand for good governance is very, very high. That is why those who are opposed to such state looting, as we all are, must stand in defence of the SARB, even if we may differ on some aspects of the theoretical and policy debate about the role and mandate of central banks such as SARB in today’s world.

That was also our collective and publicly articulated view on two previous occasions over the past 18 months when two respected Ministers of Finance were unceremoniously dumped by the President. DM