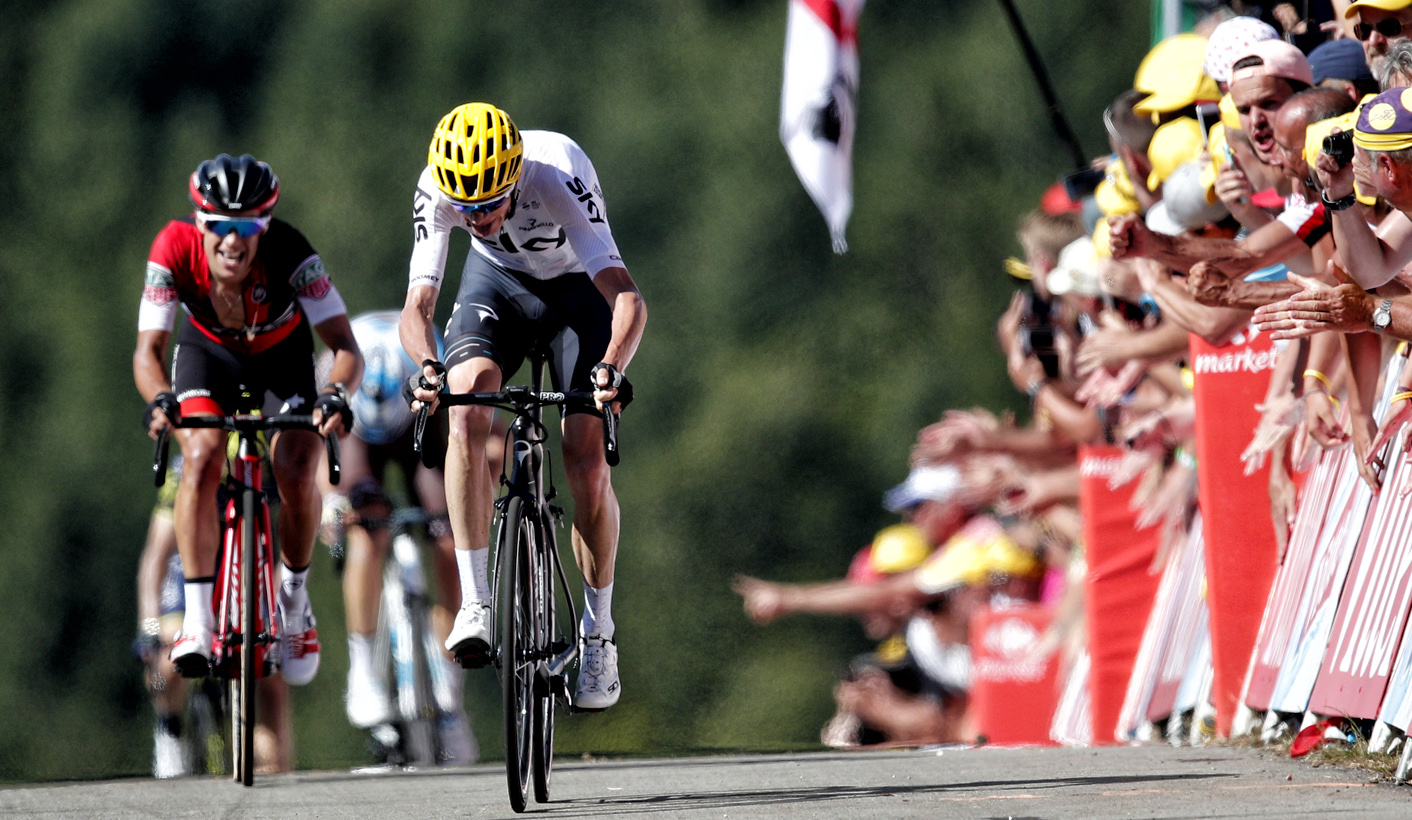 Whatever happened on Wednesday was never going to live up to the drama of Tuesday. Never. Not even if somebody decided to complete the whole stage with their hands on the pedals while whistling a tune.

There was plenty of climbing and we had our first mountain top finished. The view was beautiful, except maybe if you’ve been cycling for five days.

It was, however, one of those going-through-the-motions days. After all the drama with Peter Sagan and with everyone who keeps a passive interest in cycling (that’s you reading this) having forgotten who Guillaume van Keirsbulck even is, we watched, nodding in quiet admiration of the epic efforts.

What happened on Stage 5?

In complete contrast to Tuesday’s lone effort, an eight-man breakaway led the charge early on Wednesday. Among them was Dimension Data’s Edvald Boasson Hagen, but there was no way he was going to be able to keep it up.

Italian champion Fabio Aru first attacked with about 2km to go. At first, nobody went with him and he managed a gap of around 13 seconds. Aru then mounted another attack with less than a kilometre to go after being chased by Chris Froome and a handful of others.

Aru’s timing proved to be just right and he crossed over the line for a fine win.

Fantastic day for young Louis Meintjes, who finished second in the young riders classification, a few split seconds from the winner. Meintjes also came in at 11th overall on the day. He was in with a chance, but just a touch late on the attack. Reinhardt Janse van Rensburg came in at 105th, Daryl Impey in 72nd and Jaco Venter 181st. Full team classifications weren’t available at the time of writing.

What can we expect tomorrow?

We’re back at it with a long slog. Stage 6 takes us from Vesoul to Troyes. That’s 216km of bike riding. Two climbs, both category four, at the 69km and the 154km mark. And then it’s all downhill from there. Sort of. There’s a slight bump about 20km before the finish line and then we’re in for another sprint.

“I’ve won stages at the Giro and at the Vuelta, I was only missing one at the Tour de France. Vincenzo is a friend and I’m happy to win here like he did in 2014. Watching him win on videos helped me know how to ride the climb.” – A very happy Aru after his win.