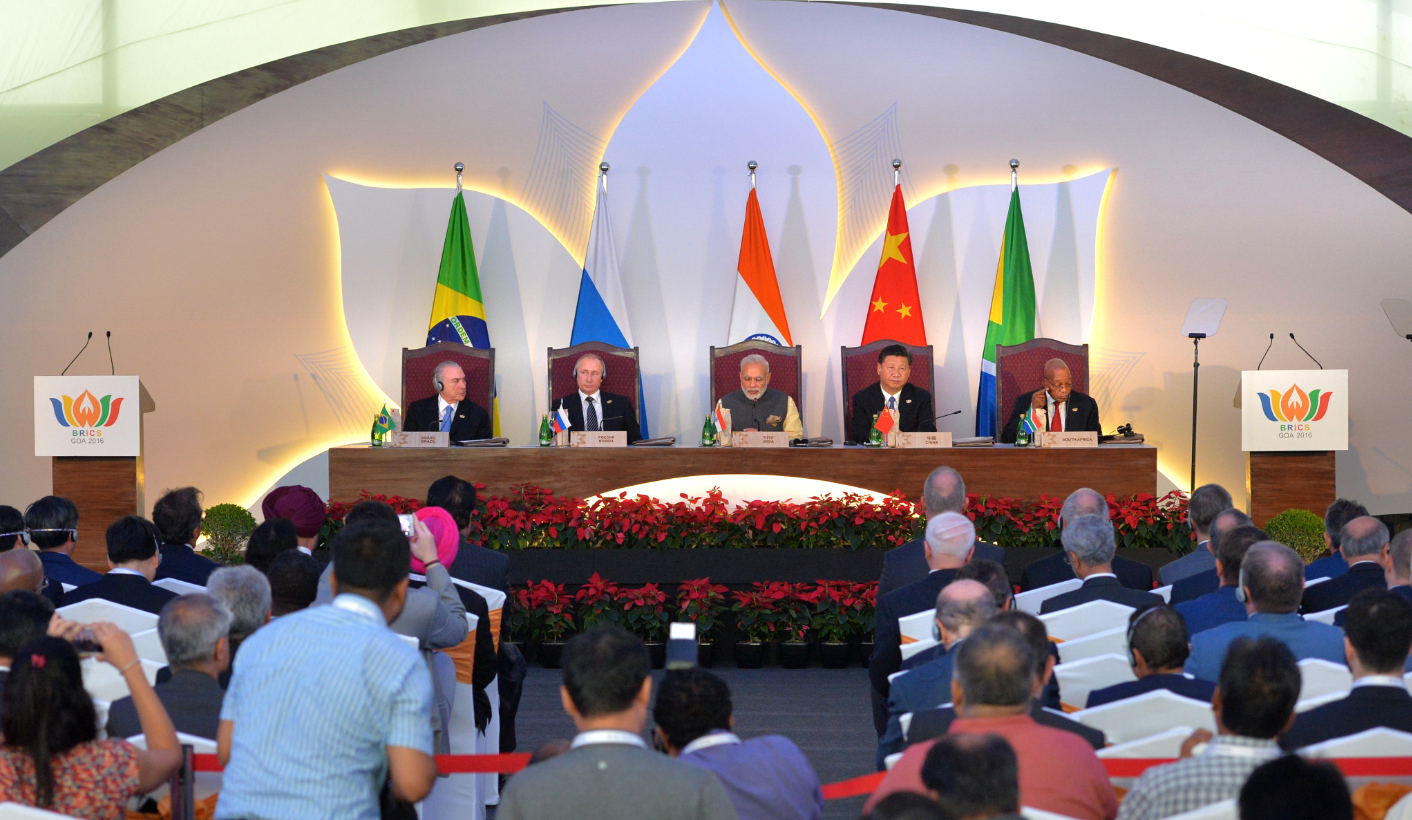 This was one of several conference decisions more or less at odds with national foreign policy, including a call for solidarity campaigns with banned Swazi political parties and for the downgrading of the South African embassy in Israel.

The conference noted that although Brics had increased South Africa’s trade, the balance of trade with some Brics countries was not in its favour.

Miriam Saohatse, a member of the ANC’s national executive committee, told journalists on Tuesday that the conference had recommended that the ANC should constantly review and analyse South Africa’s relations with individual Brics members “and the role they play in advancing the world we aspire to”.

“We recommended that the ANC should continually assess the role played by some Brics countries, whether they are promoting the values and principles of a world we want, a world that is just, that is equitable, that is free of exploitation of its resources and a world that is at peace with itself.”

She added that this assessment should include the role played by these Brics countries in South Africa and the rest of Africa.

Saohatse did not say which Brics members should be continually assessed but China has been criticised before for creating huge trade imbalances with South Africa and other African countries by importing mostly natural resources from them and selling them mainly manufactured goods.

On Swaziland, Saohatse said the policy conference had called for the Southern African Development Community (SADC) to intervene in the country because of the “gross violations of human rights” which the Swazi people were suffering, including the banning of political parties like Pudemo and imprisonment of political leaders.

The conference had recommended the strengthening of solidarity campaigns and formalisation of party-to-party relations with Pudemo and for the unbanning of it and other banned parties.

The ANC has made such calls before but they have been ignored by the South African government.

The conference also reaffirmed the decision of the ANC’s 2012 conference that South Africa should withdraw from the International Criminal Court (ICC). Last year the government did formally apply to the court for withdrawal but withdrew the application after the High Court ruled it should have first received parliamentary authorisation.

It has not been clear whether the government intends to reapply for withdrawal, this time going through Parliament. Some officials have suggested that South Africa would not withdraw if it won its case at the ICC on whether or not it should be rebuked for not arresting Sudanese President Omar al-Bashir, an ICC fugitive, when the ICC asked that this be done while he was in South Africa in 2015.

The ICC has announced that it will announce this decision on Thursday this week, 6 July.

Saohatse said the conference was aware of the ICC decision but had decided South Africa should withdraw anyway.

The conference has also decided that South Africa should downgrade its embassy in Israel to send a strong message of disapproval of Israel’s continuing occupation of Palestine territory and its human rights abuses there.

She said that a call by some delegates for the embassy to be shut down completely had been rejected. The conference had also called on the ANC to do a risk analysis of the consequences of a downgrade in relations and that this analysis should inform the government’s decision.

This last decision suggested that the conference was wary of negative economic consequences of downgrading relations with Israel. DM