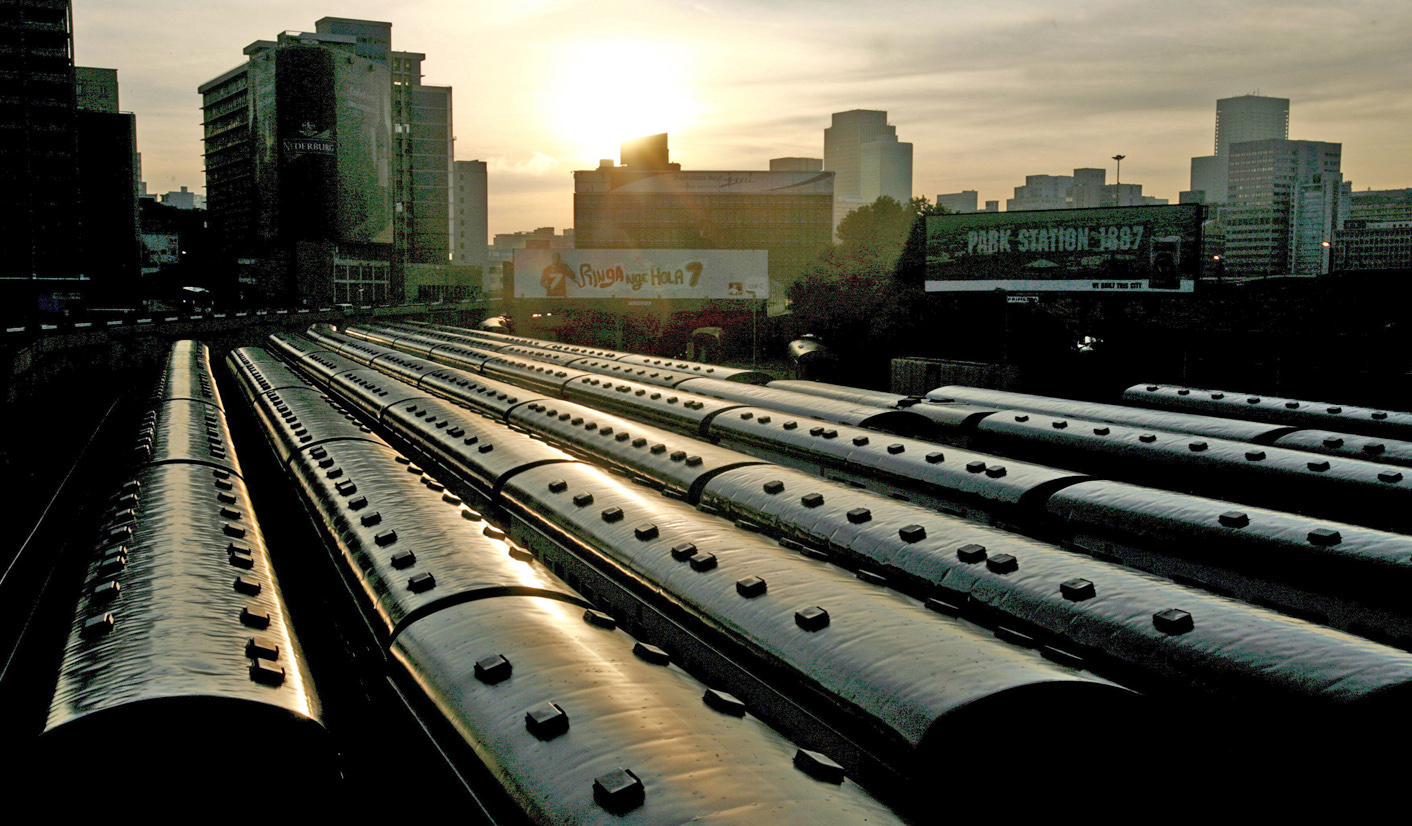 The Passenger Rail Agency of South Africa (Prasa) claimed a huge victory in court on Monday when a R2.6-billion locomotive contract awarded to Swifambo was declared corrupt. It will have a significant impact on current Deputy Minister of Finance Sfiso Buthelezi, who signed off on the contract without following proper procedures during his tenure as Prasa board chair. Swifambo will also have to pay back the money. But the biggest losers are black entrepreneurs who were cheated out of business experience and money by a big corporate, enabled by South African government officials. By PAULI VAN WYK.

The tender process by which the novice BEE company Swifambo was contracted to provide locomotives that ended up being too tall for the South African rail network was “peppered” with irregularities.

Judge Ellem Jacob Francis of the high court in Johannesburg further found that Swifambo was nothing more than a willing and criminal front for the international rail company Vossloh España, recently bought by Stadler Rail.

The judge found there was sufficient evidence that proved Swifambo was merely a “token participant that received monetary compensation in exchange for the use of its B-BBEE rating. Vossloh could not bid on its own. Instead it concluded an agreement with Swifambo in which its B-BBEE points were exchanged for money.”

Swifambo, whose real role was to oversee minor administrative activities, will now have to pay back every cent it received from Prasa and take back its unsuitable trains.

Daily Maverick understands that Swifambo, chaired by businessman and director Auswell Mashaba, and Vossloh have fallen out in the meantime. Mashaba might have trouble with backing from his former partners.

“Swifambo notes the court judgement delivered today at the South Gauteng High Court setting aside its locomotive contract with PRASA. We will be filing a notice to appeal the court’s judgement and legal grounds for challenging the judgement shall be set out in the appeal papers.”

Explaining his reasoning, Judge Francis said he is aware that Swifambo will probably be dumped in financial difficulty, but concluded that “they simply brought this upon themselves when they had no right to have been awarded the tender in the first place”.

Judge Francis had harsh words for the scheme:

The relationship between Swifambo and Vossloh did not allow for any skills transfer nor investment in the growth of black entrepreneurs.

“The relationship that exists between Swifambo and Vossloh amounts to exploitation of the intended beneficiaries, being black people as defined in the B-BBEE Act … it is a criminal offence under the B-BBEE Act,” Judge Francis said.

He continued, likening corruption to a cancer that is “eating at the fabric of our society”.

“If it is left unchecked it will devour our entire society. Chemotherapy is needed to curb it. The chemotherapy in this instance is an effective remedy that will nip the cancer in its bud… This is not the society that we fought for and should live in.”

The contract was awarded in 2013 during the tenure of then Prasa board chair Sfiso Buthelezi, who was appointed as Deputy Minister of Finance in March when his predecessors Pravin Gordhan and Mcebisi Jonas got the sack.

Buthelezi’s board signed off on the R2.6-billion contract without gaining the prior approval of the Minister of Transport or the minister responsible for the Treasury (the finance minister) as prescribed by the Public Finance Management Act.

“The irregularities raised in this case have unearthed manifestation of corruption, collusion or fraud in this tender process. There is simply no explanation why Swifambo was preferred to other bidders,” Francis said.

Buthelezi is already in hot water after another investigation by the National Treasury found he must be criminally charged for turning a blind eye to systemic corruption and fraud during his tenure as Prasa board chair. The investigation found that only 13 out of 216 additional contracts, all with a value far exceeding R10-million, were above board.

In his new role as Deputy Minister of Finance, Buthelezi must administer the same laws he is accused of breaking repeatedly and will have oversight over key institutions such as the Public Investment Corporation.

Judge Francis focused specifically on the many irregularities in the tender process and concluded that Swifambo should have been disqualified from the start. The company didn’t have a valid tax certificate and the specifications of the tender were “tailored” to suit Swifambo. Even then, Swifambo didn’t achieve the required 70% technical compliance threshold necessitated by the Prasa tender points system.

It fell to Prasa’s Bid Evaluation Committee to “further manipulate” the scoring bids.

“Without that intervention Swifambo would have been disqualified,” Judge Francis said, and concluded that Swifambo was not the “innocent bidder” it claimed to be.

Bolstering his explanation, Judge Francis provided an extensive narrative of who would be prejudiced if the court failed to act:

Reacting to the judgment, current Prasa board chair Popo Molefe thanked whistle-blowers, the public and the media “who supported the board as attempts were made to scupper the investigations and the prosecution of this case”.

On the one hand, Molefe is fighting his political head, Minister of Transport Joe Maswanganyi, who expressed his intention to fire the board before the end of their term.

And on the other hand the board is locked in a court battle with the Hawks and National Prosecuting Authority (NPA) in a bid to force the investigation and prosecution of culprits in several Prasa cases.

“We hope that the successful outcome of this review application will leave no one in doubt that in taking this case up the board acted to curb corruption.” DM