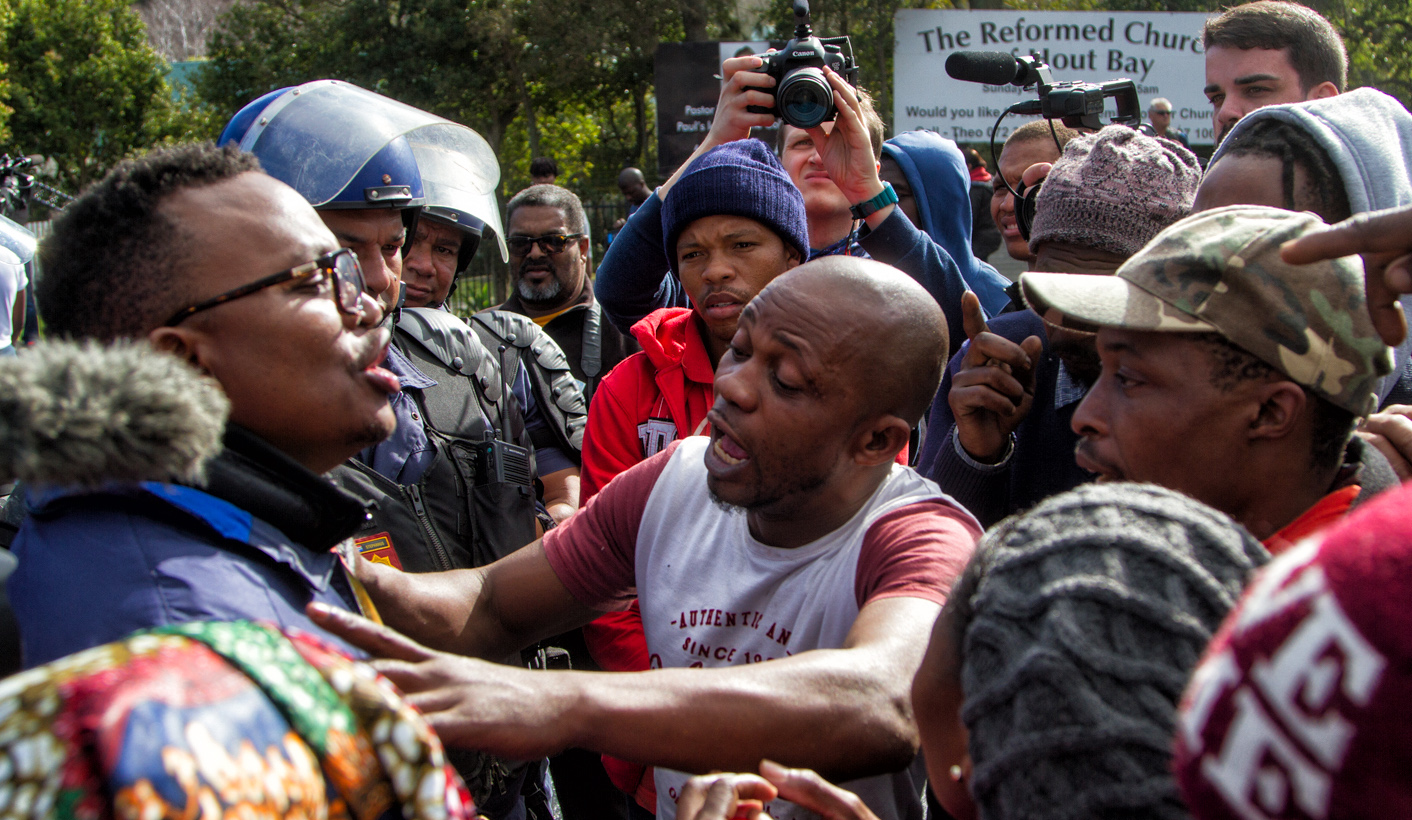 Cape Town Mayor Patricia de Lille finally showed up to address protesting residents of Imizamo Yethu, Hout Bay, three days after they challenged her to see for herself the conditions they’ve been living in since fires devastated the area in March. By KATIE WARREN & SHANEL DAWSON. Video by ROBERT EXLEY.

After three days of unrest, barricaded roads and torched cars, protesters in Hout Bay finally got their wish when Cape Town Mayor Patricia de Lille showed up to hear their grievances.

Residents of Imizamo Yethu in Hout Bay start fires made of their temporary living structures on July 3, 2017. They demanded the city take action to provide them with better housing after a fire destroyed hundreds of homes in March. Photo: Katie Warren

Residents of Imizamo Yethu in Hout Bay start fires made of their temporary living structures on July 3, 2017. Photo: Katie Warren

Their demands for the mayor included the installation of electricity, running water and for the city to move forward with the rebuilding of hundreds of homes destroyed by a fire in March.

Three women drag metal scraps to add to a fire started during a protest over housing in Hout Bay on July 3, 2017. Photo: Katie Warren

“What do we want? We want proper houses, toilets and electricity,” said Nomsa Pikiso, 41, a resident of Imizamo Yethu for the past 20 years. “We want those people that are staying there to be removed from here to the better places.”

The protest turned violent around midday, with demonstrators throwing glass bottles and bricks and police using tear gas, stun grenades and rubber bullets on the crowd of around 200 people.

A protest in Hout Bay starts to heat up after demonstrators are told that Cape Town Mayor Patricia de Lille would not come. Photo: Katie Warren

A spokesman for the mayor originally told protesters that De Lille planned on coming but was advised against it by police crime intelligence.

Thousands of residents were uprooted after the fire in March and have been staying in temporary housing on a sports field since then. Protesters say they were promised better housing within three months of the fire, but that the city hasn’t delivered.

A police officer fires rubber bullets into a home during a protest in Imizamo Yethu on July 3, 2017. Photo: Katie Warren

“We will, as a city, speed up the reblocking,” said De Lille to the crowd of protesters late on Monday afternoon. “I can understand that people are very frustrated, but as we have said to you in the past, we are trying to rebuild and to reblock people living on the mountain and it has been difficult.”

Children sit in a burned-out vehicle during a protest in Hout Bay on July 3, 2017. Residents of Imizamo Yethu protested for the third day in a row and demanded the mayor’s presence to hear their concerns about substandard living conditions. Photo: Katie Warren

Four people were arrested and one man was reported to be in critical condition from a gunshot wound. DM

Main photo: A protester and the mayor’s spokesman clash over the mayor’s whereabouts. Photo: Katie Warren