Tour de France for Dummies: A Saffa gets there or thereabouts on Stage 3 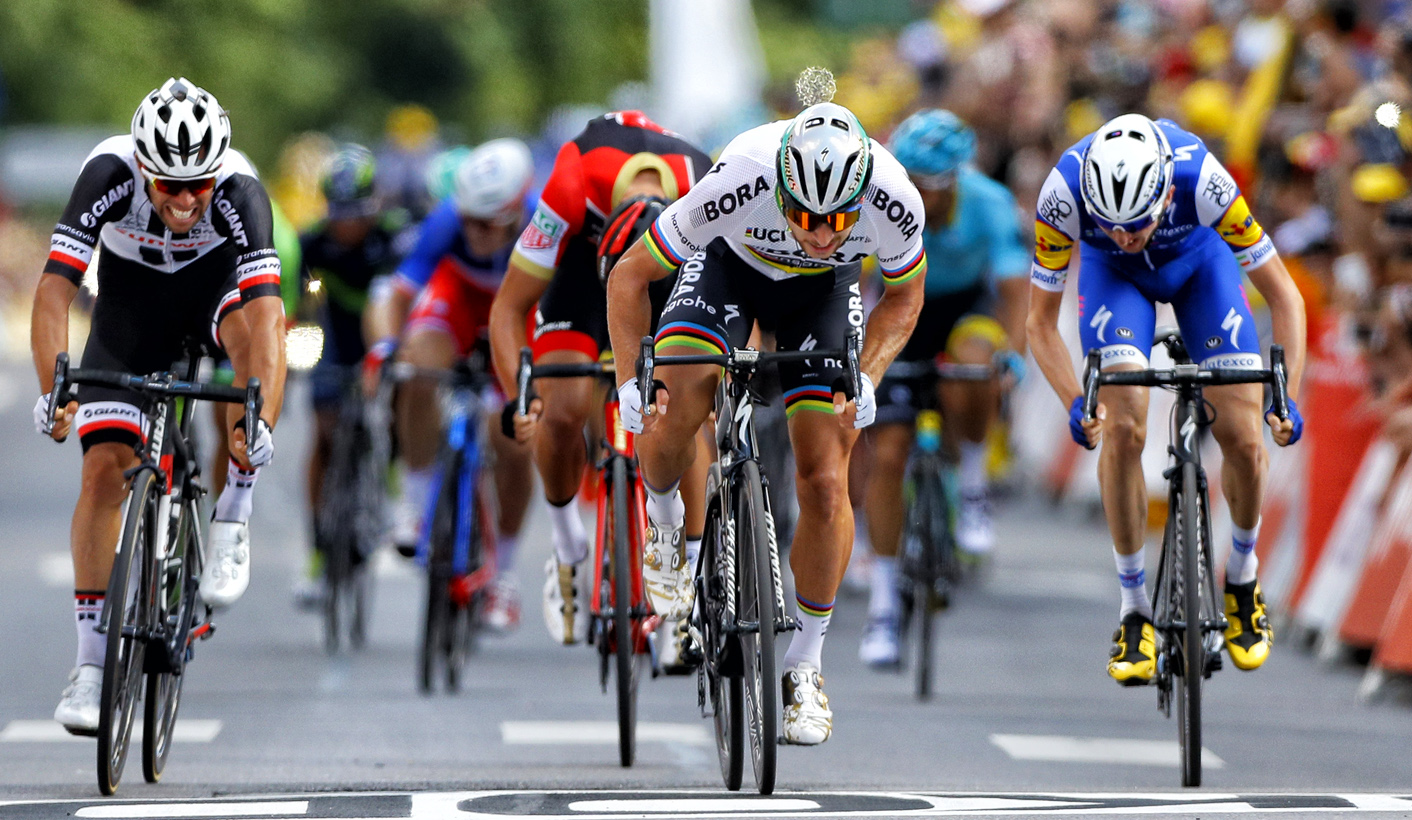 Passively interested in cycling? Nothing more than a passing patriotic interest in how the South Africans are getting on in the Tour de France? Our daily wrap is for people just like you. Here’s a wrap from Stage 3. By ANTOINETTE MULLER.

Dear reader, if you are a serious cycling aficionado, this daily wrap is not for you. It’s for all of us who wallow in our inadequacies and sometimes watch only to see a cyclist crash (although, we’ll never admit this publicly).

Oh, and there is some beef. Some competitors have issues with Sky’s so-called “vortex” suit. If the technology of spandex interests you, read about it here.

Stage 3 was exhausting just to watch and it’s not even one of the toughest stages. Here’s a recap.

What happened in Stage 3?

Lots of people rode their bikes for a bloody long time. The more you watch the Tour de France, the more confused cycling makes you. The endurance these guys have is amazing. If you have spent even a small amount of time pedalling a bike – even a stationary one – you’ll know the impact that saddle can have on your nether regions.

Nothing about it is pleasant. At least with running you can diminish some of the hell by wearing funky-coloured compression socks while out there inflicting torture on yourself. It tricks your brain into thinking you look cool. Lycra doesn’t quite have the same appeal.

Marathon races like this also seem so simple to the novice observer. Just pedal faster, you idiots, you frequently think to yourself as the groups all bundle together for 100km of their 200km-plus trek. If you pedal faster and work harder then you don’t have to be all bunched up at the end, duh. Only, it’s obviously not that simple.

If you have never watched anything of any cycling race, just do yourself a favour and tune in for the last 2km of a road race. It’s utterly thrilling. More tension than an MP who has visited a compound in Saxonwold in recent years. And Monday was no different.

Peter Sagan came out tops after a day full of hills. Sagan picked up the pace for the final stretch, broke away and pipped his competitors to the stage win after more than five hours of pedalling. There was – as the experts call it – an attack right the end, after yet another uphill. Cool as ice Sagan aced.

A mixed bag for the South Africans. Team Dimension Data are sitting in 11th in the team classifications. And despite finishing 53rd, Reinhardt Janse van Rensburg actually had a good day. Well, his name was being shouted often by the commentators anyway. His job, of course, wasn’t actually to win. It was to support Edvald Boasson Hagen, who finished in fifth spot. Box ticked, then. Louis Meintjes finished 24th in the stage (5th in the young rider category and up to 7th overall for the youngsters), Daryl Impey 55th and Jaco Venter in 161th.

What can we expect on Tuesday?

Shorter than Stage 3, but only just. A total of 207.5km to be covered between Mondorf-les-Bains and Vittel. This stage is also positively flat compared to the bumpy ride on Monday. There is just one category four climb – right towards the end.

“Pressure? I don’t know what it is,” said Iceman Sagan after his win.

Although, it looks so much better in French, no?