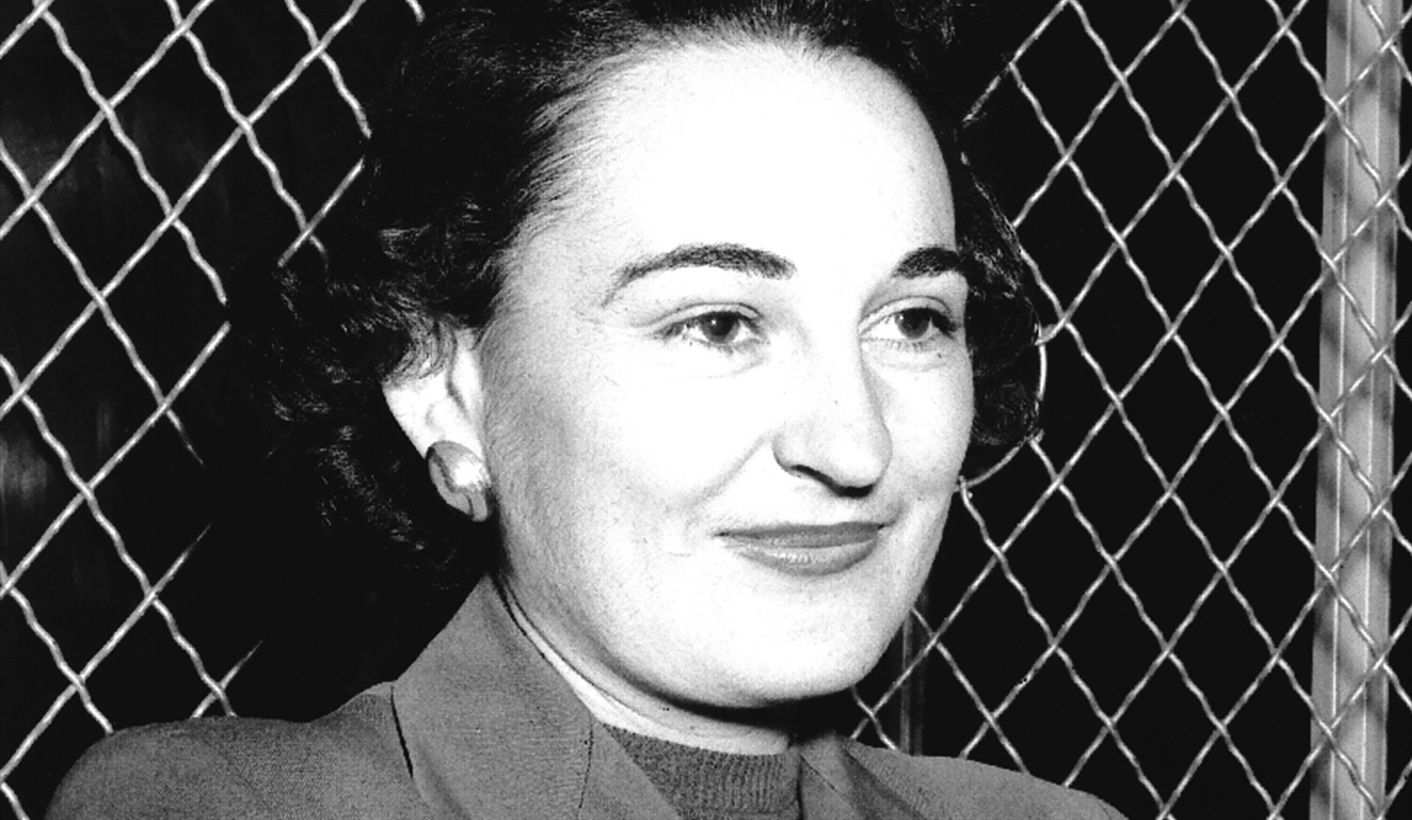 When Black First Land First attacked Peter Bruce last week and threatened his editor, Tim Cohen, because they are (a) white and (b) journalists, they forgot another First ... Ruth First. By PAUL TREWHELA.

Ruth First was murdered by apartheid security forces in 1982 because she was (a) a journalist and (b) a radical democrat.

As a former banned South African journalist who had the honour to be unpublishable for a quarter century, I had the privilege of working with Ruth in underground journalism in Johannesburg for a year before she was arrested and detained, under interrogation, for 117 days. When she was released, she came to tell me she and her daughters were being allowed to leave the country. She looked terrible – drawn and ashen.

So this is the tradition that Black First Land First, under inspiration of their Fuhrer, Andile Mngxitama, have now revived in South Africa: the journalist-hunt.

We are back to the Burning of the Books.

Black Fascism! This is the meaning of the threat of violence against Peter Bruce and Tim Cohen, together with others on the hit list of intended victims published under the heading “BLF warns white journalists”. BLF set out its list as cruelly and blatantly as Joseph Goebbels, a new list of honour as worthy of celebration as when the Communist poet Bertolt Brecht wrote his great poem, The Burning of the Books.

In times like this it is worth recalling Brecht, translated here by John Willett:

When the Regime commanded that books with harmful knowledge

Should be publicly burned and on all sides

Oxen were forced to drag cartloads of books

To the bonfires, a banished

Writer, one of the best, scanning the list of the

Burned, was shocked to find that his

Books had been passed over. He rushed to his desk

On wings of wrath, and wrote a letter to those in power.

Burn me! he wrote with flying pen, burn me! Haven’t my books

Always reported the truth? And here you are

So let us write them, name by name, the South African journalists now commanded to be burnt by Black First Land First. It is a list of honour of our time:

And yes, and it turns out that whiteness is not the only criterion. (Nor was Jewishness, for Goebbels.) Beneath the names of the damned, intended victims of South Africa’s self-appointed Inquisitors, the Fatwa continues: “In as far as black journalists who mimick these white agents of white monopoly capital, such as Ferial Haffajee, Karima Brown, Eusebius McKaiser, our message to them is that they must repent, ask for forgiveness from black people for being used by white monopoly capital.”

Down on your knees, slaves! And who else is there whose name will follow on the list, when the Elect chooses for that name to be added?

This is a true warning to the people of South Africa that the crisis of this country is heading in the direction of mass murder, and that this is a time for brave and stalwart defence of democracy and the Constitution.

I use the words “Black fascism” very deliberately as the only way to describe this new phenomenon in South African political history. Fascism as a political creed (and practice) is as universal as any other, whether democracy, communism, nationalism or any other politicalism. During the Second World War, the Japanese practised a form of fascism of their own as fascist as that of Mussolini and Hitler. Hajj Amin al-Husseini, the Grand Mufti of Jerusalem (al-Quds), brought his own political movement to the assistance of Hitler, with no problem on either side from the fact that he was an Arab and a Muslim, whose family traced their origin to a grandson of Muhammad. Race, nation, religion were no barrier to fascism.

It is the same in South Africa now. Things must be called by their right name, and this is the right name for the political current which made its mark last week as the most despicable in the long history of black politics in South Africa.

Mandela, Sisulu, Tambo, Sobukwe, Biko, Tiro, Mashinini would be horrified if they were living today, and saw their cause disgraced by this form of politics which they gave their lives to fight.

Jabavu (both JT and DDT), Rubusana, Soga, Seme, Dube, Plaatje, through to Xuma, Moroka and Luthuli, would be outraged that their vision should be traduced this way.

The great writers Mqhayi, the Dhlomos (HIE and RR), Vilakazi, Kunene, Mphahlele and Nkosi would say: Not in my name!

There is a further dimension. That phrase used by the Witch-Hunters General, quoted above – “agents of white monopoly capital” – gives us the clue. This is the battle cry cooked up by the London firm of public relations propagandists, Bell Pottinger, when hired by Duduzane Zuma on behalf of himself, his father, his family and the Guptas, to smear their critics who accuse them of corruption.

Its use by Black First Land First suggests an unsavoury relation as a violent, reactionary, anti-democratic and unconstitutional force, acting in the interest of the most powerful political cabal in the country in hock to foreign interests.

It is imperative that the Zuma government and Luthuli House make plain where they stand in relation to this threatening language and behaviour.

There is also an issue for criminal investigation by the police. Business Day reported that its editor, Tim Cohen, had been “manhandled by a group of BLF protesters outside Peter Bruce’s house in Parkview‚ Johannesburg”. It stated he had been “assaulted”, and that the treasurer of BLF, Thandiswa Yaphi‚ “threw in a cheap shot at Cohen’s chin.”

Will this be handled as the Constitution and the courts require, or are we to find that those who chant “white monopoly capital” are above the law? In whose interest might this be?

Further, this is not a matter that can be left to the National Editors Forum, the National Press Club or PEN South Africa to protest against.

Where do the Stalwarts and Veterans stand on this issue? (Because if they let this pass, it will be them tomorrow.) What is the opinion of the provincial executive committee of the ANC in the Eastern Cape, which unilaterally organised its own consultative conference last month, in defiance of Zuma and Luthuli House? Or Save South Africa? Or Cosatu, or the SACP, whose deputy general secretary, Solly Mapaila’s, family was threatened in their home last May?

Here is an issue which is the litmus test for the survivability of democracy in South Africa. It shines a fierce light on the state of the nation.

We shall see who stands up and who hides behind the curtain.