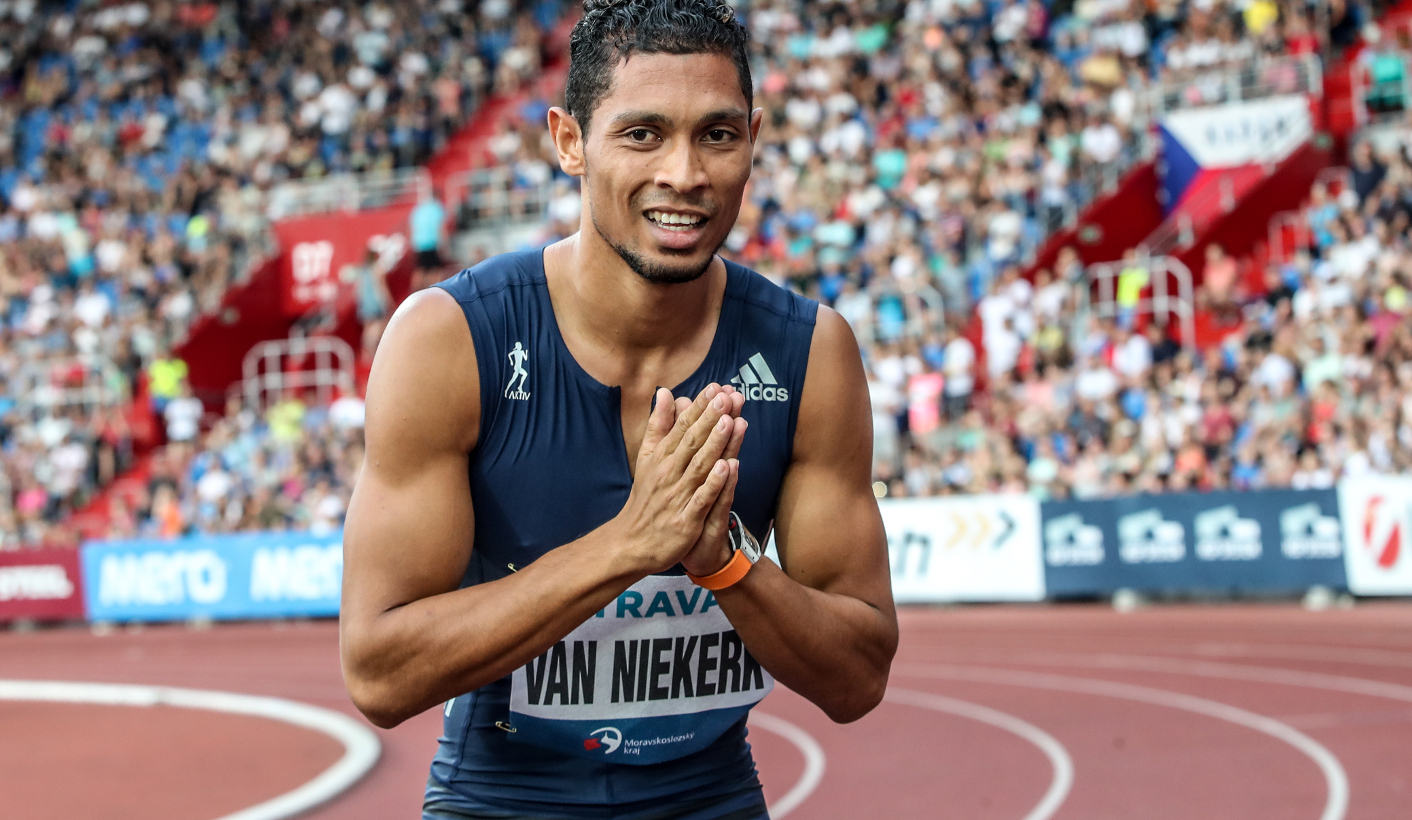 For many, Wayde van Niekerk has already earned the gong of greatest ever, but he still has many years of running ahead of him. He’s freakishly accomplished. That he’s an all-round good egg helps, too. By ANTOINETTE MULLER.

Sports people are just following a career path and being likeable is not in the job description. But Being a good egg helps. And one of the most well-rounded eggs in South African sport is Wayde van Niekerk.

Last year, he donated R500,000 to Groote Schuur’s premature baby unit. He himself was born at 29 weeks, weighing just 1.1kg and having visited the unit in the past, he was so touched by the work the hospital was doing that he decided to dig into his own pockets and make a donation.

Van Niekerk is a wonderfully pleasant professional. He loves his family, he trains hard, his coach is a bad ass tannie and he will always make time for those swamping him for an autograph.

In terms of his athletic achievements, this might mean little. Van Niekerk could be the rudest, most arrogant athlete on the circuit and he’d still hailed as the best. But he isn’t, he’s nice. And that brings us to the point of this seemingly endless yarn.

All countries – except maybe for North Korea – love sporting heroes.

In South Africa, we don’t just love sporting heroes, we need them. We always have. With news so unremittingly grim, we need the distraction that comes through sport. The relief might be superficial, but we cling to it. We need heroes because we are desperate to show the world – and ourselves – that we are doing alright. That we’re nice.  We need these heroes because they pick us up and remind us of the strength we have to carry on. It’s a reminder that good can prevail. Van Niekerk embodies all of these qualities and then some. And he is ours.

So, when the freakishly accomplished runner added yet another gong to his already ringing reputation this week, South Africans were understandably delighted.

He broke the World Record in the little-run 300m. What the point of this event is, is anyone’s guess. Perhaps it’s just to prove what great athletes these runners are. If that’s the case, it’ll do.

On Wednesday night Van Niekerk got another one over Michael Johnson, having broken his long-standing 400m record at the Rio Olympics last year. For 17 years, the American held the record for the 300m distance. Van Niekerk shaved 0.04 seconds off Johnson’s time, clocking 30.81 in the Czech city of Ostrava on Wednesday.

For many, Van Niekerk has already reached the lofty heights of “best ever” for South Africa. But his running career is still long and there is much he still wants to achieve. Having clocked the 400m World Record, the runner is now dead set on doubling up and making the 200m his, too. With the World Championships coming up in London in August, Van Niekerk has made no secret of his ambitions. He wants to defend the 400m and take his maiden 200m title at the meeting. The only other athlete to have done the double? Johnson, of course.

He’s no stranger to the 200m distance, having burst on to the scene running just that in 2011. He accidentally discovered that he was quite good at the full lap when, after persistent hamstring niggles, coach Ans Botha asked him to focus on 400m to help with his endurance. It took just three years from 2013 before he would break the world record, an utterly astounding effort considering just how inexperienced he was in the distance.

Van Niekerk has always said that he can’t leave the 200m completely alone, so it’s hardly a surprise that’s where his focus lies this year. And it certainly won’t be a surprise if he goes on to clock records in this distance, too.

He is only 24 years old, but the world has already run out of superlatives to describe him. In fact, the name Wayde is now a superlative in itself. Next time you do something that’s even vaguely commendable, pat yourself on the back for the way you “Wayde-ed” that thing.

And remember, gems like Wayde exist all across this wonderful nation. Not just in a sporting context, but in all of society. All the next generation needs is an opportunity. DM