ANC Policy Conference: From the 2nd phase of the transition to Radical Economic Transformation, the race begins 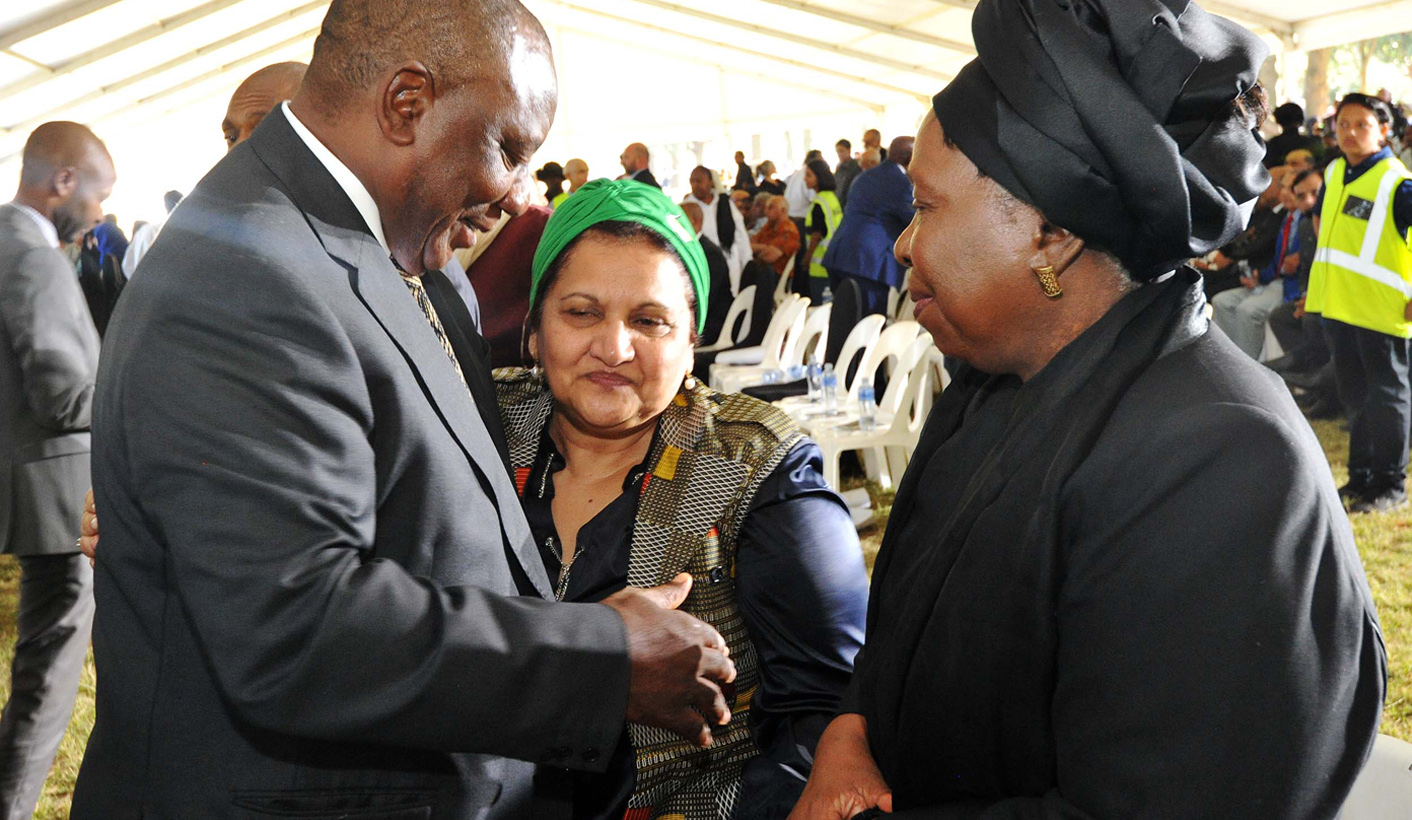 Exactly five years ago, before radical economic transformation, state capture and white monopoly became buzzwords, the big debate in the ANC was about which phases of what transition South Africa was in. You might have forgotten exactly who won, because the winners then became the losers and in the end it probably didn’t matter that much anyway. How will it feature at this weekend’s policy conference? By CARIEN DU PLESSIS.

Bell Pottinger would never have allowed anything remotely this clumsy to fly, and neither would Julius Malema, but there we had it. In mid-2012 the ANC officially brought us the “second phase of the transition”, after a special centenary discussion document simply titled: The Second Transition didn’t quite make the cut.

It had neither acronym, nor hashtag.

It was all about achieving the one goal the ANC is united about, namely the “national democratic revolution”, or NDR (see, it even has a proper acronym). It’s about how the party should go about getting to the kind of society they want to see in South Africa.

With the ANC having reached its 100th birthday that year, and with only two years to go to the celebration of two decades of freedom, it was the perfect time for a fresh way of looking at the NDR.

Political freedom had reached its pinnacle, with the ANC firmly in power, but the economic and social inequalities still stood out like a Thuli Madonsela in a Saxonwold shebeen.

Firebrand Malema, while ANC Youth League leader, had properly whet people’s appetite for economic freedom, so there was fertile ground for sowing such ideas. On top of that, it would remind ANC members and the electorate that Zuma was the original economic freedom fighter, which is why the left supported his election in 2007 in the first place.

Malema, at the time, was already falling out of favour with the mainstream in the party and his economic freedom concept was still a little unpalatable to the markets (had they only known!), so another way had to be found of framing it.

The Second Transition document asked: “Why a second transition and not simply a continuation of what went before? In the first instance, our first transition was characterised by a framework and a national consensus that may have been appropriate for a political transition, but has proven inadequate and even inappropriate for a social and economic transformation phase.”

The implication was that it was time to stop talking and start doing.

At the time President Jacob Zuma was angling for re-election at the party’s elective conference later that year in Mangaung, and although he had no real competition, with three years of lacklustre performance behind him, many South Africans – and ANC members – were asking themselves if they could put up with another seven.

Also, his credibility was wounded by repeated street fighter-like attacks from Malema, who dissed him as one of the worst ANC presidents ever. The Nkandla scandal was freshly emerging at the time, with newspaper splashes and complaints to the Public Protector, while Zuma’s close friendship with the Gupta family was already known too.

He badly needed something to freshen up his image, a new lick of political paint, to at least make him palatable to the people again.

The second transition was supposed to be it. It’s meant to take place over the next 50 years, which would put Zuma safely out of accountability’s reach on this one.

In an ideal ANC, policy conferences are held a few months before elective conferences so that members can decide on policy first, then have enough time to go out there and in their wisdom find a leader who can embody that policy. In real life, however, rules are broken and ambitions take over – especially if the name is Zuma.

The second transition discussion was so important and combustible, that it could not only be left to one commission. Conference delegates broke into smaller commissions, preferably where they havd some policy expertees or interest, to make debates easier and to speed things up, but during the party’s national general council of 2010 Malema managed to load the economic transformation commission with supporters of nationalisation. He won the debate but the radical proposals in the final document were toned down by the party bosses – to Malema’s rage.

The second transition caused a lot of tongue-twisting and head-scratching in the commissions, and ANC policy chief Jeff Radebe afterwards gave the reassurance that it all happened “on a high theoretical level” and it wasn’t about leadership succession at all.

Zuma eventually lost the “second transition” fight with the party sugar-coating the ultimate resolution as a consensus. Party policy chief Jeff Radebe said at a press conference: “There was broad agreement that we are in a continuing transition from apartheid colonialism to a national democratic society.”

In the second phase there would be more radical policies to bring about economic and social change to address poverty, inequality and unemployment.

Radical economic transformation (RET) by another name? You’d think so, except now there seems to be talk in ANC circles that RET really is an acceleration of this second phase of the transition. Fasten your seat belts.

The party would, however, do well to ask itself what the first five years of this second phase of the first transition yielded. Increased job losses, ratings downgrades, the slip into a technical recession, and chief executives earning more in a day than employees in a year, were unlikely to have been part of the original plan.

Unlike at the policy conference five years ago, the second phase of the transition doesn’t have its own document any more. Smatterings of it are scattered across the Economic Transformation and the party’s Strategy and Tactics documents up for discussion this weekend. It says: “The current phase of transition demands decisiveness, speed and a dogged determination. The successes and failures call for optimal societal leadership and an active citizenry.”

This was because “the marginalised are less and less prepared to bear the agony. At the same time, more and more of the privileged to seem to appreciate that their interests are closely linked to those of society as a whole. This confluence of circumstances presents a unique opportunity to forge a social compact to move the nation to greater social heights”.

This time around, the proxy battle for succession is likely to be about what radical economic transformation should look like. Those supporting Zuma (and the election of former African Union Commission chairperson Nkosazana Dlamini Zuma) are likely to call for an overhaul of current economic and fiscal policies, while Deputy President Cyril Ramaphosa’s supporters are taking a more cautious approach, calling for a racially inclusive transformation process, and a fine-tuning of existing policies.