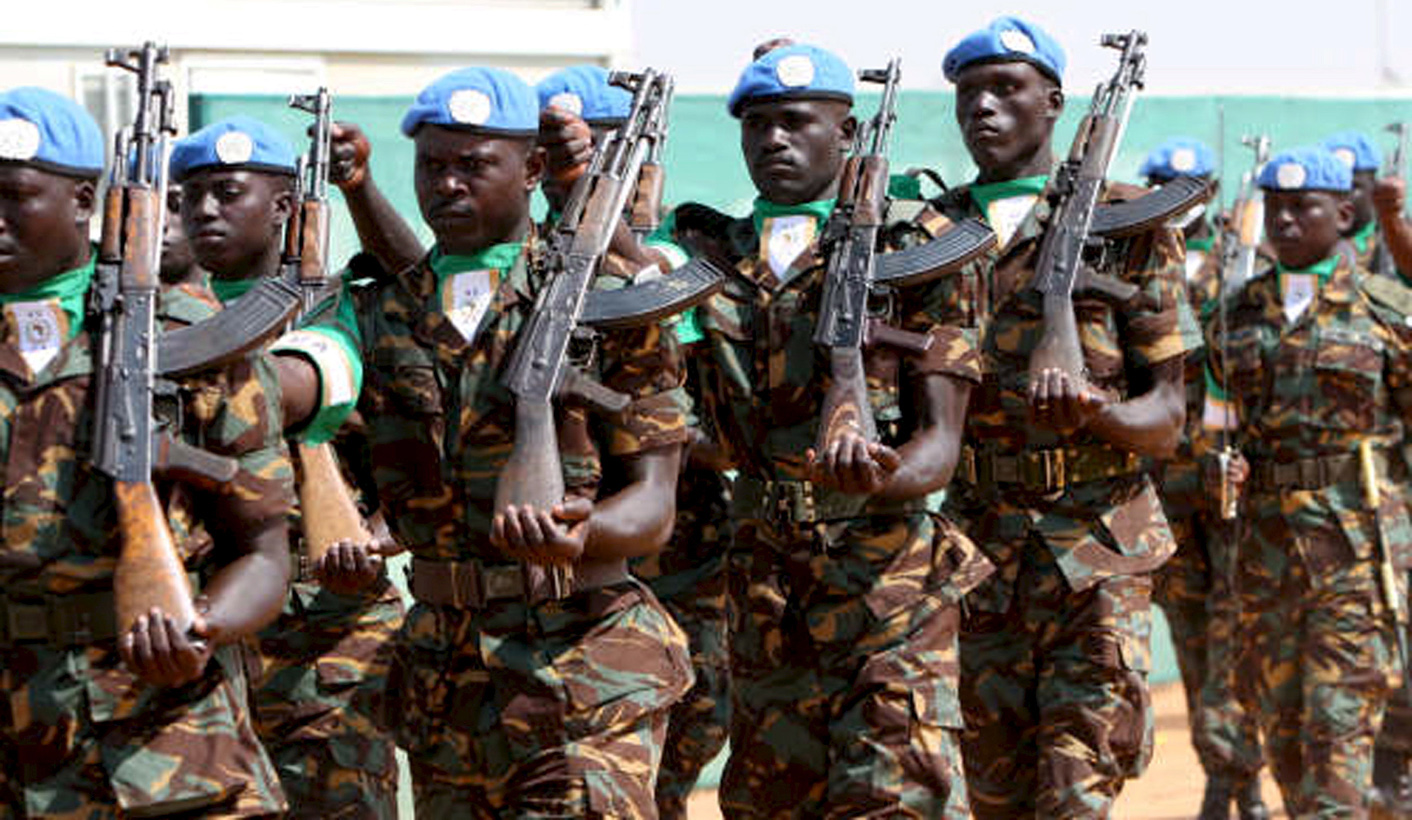 Africa’s crises are not abating – and at a time when it’s needed the most, major funders such as the United States are expected to reduce their support of peace operations on the continent. For this reason, predictable funding, and more specifically the Peace Fund, will top the African Union (AU)’s agenda at its 29th summit on 3 and 4 July.

The summit is a critical opportunity for AU member states to show their commitment to peace and security in Africa. It is also AU Commission chairperson Moussa Faki Mahamat’s first opportunity to assert his views of the AU under his leadership.

And it’s a chance for assembled heads of state and government to take stock of their commitments in the past year regarding funding and reforms, and to demonstrate their future commitment to the AU’s peace support operations.

These operations have been the AU’s major response to crises since its inception, and their effectiveness could be under threat if its financing models are not improved.

Predictable funding remains a thorn in the side of the AU, notwithstanding the lengthy debates that have dominated the AU over the past two years. For instance, at the June 2015 AU Assembly summit in Johannesburg, it was decided that finance from member states should be increased to 25% of the cost of AU peace support operations.

For example, the African Union Mission in Somalia (Amisom) costs about $900-million annually to run, and most of these costs are covered by external partners.

These costs are however not a simple calculation of contributions. They are instead a complex exercise of bringing together the bilateral support provided to troop-contributing countries, Amisom’s annual budget, donor support and the budget of the United Nations (UN) Support Office for Amisom (UNSOA), says Professor Paul Williams of George Washington University

The AU’s decision to commit itself to the 25% contribution was its first step towards establishing itself in a stronger position in its relationships with partners. It sends a positive message of ownership to the international community to fund the remaining 75%, through UN-assessed contributions.

The decision now urgently requires member states to detail their commitments and workable solutions to achieve the 25% objective.

During last year’s summit in Kigali, much was discussed regarding the potential of the Peace Fund in supporting a more proactive, predictable and effective AU.

Donald Kaberuka, the AU High Representative for the Peace Fund, proposed that the fund cover operational activities such as mediation and preventive diplomacy, institutional capacity and peace support operations. His recommendation to include a 0.2% levy on imports from outside the continent to cover the assessed contribution of member states was approved by heads of state.

The 0.2% levy, if successfully implemented, will ensure that the increased target of the 25% contribution of AU member states towards peace support operations is met.

More recently, at its meeting of 30 May, the AU Peace and Security Council (PSC) urged the UN to establish financing and mission support models that are fit for purpose and adapted to the requirements of each type of operation.

Member states and regional economic communities (RECs) now need to demonstrate their commitment to the levy, as it will ensure gains for the fund of $65-million a year from each of the continent’s five sub-regions.

If all goes to plan, by 2020 the Peace Fund should have collected a total amount of $400-million that should leave the AU better positioned to finance a bigger part of its peace support operations.

Fourteen member states demonstrated their willingness to accept this responsibility to contribute to the Peace Fund and made their contributions by May this year.

But Kaberuka acknowledged that getting more states to accept the responsibility of funding AU peace support operations could be politically complex. For example some RECs, such as the Economic Community of West African States (Ecowas), have already introduced similar levies, and it is unclear whether they are willing to further contribute a 0.2% levy to a continental body.

The expected US financial cut for international organisations will affect not only the UN, but also AU peace support operations. And as the AU potentially loses one of its largest funding partners, ensuring the commitment of AU member states to self-funding the AU peace operations becomes even more important.

Besides increased and predictable funding, decisions made at the summit on AU reforms will also have direct implications on the effectiveness of AU peace operations. This includes its institutional ability to deal with emerging challenges in Africa.

For example peace and security decision-making bottlenecks within the AU bureaucracy need to be streamlined for the AU structures to be able to focus on its key peace and security goals. This is evident in the context of the regional task force for the elimination of the Lord’s Resistance Army (LRA), or deployments in the Sahel.

Decisions also have to be made at the summit regarding the enhancement of AU compliance, accountability and oversight mechanisms. This will require the AU, its member states and RECs/regional mechanisms to take responsibility for the decisions made at the summit, have the political will to implement the recommendations and remain accountable for the implementation of these crucial decisions.

There is an urgent need for the heads of state to prove that the AU is serious about its own performance and that it must achieve the results made through commitments and agreements, including those regarding increased self-financing of AU peace support operations.

If it doesn’t, the AU may lose its capacity and relevance to address Africa’s conflicts. DM