DRC/SA Talks: Zuma unlikely to pressure Kabila to go to the polls 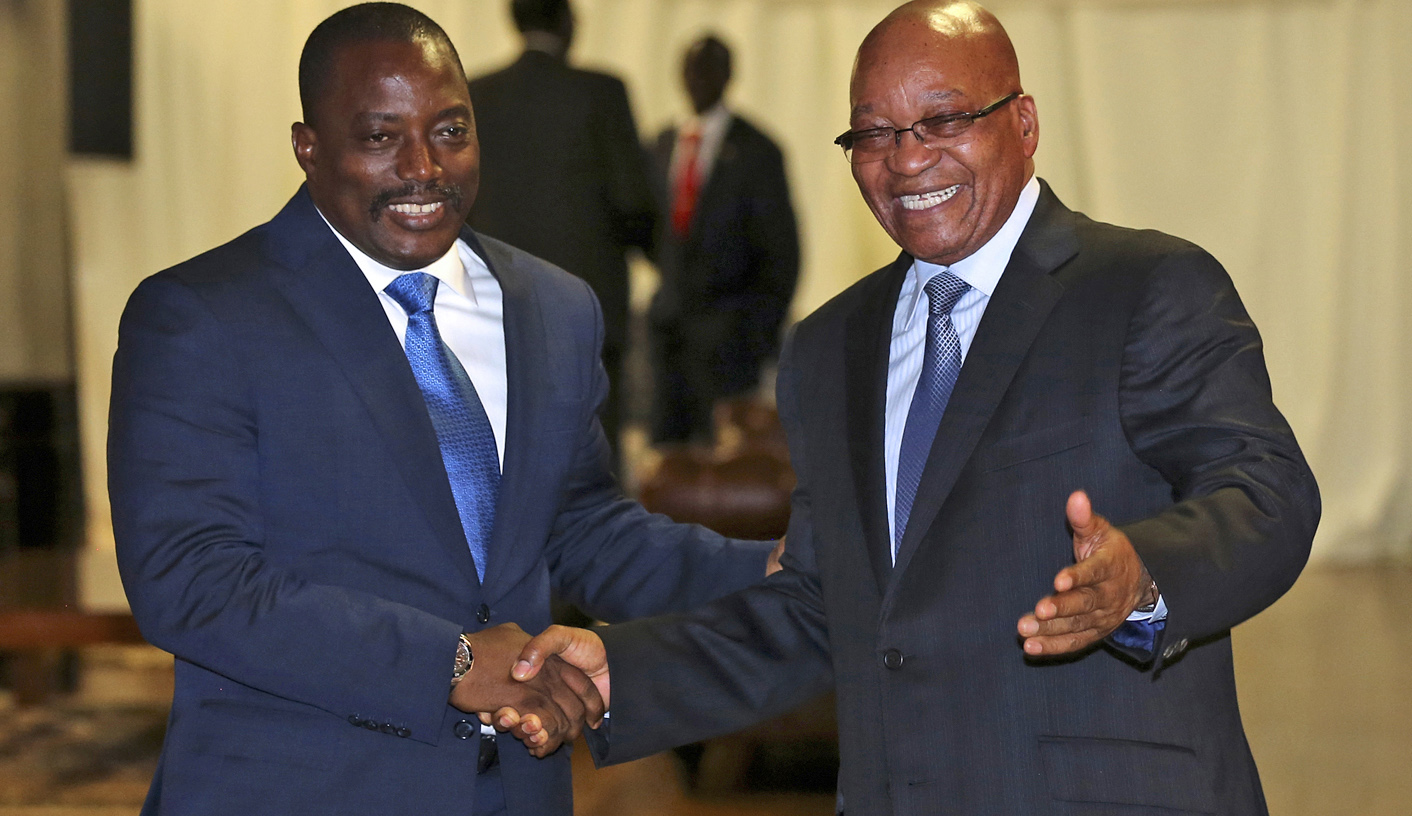 Observers and many of the Congolese diaspora in South Africa are hoping that President Jacob Zuma will tell DRC President Joseph Kabila it is time to go when they meet in Pretoria  on Sunday. But this is unlikely. By PETER FABRICIUS.

Kabila’s constitutionally-mandated second term expired last December but he remained in office, insisting that the DRC couldn’t hold elections because its voters roll was out of date. That provoked deadly clashes and at the end of the month the church brokered a deal whereby elections would be held this year and Kabila would then retire.

But Kabila shows no signs of sticking to the deal and has suggested he never agreed to it. Members of the Congolese diaspora in South Africa have vowed to mount protests on Sunday against Kabila.

International Relations Minister Maite Nkoana-Mashabane and her officials on Saturday appeared to dash any hopes that the Congolese opposition might have that Pretoria would put the squeeze on Kabila to vacate office this year.

On the contrary Nkoana-Mashabane sympathised with the DRC, saying that foreigners also thought they needed to “assist” the ANC in determining the outcome of its presidential elective conference in December.

She was speaking at the opening of the ministerial segment of the SA-DRC Binational Commission in Pretoria. Zuma and Kabila will co-chair the presidential level of the commission on Sunday.

Nkoana-Mashabane’s comment might also have been just a hint of friendly advice from to the Congolese to get their act together if they didn’t want external forces to get it together form them.

“If you don’t talk among yourself, other people will say we are coming to help you talk, from overseas,” she said to her DRC counterpart Leonard She Okitundu.

But she later added DRC was “faced with a lot of determined external pressure” on its political transition.

“It’s a given. Even here, we are not facing elections…but because the ruling party is going to its national conference, there’s a lot of interest from overseas, abroad about what we are doing internally, in the party and they think we need to be assisted.

“So the pressure you feel, you are not alone in it. But as we said with the honourable minister, the true solutions would be made in the DRC, found by the people of the DRC. All we can do is to support you as you go through this current political transition.”

South African officials said they believed it would be impossible for the DRC to hold elections this year as it would not be possible for it to update its voters roll in time. They added that the DRC would probably meet its own deadline to register new voters by the end of July – except in the south-central province of Kasai where there has been an outbreak of violence.

But the officials said that this would not leave the DRC government enough time to reconcile new and existing voters in time. The DRC government also said it needed US$ 1,6 billion to run the elections – which it was determined to fund itself.

Nkoana-Mashabane recalled the long and extensive aid South Africa had given to DRC, including the Inter-Congolese Dialogue which it hosted at Sun City in 2002 which led to the revival of democracy.

But she said the two countries needed to improve their partnership, focussing on defence and security; energy, infrastructure; transport; mining; trade and investment; agriculture; capacity building; immigration and health. DM