Op-Ed: How drugs (and alcohol) kill – and it’s not what you think it is 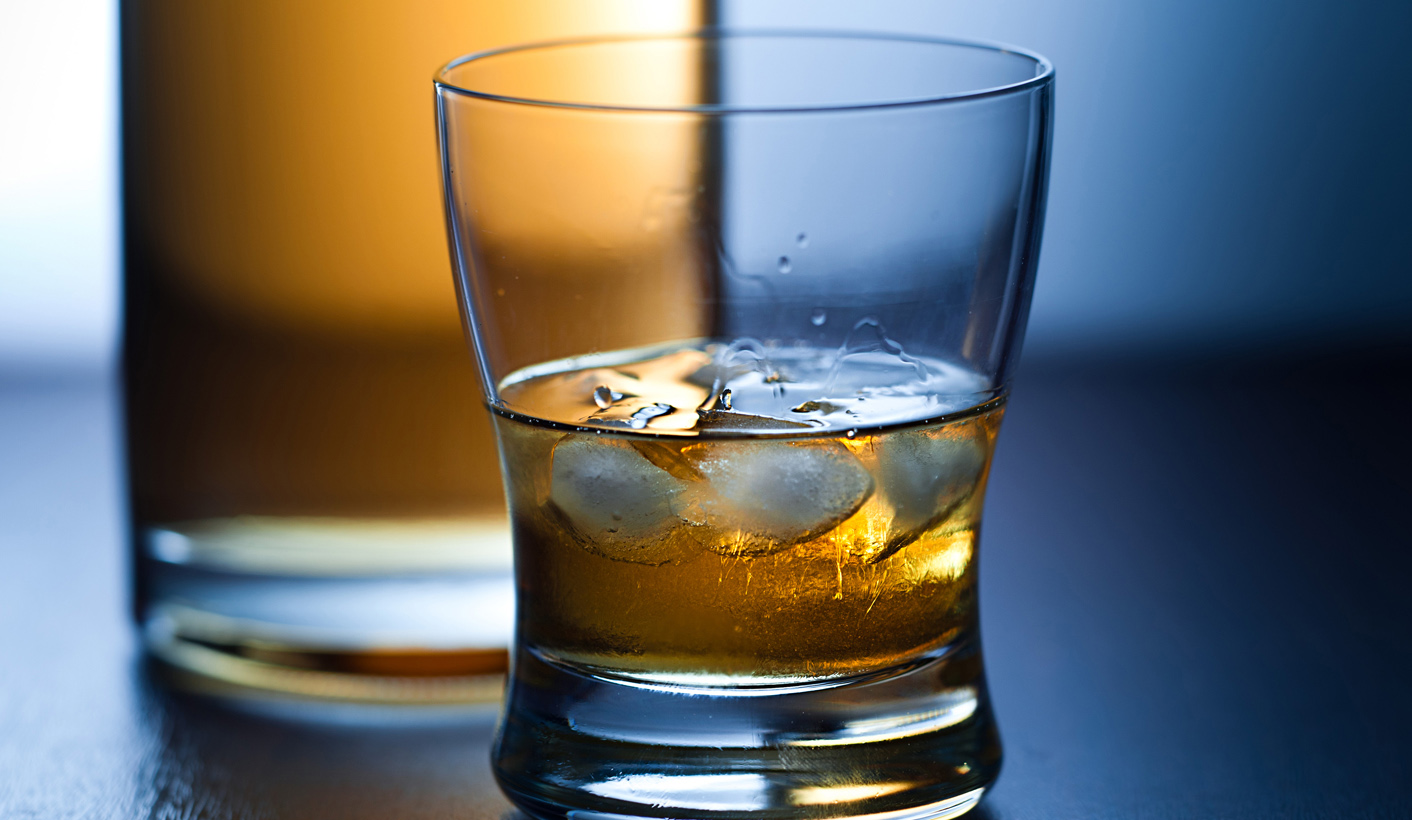 Drug users are harmed more by the actions of law enforcement personnel, the criminal justice system, health practices and stigma than the harms caused by the use of the drug itself. Assessing what constitutes appropriate regulating respect to alcohol and other drugs will be something that South Africa and other societies need to consider very carefully. By ZANE DANGOR.

I would like to locate a discussion on measures to reduce alcohol harms within the overall context of regulations of controlled or potentially harmful substances. The regulations of controlled substances are uneven across the world and are, in most cases, determined by politics rather than science. The science versus politics polemic applies to alcohol as much as it does to other drugs that are completely prohibited by law.

Despite science catching up with alcohol and the harms it can cause, alcohol is celebrated, marketed and populations are generally encouraged to use it socially and even for health reasons. Conversely, all other drugs are demonised and their users jailed and stigmatised, and societies are subjected to violence by the state through the “war on drugs” and by gangs seeking to maintain monopolies and market share over illegal drugs in the illegal economy.

At the same time global legal frameworks permit a war on the public health of society through under-regulating alcohol – despite the emerging evidence about alcohol related harms. The now famous multivariate study done by UK-based scientists, the results of which were published in the respected medical journal, The Lancet, indicated that alcohol was possibly the most harmful substance when indicators measuring harms to users and harms to others were combined.

Yet alcohol is legal and celebrated while most other drugs are illegal. And conversely, evidence is emerging that the most severe harms associated with illegal drugs lie in policies, laws and attitudes that underpin their prohibition. Drug users are harmed more by the actions of law enforcement personnel, the criminal justice system, health practices and stigma than the harms caused by the use of the drugs itself.

Assessing what constitutes appropriate regulating with  respect to alcohol and other drugs will be something that South Africa and other societies need to consider very carefully. The emerging evidence on the harm of alcohol undergirds proposals made over the last few years by the South African government on regulations that may reduce alcohol-related harms. These measures, though, do not seek to prohibit alcohol, but to regulate the substance in a manner in which harmful use is minimised. Measures that seek to criminalise its use or lead to prohibition type policies should be discouraged.

The reasons for this are clear. The prohibition of alcohol in the United States in the 1920s gave rise to the Mafia and other gangs that profited from alcohol being part of the illegal economy. The prohibition period was one of the most violent in US history. The reason for this was competition between rival gangs for the distribution of alcohol on the streets through the illicit economy. Being an illegal substance, there was no means other than through the demonstration of brute force for the gangs (distributors) to deal with their competitors – other gangs. When the prohibition on alcohol was lifted and its production, distribution and consumption was regulated in the legal economy, the violence associated with alcohol production and distribution decreased.

Interestingly, this was also the same time that previously legal drugs like cocaine and marijuana were made illegal. Emerging research indicates that this was due to an (unwitting?) alliance between the US government and the Mafia who needed new products to fill its now empty coffers through trade in the illicit economy. The so-called “war on drugs” had commenced.

A hundred years later, researcher and journalist Johann Hari found that: (a) Drugs are not what we think they are; (b) addiction is not what we think it is, and (c) the “war on drugs” has very different motives to the ones we have seen in our media for so long. In his book, Chasing the Scream, Hari writes that more people are killed and harmed through the war on drugs than through the drugs themselves. Since 2006, over 100,000 people were killed in Mexico alone in gang violence linked to the drug trade and the war on drugs. In the US, 47,000 people were killed as part of the war on drugs. Closer to home, gangs in the Western Cape and in Newclare/Westbury in Johannesburg, resourced by the illicit drug economy are powerful and wreaking havoc on communities and people.

Westbury and Manenberg though are not experiencing anything different to what people in the barrios of Mexico City, Rio De Janeiro or the ghettos in Chicago are experiencing. The experiences are unfortunately remarkably similar. The illicit dug trade fuels gangs, gang violence and addiction. How does a substance being illegal fuel addiction? The following example provided by Hari is typical. A small time drug user who has lost his (let’s assume he is a male) job due to being jailed for petty possession becomes a runner for a major dealer. The small time drug user sells to primarily support his habit but in order to ensure that he can do so, he needs to ensure that his “trade” is sustainable. He does this through taking one kilogram of heroin and making it three kilograms through cutting it with rat poison or baby powder. The users who buy this contaminated product clog their veins and can die from the complications of it. Because it is illicit, the drug can be sold to anyone without regulation and control. It is often easier for a person under the age of 18 to buy tik than it is to buy a six-pack of beer. Also, the quality of what is sold is beyond any regulation, which often gives rise to the biggest harms.

The deaths caused by gang violence and the war on drugs fuelled by the complete prohibition is further brought into the spotlight when new evidence on addiction is brought to the fore. New evidence on addiction shows that addiction is propelled more by a lack of love, connectedness and social cohesion. While there is undoubtedly a chemical hook associated with severe addiction, rehabilitation and treatment are invariably useless when the connectedness and love issues are not dealt with.

How many of us have not experienced family members and friends who transit in and out of rehab centres without any success? How many of us are guilted into making a bad situation worse when we ostracise and stigmatise family members through the ubiquitous tough love approach? When we chase our children into the streets without care and resources, all we are doing is ensuring that harmful drug use continues as the only care they will get is through either the compassion of other drug users or the violence and viciousness of drug dealers.

Many young men and women have been forced into sex work, crime and other hazards due to the combination of the illicit nature of drugs, stigma, discrimination and the resultant disconnection from family and community. The arrest and prosecution of mainly drug users, many who often use drugs as a result of undiagnosed and/or insufficient treatment of mental illness is also a great harm. The prosecution for drug use often amounts to criminalising illness, including the illness of addiction. Far from being a solution to reducing harmful use of drugs, the criminal justice systems exacerbate the problems associated with harmful use of drugs and the underlying causes of harmful drug use and addiction. This includes the trauma of being subjected to legal processes where police, prosecutors and magistrates have very little knowledge about the drivers of harmful use of drugs and addiction.

At some point, the question will need to asked as to why drugs like cigarettes and alcohol and the harms and addictions associated with them do not lead to criminal processes. The answer to this question may need to be tested through public interest litigation that challenges sections of the drug control prohibitions that contravene rights to privacy and health, among others. The impact of the legal system on drug users is also more glaring in that the people that sell drugs and engage in the violence as a result of the illicit nature of the trade are shielded due to the corruption of police and others in the criminal justice system.

The new evidence after more than 100 years of trying the same strategies without much success needs to be discussed openly. Countries that have implemented effective harm reduction strategies combined with programmes to reduce stigma and discrimination have showed remarkable results. Decriminalising the possession of drugs combined with the establishment of safe use centres have reduced addiction rates, harms associated with drug use and violence in places like Portugal, Canada and Norway. Harm reduction measures such as these, combined with love, care and population-wide strategies that seek to reduce poverty and inequality are the strategies we need to embrace, rather than the War on Drugs approach where we are chasing ghosts and engaged in warfare with our own children, friends and family.

There is sufficient evidence that prohibition-based policies are more harmful in the end. The solution lies in what constitutes appropriate regulations to ensure that substances, inclusive of cigarettes and alcohol, are not used in harmful ways. The prohibition of drugs has not reduced their availability or served to reduce addiction rates or harmful use across the world. Conversely, locating drugs within the illicit economy and outside the mandates of health and social programmes are where the real harms lie. DM

Zane Dangor, former Director-General of Social Development, is currently serving as the UNFPA’s Representative to the AU and UNECA in Addis Ababa. He writes in his personal capacity. A version of this article was first published in the community magazine, SPEAK.