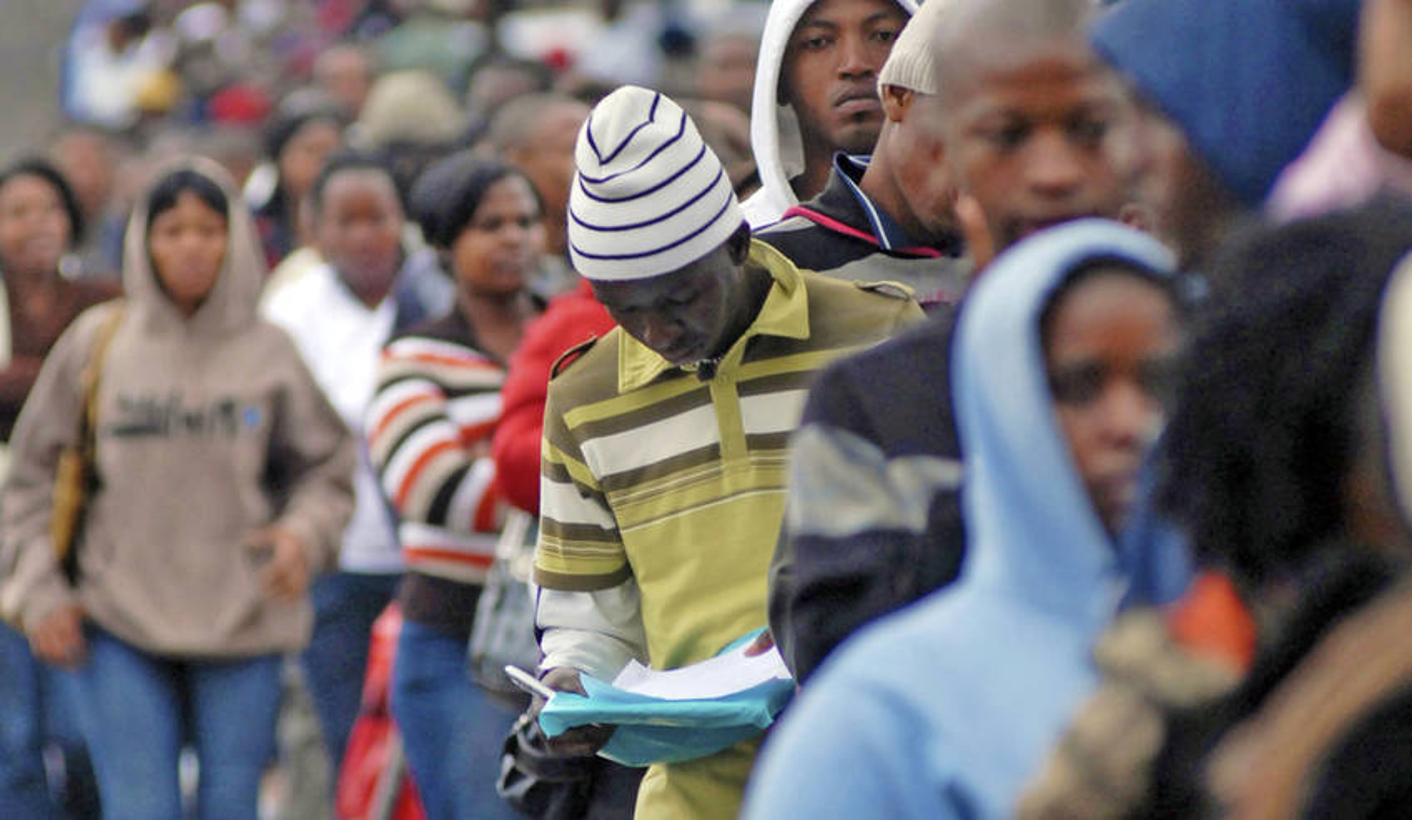 Young unemployed South Africans spend hundreds of rand a month looking for work and because of these high costs, looking for a job could exacerbate poverty. By ZOHEB KHAN, LEILANIE WILLIAMS and LAUREN GRAHAM.

Previous Centre for Social Development in Africa research (see their minimum wage report) consulted young people about their experiences of work-seeking. The key finding from this qualitative work was that the costs of work-seeking are untenably high. The Siyakha Youth Assets study has shed further light on these costs, and we are now able to quantify them.

The research follows close to 2,000 young South Africans – mostly between the ages of 18 to 25 – as they enter and complete training programmes aimed at providing them with the skills to become more employable. Various questions about work-seeking costs were asked as they entered the programmes and upon their exit.

First, respondents were asked about transport-related costs and then all other costs. The average monthly amounts spent just on transport costs for work-seeking were R562 and R583 at the beginning and end of the programmes, respectively. The bulk of respondents lived in townships on the margins of areas of significant economic activity, necessitating travelling large distances to employment agencies, potential employers, and in many cases internet cafés when these are not available where they reside. Unfortunately, the South African public transport system is expensive, inefficient (trips from the townships into city centres can require several taxis and several hours), and often dangerous (overcrowding; unroadworthy vehicles; strike action; violence against women). Poor South Africans continue to pay the price for apartheid spatial planning and failures by successive democratic governments to substantially improve public transport, build low-cost housing close to economic hubs and invest in job-creation in local communities.

In addition to these transport costs the participants faced a range of other costs associated with work-seeking. Non-transport related search costs amounted to R380 and R333 at the beginning and end of the programmes respectively, and comprise internet costs (at an internet café or purchase of data), printing fees, application fees, agency fees, and, in some cases, the payment of bribes.

As with inefficient public transport, it is poor South Africans who bear the brunt of high data pricing practices and the shortage of functional community-based employment agencies or services which provide information to job-seekers. Most of the participants indicated that they had to borrow the money from household members, which often led to strain on family relationships. This means that poor individuals and their households have to carry the costs of work-seeking, borne from a lack of investment in employment services and the high costs of data currently under scrutiny.

While the participants were completing the employability programmes they experienced a marginal decline in non-transport costs because they had improved access to internet, printing, copying and scanning facilities through the programme facilities. Some of the programmes offered a stipend, which resulted in more young people using their own earnings or savings for work-seeking instead of borrowing, thus alleviating the pressure on already cash-strapped family members.

SA Connect, government’s initiative to expand broadband and ultimately make public, free wi-fi accessible, especially in under-serviced areas, should be fast-tracked. Similarly, employers – whether public or private – need to recognise these costs and factor them into application procedures. This could include, for example, dispensing with requirements for paper-based applications which would substantially reduce costs by removing the need to print, post and/or travel to employers to submit applications in person.

When transport and non-transport costs are combined, the total average monthly amount spent on work-seeking is R942 at baseline and R916 at endpoint. This does not vary substantially across the country and accounts for, on average, two to three job applications per month. Most of these respondents lived in households with a combined income of less than R3,500 a month (R527 per person). The bulk of these households were moderately to severely food insecure. Spending on work-seeking is thus, effectively, taking food out of family members’ mouths.

South Africa invests exceptionally little in employment services (R38 per unemployed person in 2012) when compared to countries like Brazil (R11,000 per person in 2012). Employment services include access to information about job availability and support to develop one’s CV and job search efficacy. These are tasks that remain the domain of labour centres which are important community resources that could be more efficiently used. This lack of investment in employment services and efficient public transport, combined with high data costs, effectively means that the costs of work-seeking are privatised, with poor individuals and households bearing the burden. Helping young people to find work would represent a social investment which would not only benefit the work-seeker and their family, but also broader society (social cohesion; more working people; more taxpayers; more young people energising the workforce and growing the economy). Investing in the resources that facilitate cost-effective work-seeking is therefore paramount. Such investments could include:

The immediate response to these solutions is often to dismiss them as too expensive. However, we need to rethink how we conceive of cost and attempt to quantify, or at least identify, the longer-term consequences of continuing worsening youth unemployment and the unrivalled inequality it sustains. The international and historical evidence is – to say the least – discouraging: depriving the majority of the population of access to opportunity is a recipe for violent social upheaval. If we value the future of South Africa, we are obligated to support our youth. DM

Zoheb Khan, Leilanie Williams and Prof Lauren Graham are part of the Centre for Social Development in Africa, University of Johannesburg