ISS Today: Will South Africa be at the 29th AU summit? 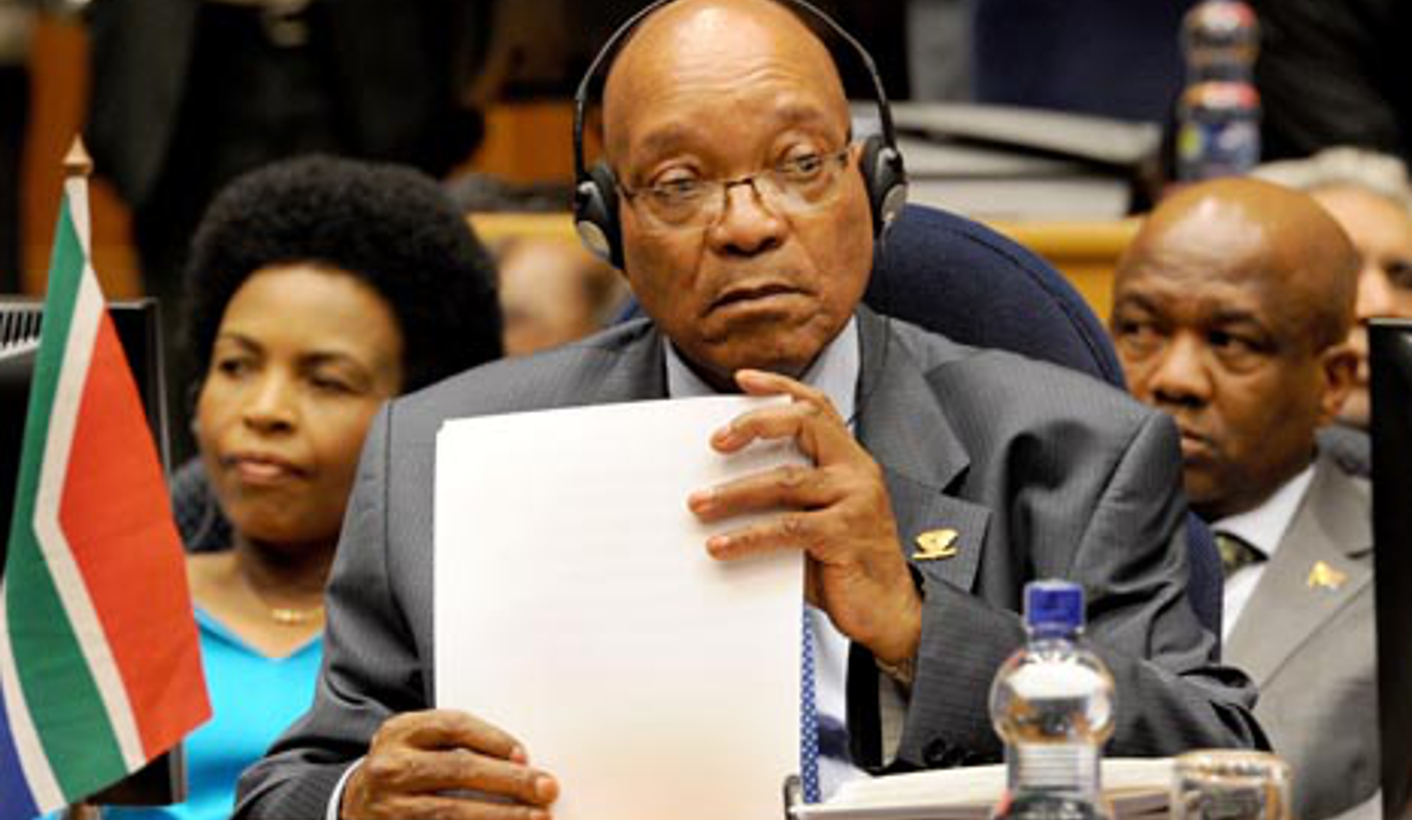 ISS Today: Will South Africa be at the 29th AU summit?

The 29th African Union (AU) summit that takes place in Addis Ababa from 27 June to 4 July is likely to be the first in many years without a South African president in attendance.

If President Jacob Zuma doesn’t turn up for the heads of state meeting on 3 and 4 July, it will be because of timing; the summit coincides with the crucial African National Congress (ANC) policy conference from 30 June to 5 July – an event the embattled Zuma can’t afford to miss.

Deputy President Cyril Ramaphosa is also unlikely to attend the AU summit in Zuma’s place – as one of the front-runners to replace Zuma as ANC leader in December, the policy conference is equally important for him.

New rules adopted by the AU compelling countries to be represented at the bi-annual summits by either the head of state, prime minister or deputy president complicate things for South Africa. Some may sympathise with a more inward-looking South Africa at a time of internal strife within the ruling party, but a no-show could be damaging for its image.

Since former AU Commission chairperson Nkosazana Dlamini-Zuma stepped down earlier this year without contesting a second mandate, South Africa has shied away from occupying other important posts in the organisation.

On a global scale, Zuma has been largely absent in talks concerning Africa’s relations with the rest of the world. Many of the current initiatives to take the AU forward are driven by leaders like Rwandan President Paul Kagame and AU Chairperson President Alpha Condé of Guinea.

Then again, is there anything for South Africa to gain in an institution like the AU that seems to move away from South Africa’s ideals like, for example, fighting for independence of the Western Sahara? Also, most of the issues and conflicts the AU is dealing with are fairly far removed from South Africa. Focus is increasingly on the Sahel region, South Sudan, Somalia, as well as trying to stabilise Libya.

The latest ANC policy document on foreign policy, to be discussed at the party’s upcoming conference, emphasises the continued need for African unity. It does this despite lamenting the “realignment” of forces in the AU and seeing the inclusion of Morocco in the organisation as a symptom of internal divisions and foreign intervention on the continent.

ANC insiders on foreign policy also say the party still believes in continental integration – especially in the “unpredictable and uncertain world” that its policy document speaks of. In this, the ANC and South Africa are in line with continental thinking.

When it comes to the AU, both the Department of International Relations and Co-operation and the ANC believe that the tenure of Dlamini-Zuma helped focus and professionalise the AU. And according to one policy maker, where South Africa in the past assisted the AU with the construction of the African Peace and Security Architecture, it is now focusing on the African Governance Architecture.

As chairperson of the Southern African Development Community (SADC) for one year, starting in August, South Africa will have the opportunity to show this commitment to African integration.

At a round table discussion in Pretoria last week on South Africa’s role in SADC, University of the Witwatersrand academic Anthoni Van Nieuwkerk said South Africa believed its commitment to SADC served the national interest – even if this remained a vague notion, often linked to elite interests of former liberation movements across Southern Africa.

Speakers at the meeting said South Africa’s commitment to finding a solution to the political crisis in Lesotho – and committing time and resources to this – was proof of its leadership in the region. There has been very little emphasis on South Africa’s role in Lesotho at the AU level, mainly because South Africa and SADC prefer to deal with Lesotho “in-house”.

Officials also insist that South Africa is playing a role behind the scenes in talks between the governing party and the opposition in Mozambique, but that it doesn’t engage in ‘megaphone diplomacy’. The downside of such an approach is that South Africa is not seen as playing any role in peace and security issues in Africa.

Thomas Mandrup, associate professor at Stellenbosch University’s faculty for military science, says while South Africa’s contribution to peacekeeping has dwindled to just over 1,300 troops in the eastern Democratic Republic of the Congo, there is an expectation that South Africa, with its relatively large though underfunded military, should play a bigger role.

South Africa has an army of 37,000 troops, but together with civilians, the figure goes up to 78,000. When reserves are included –  which are extensively used in peacekeeping operations – it comes to close to 90,000, says Mandrup.

While South Africa, as an upper middle-income country, can’t use peacekeeping to subsidise its military as some smaller African countries do, its deployment in peace operations, compared to the size of the army, is a far cry from that of some other African countries.

The African Capacity for Immediate Response to Crises, a Zuma initiative, is also underfunded and has never been deployed.

Indications are that the AU – as is often the case – could be willing to compromise on its new rule on high-level attendance at the upcoming summit. A foreign minister might just do.

The AU also hasn’t said what the sanction would be if a country’s leader doesn’t attend. As one of the biggest funders of the AU, South Africa might get away with a lower-level attendance, but it will have to be a once-off occurrence if the country is to show commitment to the AU and continental integration. DM