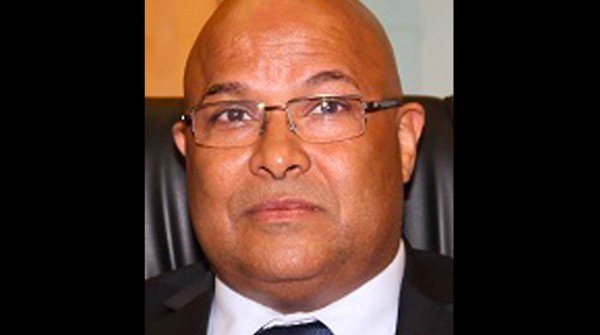 The Passenger Rail Agency of South Africa (Prasa) seems to be paralysed by systemic corruption. A recent investigation by National Treasury found that only 13 out of 216 contracts awarded between 2012 and 2015, all with a value exceeding R10-million, were above board. Sfiso Buthelezi, the former Prasa board chair and recently appointed deputy minister of finance, must be criminally charged for turning a blind eye to the state entity being fleeced, his own department had found. And now it turns out one of those who benefited from a corrupt tender is the spy boss Arthur Fraser. By PAULI VAN WYK.

So dubious and incomplete was the paperwork submitted to investigators, says Nexus, that “it cannot be excluded that the disregard for proper process… was as a result of, or in lieu of, gratification as defined in [the Prevention and Combating of Corrupt Activities Act]”.

Resurgent was contracted in 2015 to do a security risk threat on hot spots that included corridors, equipment rooms and sub-stations in Gauteng, Western Cape, areas of Durban, Port Elizabeth and East London.

Resurgent also had to review and analyse Prasa’s security strategy and provide training for security personnel, it is stated in documents that Daily Maverick has seen.

The contract was awarded during the controversial tenure of Prasa’s ousted general CEO Lucky Montana, who must face criminal charges for his role in the saga along with Prasa’s then head of group corporate security Kabelo Mantsane and former chief procurement officer Joseph Phungula, who must be charged with fraud and corruption.

Fraser resigned as director from the company weeks after being appointed as director-general of State Security in September 2016. He referred all questions to Resurgent, who declined to comment.

Manzini said the company did not receive a copy of the investigation from Nexus and “is unable to provide a response to the questions”.

When the contract was awarded in 2015, Fraser and Manzini were Resurgent’s shareholders and directors, News24 reported. It is unclear whether Fraser still owns a stake or has resigned from both positions.

Resurgent did not answer questions about the allegation that the company’s tax clearance certificate is a fake.

However, when questioned by Nexus, Resurgent denied using a fake tax certificate, despite the South African Revenue Service (SARS) saying it was not issued by its office. Nexus investigators recommended that National Treasury probe the veracity of the certificate “before any steps are considered, as it is possible that SARS’ records may be incorrect”.

It is not the first time that Fraser’s and Manzini’s Resurgent Risk Managers is accused of wrongdoing.

The South African Social Security Agency (Sassa) apparently paid Resurgent R14.3-million in 2014 for “consultancy services” that may have been awarded irregularly. An investigation into this contract is still under way.

Evidence that the process of awarding the Prasa’s R90-million contract was fishy from the word go is, however, mounting.

Nexus recommended that Resurgent’s contract should be reported to the police for contravening the country’s corruption laws.

The contract was awarded to Resurgent on the basis of confinement: a method used to bypass laborious tender procedures on the rare occasions necessitating urgency, great secrecy or when the expertise needed is unique.

But Nexus found that none of these reasons existed and the “confinement application was substantively unjustifiable”.

Documents show that Prasa’s Corporate Tender Procurement Committee (CTPC), which has to decide whether a confinement tender can be awarded, also “never recommended or approved the confinement application”.

Nexus found there were “numerous material and irreconcilable contradictions” between the confinement application the CTPC approved and the approved memorandum Montana signed in the end.

The pair seemingly misrepresented the CTPC’s findings, but it is not clear if Montana was in on the scheme or has been misled.

Montana also signed the contract without Prasa budgeting for the expense and R52,871,837 was paid to Resurgent “irregularly”.

“[Montana] when instructing the end-user (Prasa) to follow the confinement process, acted grossly negligent in the execution of his duties,” Nexus advised. He failed to comply with his “fiduciary duties” and “general responsibilities” as prescribed by the Public Finance Management Act, investigators said.

The “actions” of Mantsane, Phungula and Montana are also “described and prohibited in sections 4 and 12(1)(i) of Precca”, Nexus said. Sections 4 and 12(1)(i) of Precca include when a public officer received a bribe in order to grant a tender, the abuse of their authority as well as when the officer influenced another person or was influenced by someone to act dishonestly.

Montana, Phungula and Mantsane have previously denied all wrongdoing. DM