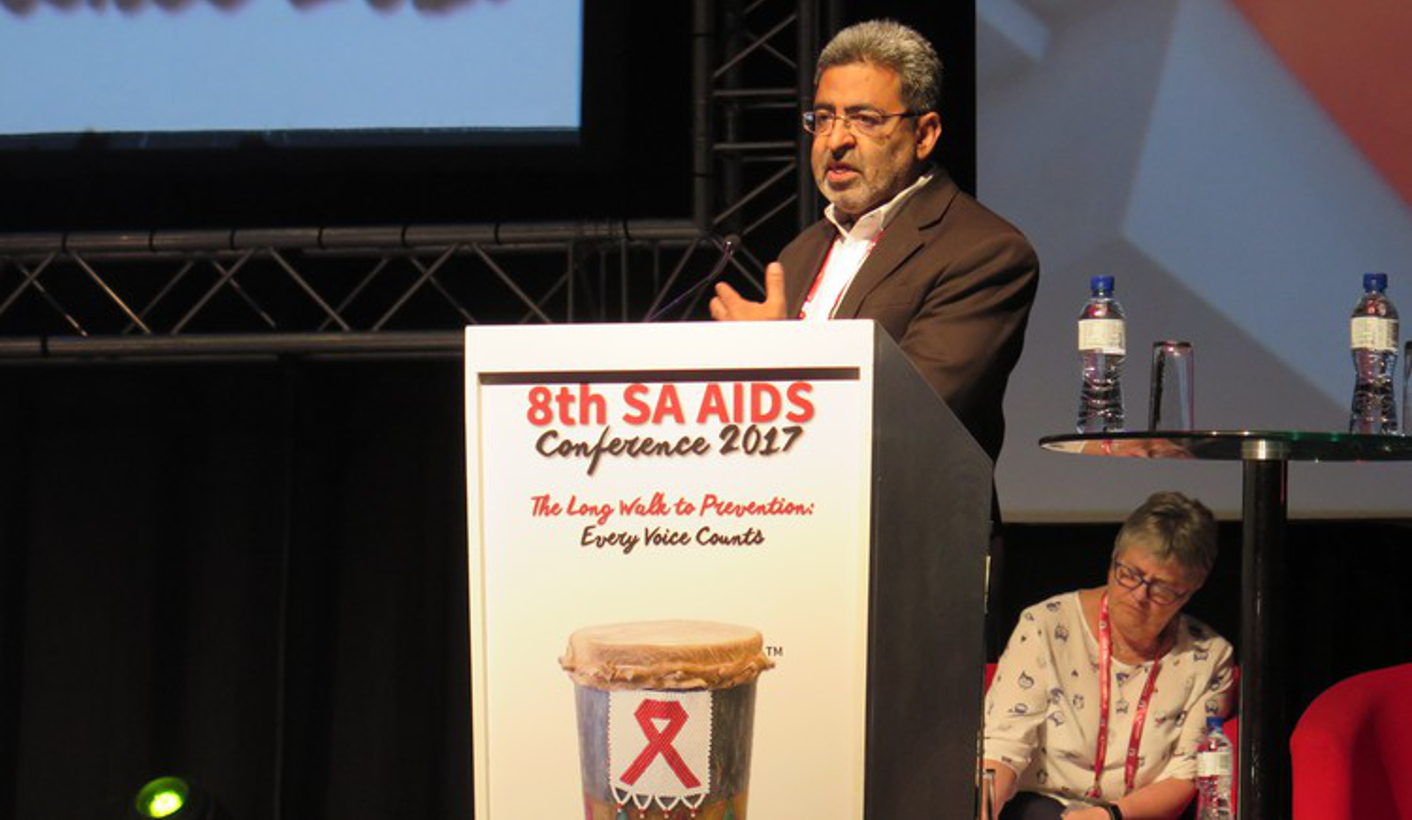 There are many “missed opportunities” in the National Strategic Plan (NSP) for HIV and TB, said Fareed Abdullah at the closing of the South African Aids Conference on Thursday. But he maintains that it's not too late to improve it. By Ashleigh Furlong for GROUNDUP.

Fareed Abdullah is the former CEO of the South African National Aids Council (Sanac), the institution responsible for developing the NSP. He is currently the head of Aids and TB research at the Medical Research Council.

The NSP has been criticised by a number of civil society groups and this resulted in two demonstrations during the conference – one by a general group of activists and another by sex worker rights activists.

At a press briefing on the closing day of the conference the Sanac defended the NSP, saying that while it was “imperfect”, it had incorporated viewpoints from many sectors of society. Sanac representatives largely blamed the critique of the plan on individuals and organisations who were unhappy with their loss of leadership in Sanac and the transformation that was taking place within its structures. They also rejected claims of corruption within the council.

“We now know that we cannot treat our way out of this epidemic,” said Abdullah. Rather, prevention interventions are needed that focus on the social and structural drivers of HIV. A slide shown by Abdullah made the following points:

Abdullah said that a lot of work would need to be done to find the “sweet spot” of how much money should be invested in specific interventions such as the contribution of gender-based violence to HIV transmission, the role of alcohol as well as factors such as hunger.

While the NSP provides a “good broad framework” there are areas that are lacking, believes Abdullah. However, he said that there is still the possibility of improving the NSP.

One of Abdullah’s concerns is that the “toolbox” provided in the NSP “doesn’t match the impact that we’re looking for”. The NSP aims for a 37% reduction in new HIV infections by 2022, a target that is unlikely to be reached with the current plan.

Abdullah said that there is a need for a prevention agency that has substantial resources, a large reach and is able to implement multiple programmes at community level. “But at the moment we don’t really have an agency with the wherewithal, the authority and the institutional capacity (to do this).”

While there were “many steps forward on TB”, Abdullah said that “TB is nothing short of a national crisis”, one that he believes needs to be addressed through leadership, management, logistics and an investment in drugs. “It needs nothing short of a revolution in a short space of time,” said Abdullah.

As for the NSP’s much talked about failure to include a recommendation for the decriminalisation of sex work, Abdullah said that this was another “missed opportunity”.

Low targets were set in the NSP for pre-exposure prophylaxis (PrEP): only 18,000 people in two years, and it is limited to demonstration projects.  Yet this is something that could be rapidly scaled up for key population groups such as sex workers, men who have sex with men and transwomen, said Abdullah. “For 20 years (we) always said that key populations are not essential but I think (we have) been proven to be fundamentally incorrect about that.”

He also warned about drug use becoming a major contributor to HIV transmission in the next five years. DM