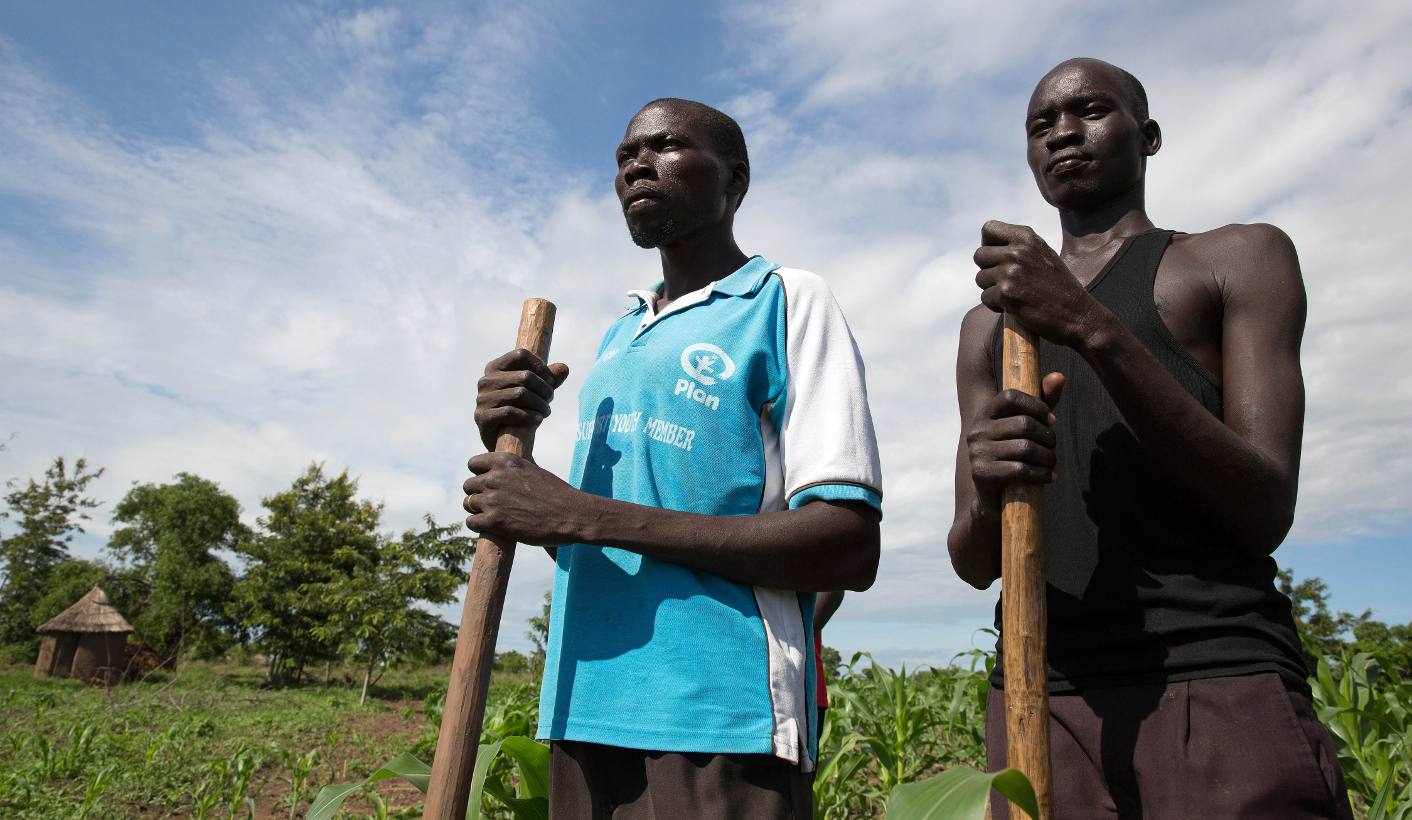 Tuesday 20 June is World Refugee Day. The war in South Sudan has sparked the world’s fastest growing refugee crisis. Most of them land up in Uganda. The country has come up with some innovative strategies to cope. By UNICEF.

Uganda’s progressive refugee policy is hailed, justly, throughout the world. Refugees are allocated plots to settle on rather than being housed in temporary tented camps. The Ugandan government affords them the same protection, access to services, employment and rights its own citizens enjoy, although they are barred from getting involved in politics.

This has made Uganda an attractive destination for those living in neighbouring countries fleeing famine and war. The country now hosts nearly 1.3-million refugees. Most are from South Sudan, which has been engulfed in a bloody civil war since December 2013 that shows no sign of abating. Of these, 60% are children, one in three under the age of six.

An average of 2,000 refugees continue to stream into Uganda every day, placing an intolerable strain on state and donor resources. Although refugee plots include small gardens, these are too small for planting cash crops or rearing livestock. Which leaves most refugees with little opportunity to rise above subsistence level.

Michael Awan, 26, is one of the lucky few with enough land to cultivate thanks to a friendship he struck up with Ugandan Jackson Maliamungu. Awan and Maliamungu met at a community centre in the refugee settlement near the town of Adjumani where both work as trainers.

Maliamungu, 35, lives in a village nearby that’s blessed with water and plenty of fertile, well drained land, some of it lying fallow. “I invited Michael to my home to meet my family,” says Maliamungu. “I told him: if you want to dig here I will give you a piece of land.”

Now Awan is the envy of his community and the pride of his family. “They praise me as a hard-working man,” he says, looking at his maize crop. “When there is a good harvest I can share it with my family and sell some. Jackson is a cool friend.”

The money he earns is used to buy meat, cooking oil and medical necessities for himself and his family. At a time of drastically reduced refugee rations this could mean the difference between a balanced diet and malnourishment for his uncle’s four children. “People are very hungry. Before I started farming we would eat tree leaves and grasses. Very few people have access to meat,” he said.

Awan has benefited from what he considers Maliamungu’s advanced agricultural techniques. These include using hoes to prepare soil for planting and to remove weeds, and ploughing with oxen. “In South Sudan we did it by hand,” Awan explains. “What took us months to do now takes days.”

Uprooted grass and weeds are left to rot between maize plants to leach nutrients and prevent soil from washing away in the rain.

Maliamungu says he doesn’t charge Awan rent or expect to share in his profits. “I’m not doing this for myself. If he sells crops the money is his. If he wants to give me something he can decide.”

Relations between Ugandans and the refugees weren’t always so cordial. “We feared them coming,” says Maliamungu. “People were worried they would cut down all the trees.”

Clashes were averted through mediation between village and refugee leaders. The government policy of prohibiting tree cutting and supplying refugees with construction poles also helped.

Now the refugees barter their cooking oil for charcoal from the Ugandan villagers. Initiatives to help refugees are integrated into national development planning, with 30% of state and donor resources going to local communities.

The result is that aid agencies operating in the settlements have brought innovations and services to Ugandans living nearby.

Last year the UN’s Food and Agricultural Organisation supplied 1,200 energy saving stoves to refugee settlements and Ugandan villages as well as training thousands of households to build them.

The FAO also distributed livestock, grinding mills, over 50 tons of seed for staple crops and vegetables as well as 4,000 hoes.

“They brought us knowledge that is saving our trees, they brought us goats, pigs and ox ploughs,” says Maliamungu. “You see, when you offer your land you get something back.”

Shared benefits extend to parent training centres in the refugee settlements. Almost a quarter of the women who attend packed sessions are Ugandans. To cater for them, the teachers, trained at a nearby college with support from the United Nations Children’s Fund, are split between Ugandans and refugees.

“We are one nation now who use two languages: the Ugandans speak Madhi and the refugees speak Dinka,” says Maliamungu. “Now the children are learning to play together peacefully and learning each other’s languages.”

The same goes for medical facilities. Sharon Layet, 25, gave birth to a baby boy at a well equipped and staffed health centre in Pagirinya refugee settlement near Adjumani that was completed last December.

Previously she had to travel 60km to reach the nearest clinic. “To go to the clinic cost a lot of money,” she says. “I used to leave in the morning and come back in the evening. Now I can be here in one hour.”

This is of great help for antenatal and postnatal visits. “They all enrol in the feeding scheme,” says health worker Jackline Abalo. “When we see the mothers they are doing good. It’s helped us abolish home deliveries. Refugees and Ugandan nationals, we help them all.”

Sarah Mbeiza, a nutritionist at the centre, says almost a quarter of patients the clinic serves are Ugandans.

When mothers have their children immunised they receive nutritional food packs that last until their next visit.

“It’s an incentive to attend classes and vaccination. They make sure they attend. They know if you don’t bring your child for immunisation you don’t get any porridge,” says Mbeiza. “In the long run it’s good for the children because it increases breast production and prevents low birth weight babies. It’s changed their lives a lot.”

For entrepreneurs the influx of refugees has brought new business opportunities. The sound of nails being hammered into construction poles fills the air at an open field near Uganda’s newest settlement, Imvepi. Shops, restaurants, mobile phone kiosks, mosques and churches are springing up at a rapid rate.

Asiku Ayub’s restaurant consists off little more than a framework of wooden poles, but he insists that in just three days he will be serving fried fish, chicken and beef with sweet potatoes, cassava, greens and cabbage salad. “Everyone will come and eat here – NGO workers, refugees, even you,” he says.

A short distance away, Patrick Muyunge is busy erecting a grocery store with his business partner Moses Edema. Before the war the pair lived in South Sudan, where they ran a transport business. “They helped us when we lived there,” says Patrick. “Now we help them.”

Moses agrees. “These are our friends and brothers,” he says. “They have no bad manners. And they are good for business.” DM

Photo: Sika Oliver Bangbe, 24, arranges his secondhand clothing boutique in Bukasa, Kampala. Sika is originally from Yambio, South Sudan. He left South Sudan for Uganda in 2013 as he ran away from war with his brother and cousins. He is now working to earn money for his school fees. He would like to go back to his country, if peace ever comes. Photo: Martina Bacigalupo for The Development Set