ISS Today: Back to the future for ANC foreign policy? 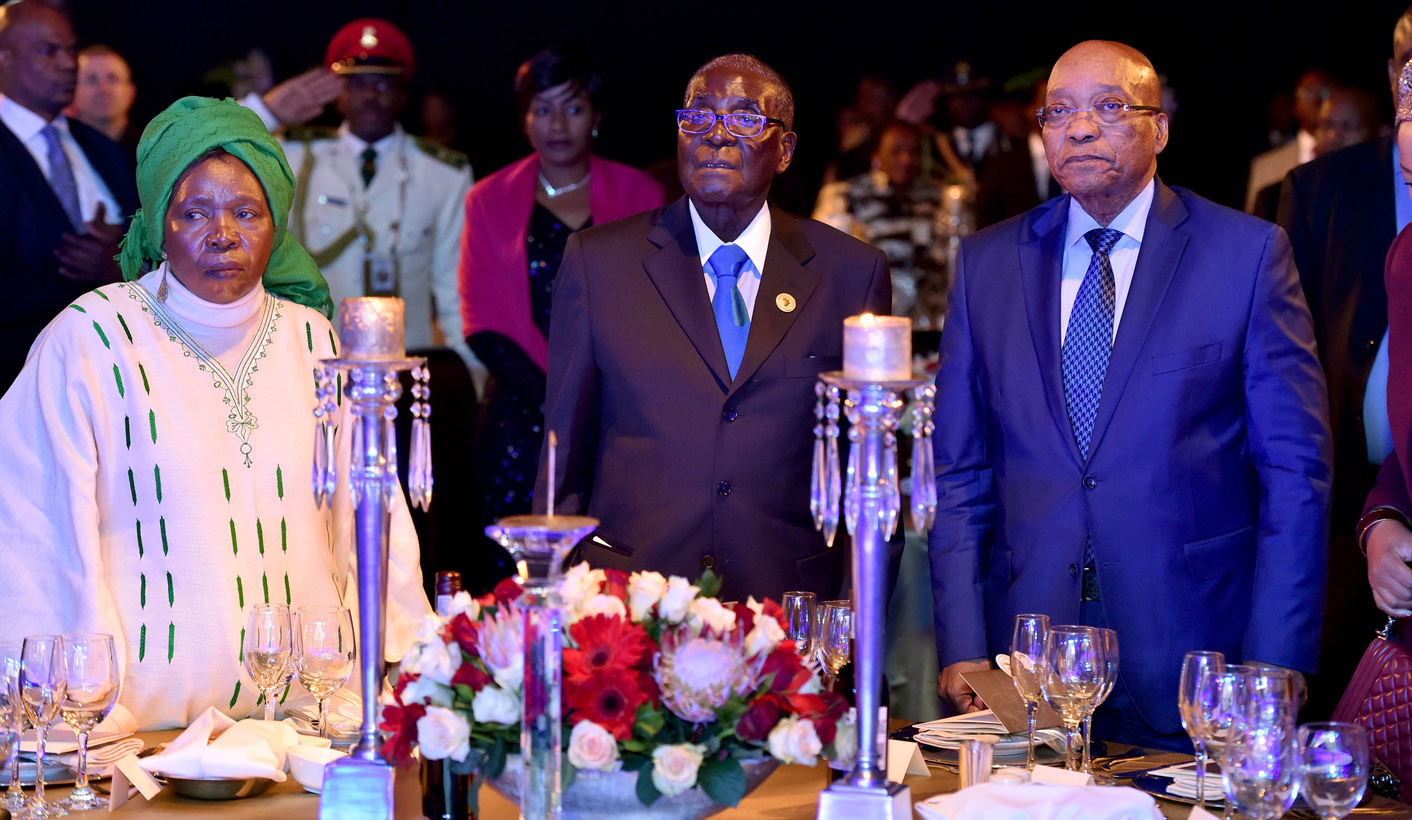 Will a new leader wake the party up to the realities of the 21st Century? By Peter Fabricius for ISS TODAY.

Later this month South Africa’s ruling party begins its five-yearly policy conference to determine the direction to be taken by the new ANC president who will be elected in December. This is assuming that that person also becomes South Africa’s president after the 2019 national elections.

The document is founded on the overarching principle of “progressive internationalism”. This is defined as “a radical perspective of international relations that the liberation movement developed out of the struggle for liberation … it entails opposition to the perpetuation of the legacy of global imperialism manifest in the global power asymmetry, the dominance of the global North over the South and the world, structural global inequality and poverty”.

Etcetera. You can feel the nostalgia. As three notable foreign policy analysts wrote this week in a provocative response to the policy paper, the ANC’s “perspectives on power dynamics in the world have travelled back in time, and are frozen in a world that no longer exists”.

Chris Landsberg and Mzukisi Qobo of the University of Johannesburg and Francis Kornegay of the Institute for Global Dialogue continued that since 2009 (the year President Jacob Zuma came to power) “the ANC has failed to offer animating ideas about the country’s place in the world”.

And, later, “the party sees the world as static and the tools with which to deal with the world look the same as those that were applicable over six decades ago. The party seems to have sleepwalked through the changes of the 1980s and the 1990s. There is an obsession in the paper with state sovereignty, but nothing of the rights of people against excesses by the very state elites who use the cover of sovereignty against state powers”.

The authors also accuse the drafters of blaming an unfavourable international economic environment – of rising nationalism and protectionism – for South Africa’s economic ills, rather than the ANC government’s own internal political faction fighting and policy ambivalence.

This week the Friedrich Ebert Stiftung (the foundation of Germany’s Social Democratic Party – a historic ANC ally) and the ANC (led by Molewa) held a seminar in Johannesburg to discuss the party’s policy document. To be fair to the ANC, a few analysts pointed out that the document was an improvement on previous iterations.

Though “unashamedly” still rooted in socialist ideology, as an ANC representative said, the paper does acknowledge some contemporary realities. It gives greater emphasis, for example, than previous versions to the continuing importance of the North (aka the West) in South Africa’s foreign relations.

That’s hardly surprising when the European Union (EU) is still by far South Africa’s largest trading partner and aid donor and when South Africa exports more value-added goods to the EU and US by far than to its close ally China.

And where previous foreign policy discussion documents railed at the US Africa Command (Africom) – an obvious lightning rod for ideological indignation – this year’s paper takes a more nuanced view.

On the one hand, it warns that: “We must be wary of countries in the North, particularly the United States (and its allies) as well as France in its former colonies, involving itself by military means on the continent.” On the other, it advises that the ANC examine Africom more closely, “since it may take the form of military cooperation in the form of the war against terrorism or drugs, as opposed to a United States military base being established”.

Also, to be fair, the ANC policy document acknowledges that the world has changed in other ways from the grand ideological set piece battle scene it paints in its preamble.

It recognises that its great South-to-South champion Brics (Brazil, Russia, India, China and South Africa) is fraying at the edges. A conservative leadership has replaced the Workers’ Party in Brazil and another conservative party, the Bharatiya Janata Party (BJP), is taking over from the ANC’s historical ally, the Indian National Congress, in New Delhi.

Nonetheless, the three analysts quoted above and other seminar participants pointed out several more important contemporary realities which seem to have been airbrushed out of the ANC’s sepia-tinted snapshot of the world.

Most importantly, they noted that the ANC’s big Brics ally, China, though no doubt ideologically just as ill-disposed to the global ‘neo-liberal’ order as the ANC, had nonetheless adapted remarkably well to it – while also trying to adapt it. China even emerged, after the election of the isolationist US President Donald Trump, as the unlikely global champion of globalisation.

And the analysts noted that another Brics chum, Russian President Vladimir Putin, was presiding over a government just as reactionary and right-wing as those the ANC documents lamented as rising in the West.

Several participants at the seminar implied not, because they contended that South Africa’s day-to-day foreign policy was mainly crafted by the national president – sometimes in his own interests – or the Department of International Relations and Cooperation, rather than the ruling party.

The ANC representatives insisted otherwise, not surprisingly. And indeed, the seminar ended with participants not much wiser about the perennial question of who really makes South African foreign policy.

In any case, the position is unsatisfactory. The ANC’s foreign policy document at least sets the tone and the guidelines for national policy and so ought to prevent the sort of off-the-cuff decision making that has been prevalent during the Zuma era.

Will things change under his successor? Jakkie Cilliers, head of African Futures and Innovation at the Institute for Security Studies, thinks they might.

He writes in the recently published paper Life beyond Brics? South Africa’s future foreign policy interests that if former AU Commission chairperson Nkosazana Dlamini-Zuma succeeds her former husband – who has endorsed her campaign – she will largely continue his foreign policy trajectory.

But Cilliers suggests that if her chief rival, Deputy President Cyril Ramaphosa, wins the ANC’s support in December, he could revitalise South Africa’s foreign policy and focus it where it is weakest: on pragmatically advancing the country’s economic interests.

What has not emerged so far is whether the Dlamini-Zuma and Ramaphosa factions will contest foreign policy issues at this month’s conference. Will they fight over whether the supposedly hostile neo-liberal global economic environment is most to blame for South Africa’s current economic ills – as the draft policy paper insists?

Or is South Africa’s current recession mainly the fault of poor economic policies, political uncertainty, state capture cronyism and outright corruption by the Zuma administration – as most of the rest of the country believes?

If foreign policy does indeed emerge as a terrain of the ANC’s leadership struggle, the policy conference might not only resolve some basic policy issues, but also give a useful indication of who will emerge victorious in December. DM