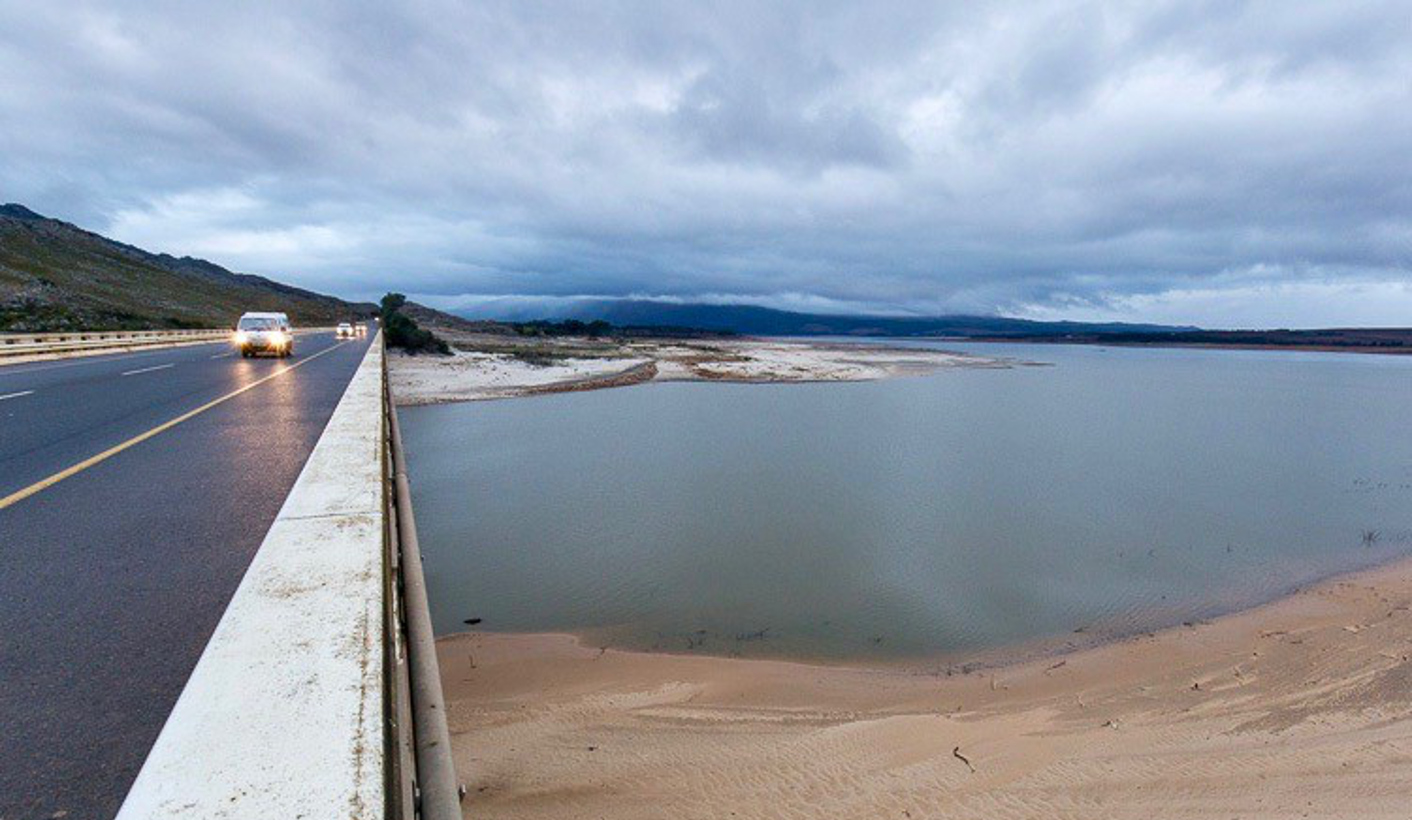 A partnership between the University of Cape Town, Stellenbosch Municipality and the Western Cape government is turning an abandoned water treatment facility in Franschhoek into a centre for water reuse research and innovation. By Trevor Bohatch for GROUNDUP.

The goal of The Water Hub, as the project has been named, is to demonstrate how effectively natural water systems can clean storm water run-off.

“One of the things that we’ve done badly across all of Africa… is to deal with the surface run-off,” said Kevin Winter, The Water Hub’s research director. In South Africa in particular, Winter said, these processes are especially lacking in informal settlements. “While these settlements have basic services of public tap stands, communal toilets and laundry stations, the drainage infrastructure is limited, often dysfunctional.”

At The Water Hub, Winter plans to treat water run-off from Langrug informal settlement, making its way into the Stiebeuel River, which runs through the site and into the Berg River system. Langrug is just under 2km uphill from The Water Hub, which sits on a plot near Rickety Bridge Winery. Because of its positioning and Langrug’s poor drainage infrastructure, Stiebeuel River is laced with rubbish, grey water, and sewage. “It’s quite a significant river system and we are now going to slowly start to rehabilitate it,” Winter said. “We want to start at the bottom and work our way up.”

Winter also said the project should be viewed as a pilot for larger operations aimed at both conserving water and cleaning it naturally. “Ideally, what one would probably have to do is centralise these kind of systems, because you want to treat at a bigger scale.”

Last week, researchers travelled to the site to collect the first round of treated water samples from the site. The first phase of the project involves taking water out of the river and running it through several pits filled with assorted materials to clean the water. “We are using media such as small stones, peach pips and plants to clean the water. Microbial organisms are being introduced to the system to clean the water without using chemicals,” Winter said.

Winter and his team will pump the water that would have otherwise been discarded into an adjoining wetland and eventually use it for on-site crop production. He plans to employ Langrug residents in the agricultural venture as well. “The business of food production is critical to providing work and opportunities. It will also stimulate education and further opportunities around tourism, park management and maintenance,” he said. “(Engaging) people productively in the project is key to building a strong connection between the Hub and the informal settlement.”

Kevin Winter in front of two massive treatment tanks on the site. One will be refurbished into a restaurant and the other an event space.  Photo: Trevor Bohatch

Upon its completion in 2022, in addition to a full-fledged storm water treatment facility, The Water Hub will also play host to public park space, exhibits, a research lab, restaurant, event space, reclaimed wetland, quarters for researchers, as well as aquaculture and algae ponds. DM

Photo: Rubbish and foam in the Stiebeuel River. A new project aims to make this water clean and usable. Photo: Trevor Bohatch