Analysis: Zille remains premier, but what does it mean for DA? 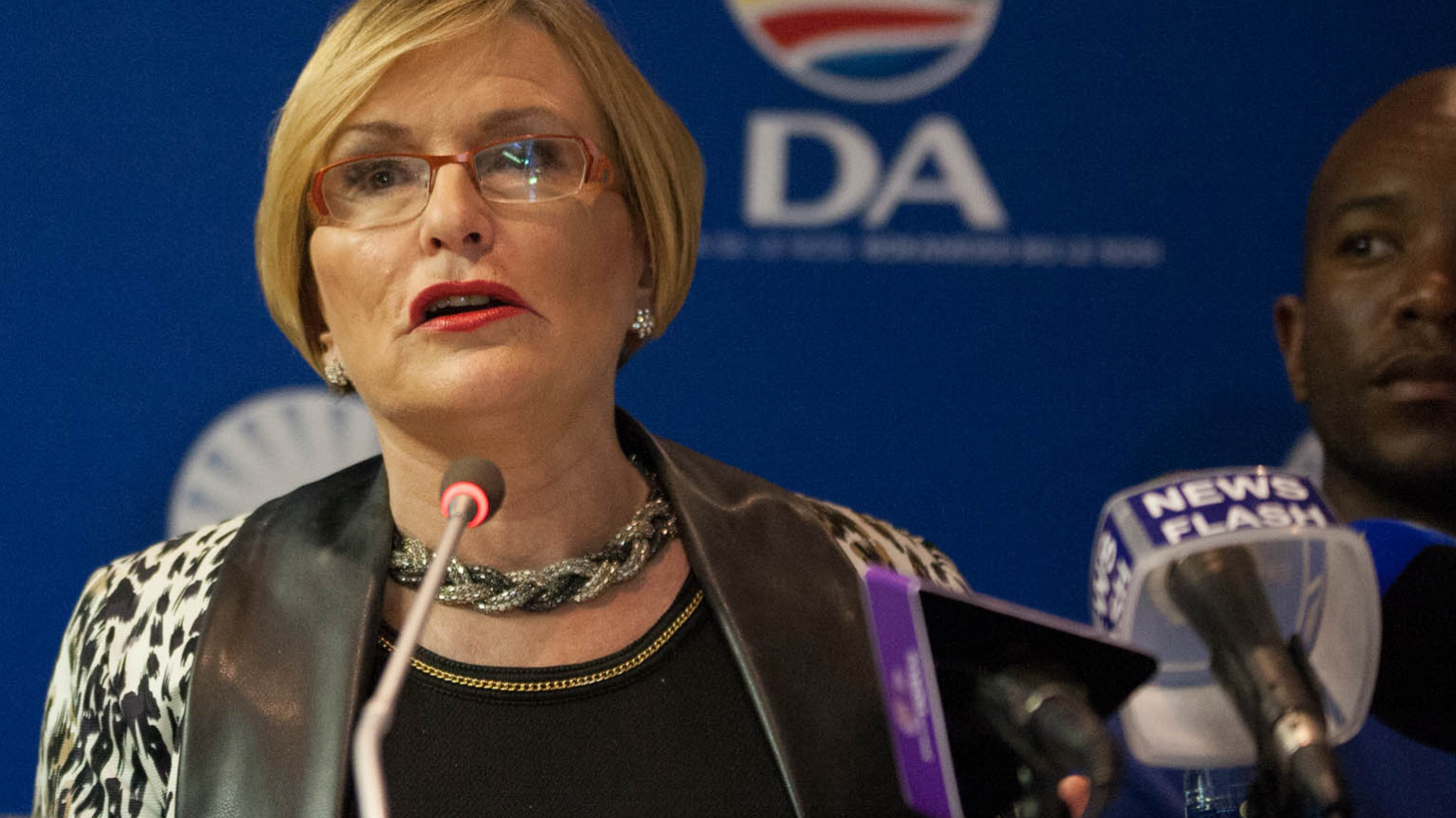 Helen Zille has kept her job as Western Cape Premier, despite her tweets on colonialism. GREG NICOLSON looks at what it might mean for the party.

After months of public disagreement, DA leader Mmusi Maimane appeared in front of the media with his predecessor Helen Zille on Tuesday. The Western Cape premier, Zille, again apologised for the offence she caused when she defended colonialism’s legacy. The pair agreed that her comments have hurt black South Africans and said the DA needed to move forward to confront the ANC and elect governments that will improve living conditions for the majority.

There are two different views on the press conference. One perspective says it was a show of unity. Maimane had for the first time seriously taken on Zille and provided leadership on an issue that split the party. He’d shown his strength as leader and chosen unity over division in a crisis. Others believe Maimane again buckled to the demands of a white madam, who offended the party’s target constituency and further divided a DA that’s struggling with an identity crisis.

Few thought this confrontation would even occur. Maimane was an unlikely candidate to take on Zille, whose leadership saw the DA expand its voter base beyond whites.

“We cannot pretend that apartheid never happened,” said the DA’s first black leader after he was elected at the Boardwalk Hotel in Port Elizabeth in 2015. “That doesn’t mean our skin colour must define us forever.”

Even when Maimane was elected, the DA was beset by issues of race. Zille had grown the party and worked on confronting the perception of the DA as a “white party” but she needed to hand over the baton to a black leader. She groomed Maimane and he won by a huge majority in PE. His links to Zille, who had differences with young, black party leaders like Lindiwe Mazibuko and Mbali Ntuli, led to questions on his commitment to transformation.

Maimane was quick to react when Zille in March tweeted a thread from her visit to Singapore, claiming that not all aspects of colonialism were negative – the infrastructure, the roads, the judiciary. Maimane distanced himself and the party from her comments as Zille bunkered down and defended her position. She issued half-hearted apologies, for months.

On Tuesday, Maimane announced that Zille wouldn’t be sanctioned by a disciplinary committee after the party’s Federal Executive (Fedex) reached an agreement with Zille. All along, he had asked for an unconditional apology. Zille on Tuesday said she recognised the offence she caused.

“I therefore apologise unreservedly to the South African public who were offended by this tweet and my subsequent explanation of it,” said Zille.

The media hardly got a chance to quiz her views, with the DA leaders rushing off to another engagement. Maimane claimed that accepting Zille’s apology would avoid a protracted legal battle, and that dismissing her from the party or as premier would damage the DA in the run-up to the 2019 elections. He preached unity and reconciliation. Essentially he said that if the party spent years in court with Zille, the country would suffer.

It could be seen as a decisive moment for his leadership. Maimane took on his predecessor and found middle ground. The leaders in the DA made Zille make admissions she had resisted for months. As punishment, Zille won’t take part in the DA’s Federal Executive, Federal Council or Provincial Council and her political communication will be subject to party approval.

But what in fact did Zille apologise for? She did not make clear whether the latest apology was for her comments or the misinterpretation of them, which she has previously apologised for. The media briefing only took one round of questions and Zille and Maimane avoided deeper scrutiny. Tuesday’s briefing didn’t make clear what Zille believes about the legacy of colonialism, nor what the party accepted or finds acceptable for its members to say.

What’s clear is that Maimane and Zille both made abrupt turns from their positions. The agreement could have been to support unity, but insiders within the DA have asked whether Maimane was worried about his supporter base (Maimane’s is similar to Zille’s) and whether he was worried about fund-raising.

There are also questions over whether Zille faced pressure within the party over her son’s deal with the education department to provide tablets to underprivileged schools, reported over the weekend. Or her links to DA provincial leader Bonginkosi Madikizela, who was criticised recently for having a birthday party funded by construction executives his department works with. Madikizela and his ally Zille have claimed the reports were meant to create outrage against the premier.

Political analyst Keith Gottschalk from the University of the Western Cape said Zille had put the party between “a rock and a hard place”. He said criticism of Zille was clearly from black voters while white voters had risen to her defence. Opposition parties would take advantage, he said.

ANC spokesperson Zizi Kodwa in a statement on Tuesday claimed the DA decision was proof Maimane is not in charge. “It is an unprincipled, hypocritical and meaningless token offered to what is hoped is a gullible public and once again unmasks the true character of the DA as a racist party, constituted of unrepentant and unreformed bigots led by a caretaker leader with no real power,” said Kodwa.

EFF spokesperson Mbuyiseni Ndlozi, whose party supports DA administrations in Johannesburg and Tshwane, said, “As a country we are in a difficult position to choose between kleptocracy and colonialists, gangsters and racists.” He said Zille was a racist and the EFF was not in coalition with the DA. Last week EFF leader Julius Malema threatened to withdraw the EFF’s municipal support for the DA if Zille wasn’t removed as premier.

Political analyst Aubrey Matshiqi on Tuesday said the DA’s decision to keep Zille on as premier would lose the party black voters come 2019. He said the party did not understand how the Western periods of enlightenment and modernity had led to the current views on blacks being seen as inferior. “It will have a negative impact on the part nationally, that’s what they should be worried about.” Voters, he said, will now have to decide on the lesser evil between the ANC and DA, and the EFF could possibly benefit.

The DA is in crisis. Maimane will face challenges in the next Fedex meeting and could be challenged in the upcoming provincial DA congresses or the party’s national elections next year. The party might currently be benefiting off the ANC’s scandals but the question is, what do black moderates think of its position on Zille? DM