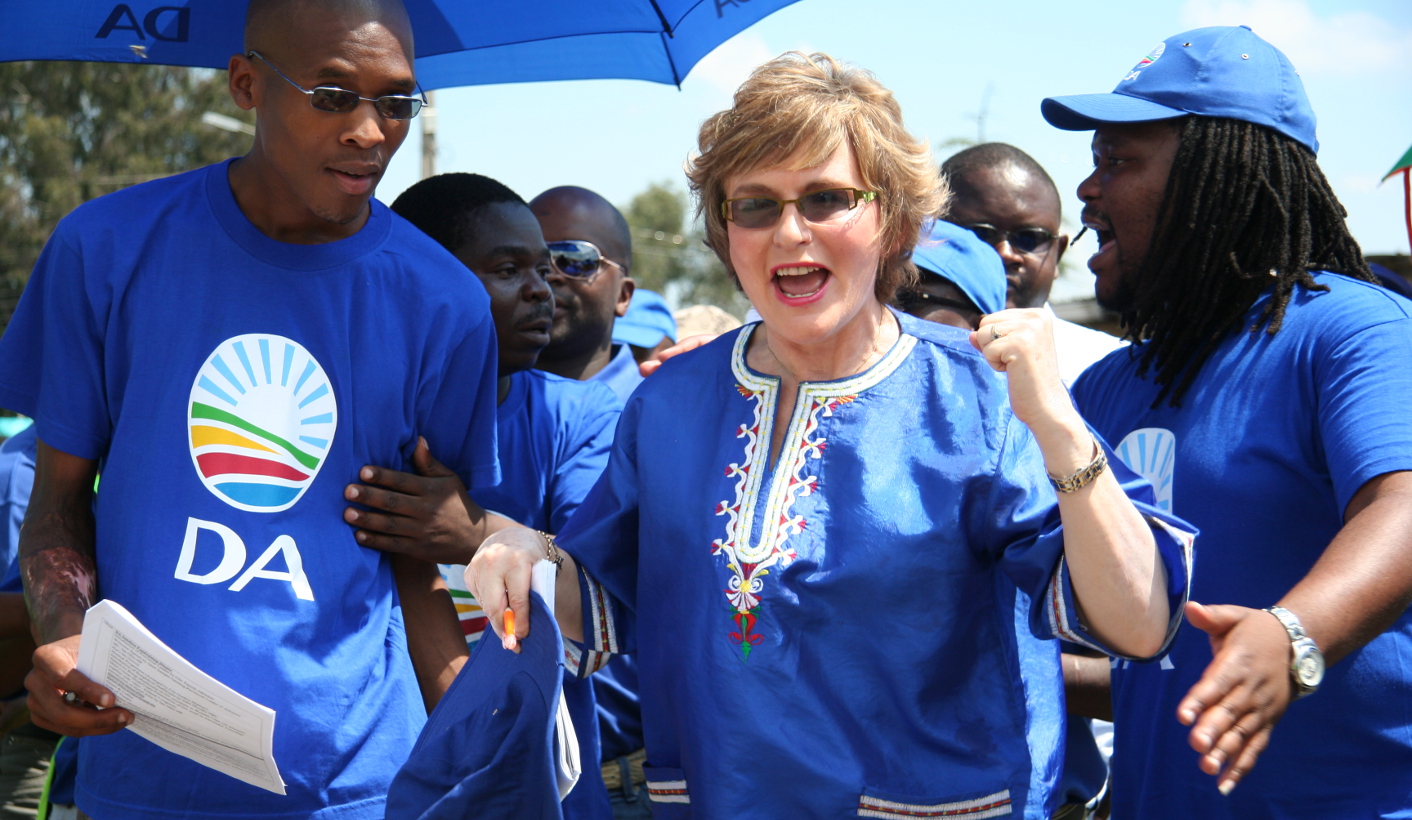 DA leader Mmusi Maimane has accepted Helen Zille’s apology for saying colonialism’s legacy was not all negative. Zille, who issued another apology on Monday, will remain Western Cape premier, but will not participate in party structures and will limit her communication on DA issues. By GREG NICOLSON.

Former DA leader Helen Zille, speaking in Johannesburg on Monday, said that through discussions with party leader Mmusi Maimane she recognised the offence she caused and the need to apologise.

“I realise the wounds of history that my tweet and subsequent defence of it has opened. In particular, I recognise that my actions were insensitive to South Africans who suffered under colonial oppression. For this, I am genuinely sorry,” said Zille.

“During this period I have made public utterances that have had the effect of undermining the leader of the Democratic Alliance and the project he is leading. I greatly regret this. Mmusi Maimane is the democratically elected leader of the DA and we all must get behind his leadership.”

Zille will remain Western Cape premier but she will not take part in the party’s decision-making structures – the Federal Executive (FedEx), Federal Council and Provincial Council. She will continue to participate in caucus meetings in the provincial legislature. Maimane said her political communication will be limited to Western Cape government issues, with any communication on the DA requiring sign-off from the party.

All charges relating to her disciplinary hearing have been dropped after the agreement was reached. Maimane, who called for unity and reconciliation, said the alternative was a protracted legal battle that would hamper the DA ahead of the 2019 elections. He said Zille’s acknowledgement that her comments were hurtful, particularly to black South Africans, was a “huge step forward”.

Zille said she asked herself what would be best in the future for the DA. She defended her comments that colonialism was not comparable to the Holocaust. “Certainly large aspects of colonialism has strong aspects of genocide, but they are not directly equatable and neither is defensible.”

On her claim that she had been targeted for her comments because she was white, she said that in a racially divided society, who you are determines how it is received. She said a Jewish person might be given more leeway if they act anti-Semitic.

There have been a number of calls for Zille to be removed as premier or for her to resign, but Maimane said the party had to weigh up what was best for its future and said Zille had a good record in government.

“Frankly, I think that’s a good thing,” said Zille on her removal from DA decision-making structures. She said an ex-leader should not be hanging around while a new leader asserts himself and perhaps she should have taken the decision “long ago”.

“I’ve never seen such a press scrum ever before,” said Zille. But the DA’s press conference raised more questions than it answered. There was only one round of questions and journalists swamped the premier as she tried to leave. Zille said colonialism’s legacy had no positives, but asked if it was all negative, she only said the country needs to move forward.

Zille was suspended last week after causing widespread offence in March for claiming that not all aspects of colonialism were negative. Her attempts to apologise have appeared insincere. She has before said she is sorry if her comments caused offence but she had not admitted to defending colonialism. The SA Human Rights Commission is investigating her tweets.

Explaining why she shouldn’t be suspended, last week Zille told the DA FedEx her comments did not hurt the party. “It was the subsequent misinterpretation of my tweets as ‘defending’, ‘glorifying’ or ‘justifying’ colonialism that caused the damage,” she said. Zille claimed there were no grounds for her suspension and it was due to differences she held with Maimane on the party’s direction.

Announcing Zille’s suspension last week, FedEx chairperson James Selfe said Zille had refused to issue a full apology and refused to listen to Maimane’s overtures. “There is no question that Ms Zille’s original tweets and subsequent justifications have damaged our standing in the public mind,” said Selfe. While Zille enjoys strong support in the Western Cape DA, other provinces have been more critical and she has been criticised by former leaders Tony Leon and Douglas Gibson.

Last week, Zille said there had been several attempts to force her to resign immediately. The EFF, whose votes led to the election of DA mayors in Johannesburg and Tshwane, have threatened to withdraw their support if Zille remained Western Cape premier. DM