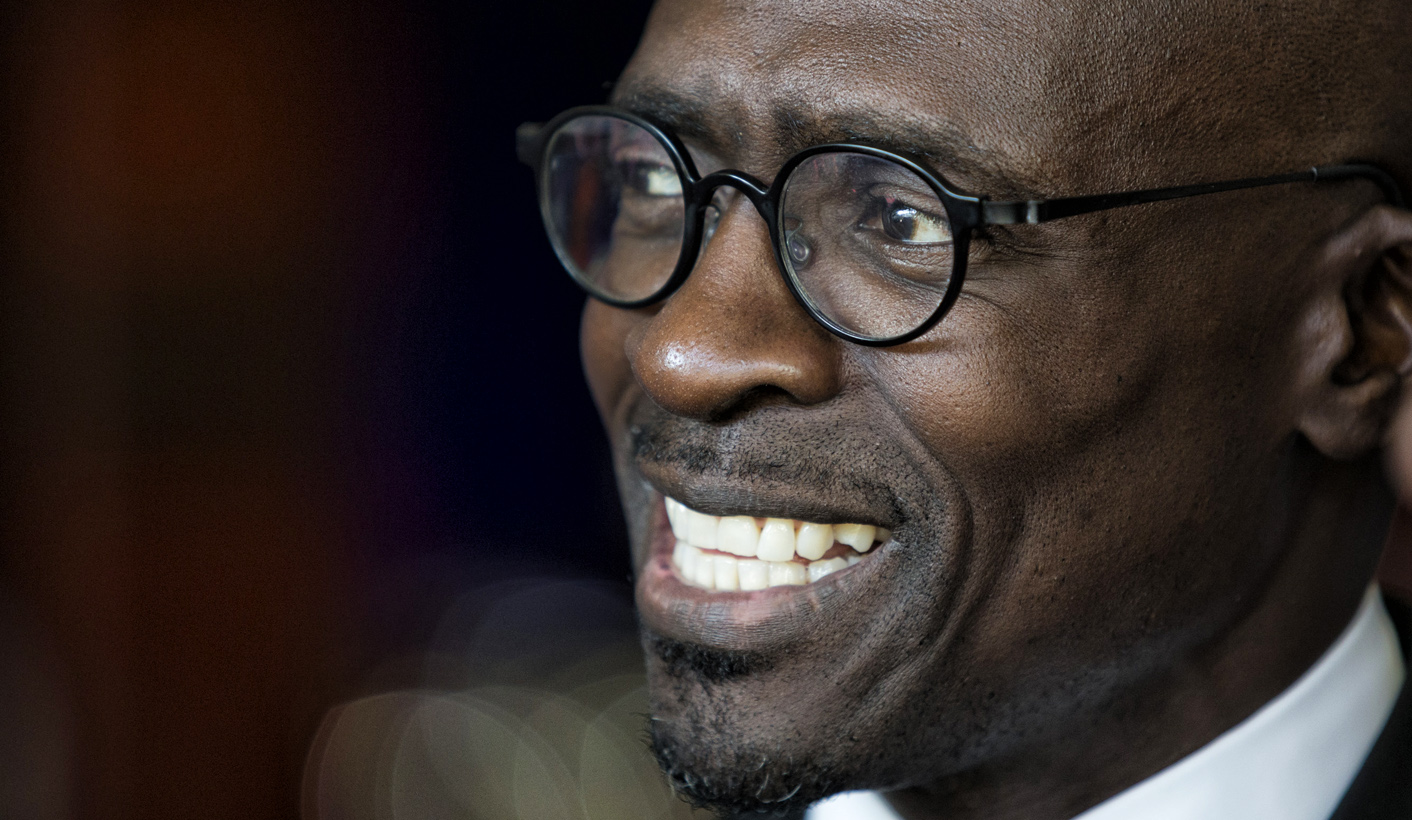 Who, in their right mind, would want to be Malusi Gigaba? Our Finance Minister is now at the centre of several storms, and under attack from almost all sides. It is a position few would envy. It is hard to see how he gets out of this with any credibility at all, never mind with any senior position in government or the ANC. Much of this, but not all, is of his own making. And it is becoming increasingly clear he simply cannot get away from the Saxonwold Embrace. By STEPHEN GROOTES.

On Monday the Finance Ministry announced that it was cancelling a press conference. There is not much that is exciting about that; press conferences are cancelled from time to time. But some press conferences should never be cancelled. Because in their place there is a vacuum to fill. And it gets filled by speculation and sometimes innuendo.

This press conference was to announce government’s response to the decision by the Moody’s agency to downgrade South Africa to just one notch above junk. They are the last agency to say that people should still invest with us, and it’s all hanging by a thread. Gigaba was going to provide government’s first formal and outline a way forward for the economy. But then he didn’t.

The reasons given were that he had to meet with ANC leadership on Monday instead, and then with the economic cluster of ministers on Tuesday, and so the press conference would be held in the future.

If you were looking for a moment in which Gigaba’s leadership was going to engender in those who invest other peoples’ money for a living, this was not it. Of course, if the press conference had gone ahead, a lot of it would not have been about the economy at all. It would have been about whether he’s been economical with the truth. The #GuptaEmails have given us revelation after revelation about the role that he’s played in helping the family, and the consequences that have flowed from the decisions that he’s made, particularly around people he appointed to certain positions at Transnet. For him to face the journalistic equivalent of a firing squad would not have been a good idea.

Exactly how good an idea it was to remain out of public view was demonstrated by a certain leader who wears a lot of red and spends some time on Twitter. The Commander-in-Chief of the EFF, Julius Malema, tweeted later on Monday afternoon that they had found the evidence that Gigaba had helped the Guptas achieve South African citizenship while he was Home Affairs Minister. Usually, this kind of claim is pretty easy to deny. Unfortunately, along with every other story coming out of the #GuptaLeaks, it is impossible when Malema tweets out pictures of the two letters involved. The first is from an official representing the director-general of Home Affairs explaining that they have not complied with the residential requirements needed for naturalisation. The second, rather unfortunately for Gigaba, is signed by the man himself, explaining that he’s waived the requirements in this case.

Just before we look at Gigaba again, this is incredibly bad news for the Guptas. Because, as an immigration lawyer explained on the Midday Report last week, those who get South African citizenship through naturalisation are in exactly the same legal position as those who are born here. The citizenship cannot be revoked. Unless it can be shown that the decision to grant that citizenship was flawed.

But back to Gigaba, for whom things are looking slightly bleak. But not as bleak as if Malema had tweeted his documents while Gigaba was actually taking questions about the economy.

It has been said before, at this particular hypertext transfer protocol site, that the entire story around the reshuffle and the removal of Pravin Gordhan can be boiled down to the question of the integrity of the person appointed to replace Pravin Gordhan. In other words, is he is there to help loot, then panic; if we can trust him, please, keep us at investment grade.

Before the #GuptaLeaks things weren’t looking good for Gigaba, if just because of the context around his appointment. He had to keep mentioning his two key phrases “radical economic transformation” and “inclusive while attempting to balance out the constituencies of international investors and Zuma’s political agenda. It was always going to be impossible. Then came that interview with his wife, Norma Gigaba, on eNCA, in which she appeared to say that she had helped him with matters at Home Affairs. Unfortunately, that was just the start of the storm, which through Twitter when a part of his past emerged.

Now, after the #GuptaLeaks, and this revelation about the Guptas’ citizenship, things look even worse. It appears, from what we can see at the moment, that Gigaba has been in the habit of making decisions that help the family in a very material way. Of course, no one (including this writer) wants to be the first to say that Gigaba cannot be trusted. There are implications here – the agencies are still watching, people have to make decisions that affect our economy in all sorts of ways on a daily basis.

One of the strange things about the public perception around Gigaba at the moment is that on some levels, he’s done all that a Gordhan-loving banker could ask. He stopped the Guptas from getting their hands on a bank. He kept the same stance as Gordhan on matters around Denel and a deal that would have seen the parastatal linking up with one of their companies. And, you could not have asked for a more Treasury-establishment figure than Mogajane to be the new director-general. So, if he does want to be judged on his actions rather than perceptions, he would still be on strong ground. Unfortunately for Gigaba, those three actions are simply unable to counter the perception that is fed daily through the #GuptaLeaks.

And there may still be one way for Gigaba to redeem himself of any of these apparent sins. If proof were to emerge that he had fought against the Guptas in some way, that could go some way to improving his current position. And of course, he could do what some others may be doing, and turn tail and change course. But, because of the public perception that is gathering of him, he will have to do more than just ditch Zuma. He would have to help provide the evidence that leads to strong action being taken against Zuma and the Guptas. Gigaba would literally have to provide nails for the coffin.

Which seems unlikely at the moment.

Gigaba’s response to all of this has been, in itself, not to grapple with the main problems. On Friday night he told the Black Management Forum that the black middle class were cowards for only criticising and not other “conservative vested interests”. This may be a political mistake. First, if he had looked at the results of last year’s local elections he might have noticed that the “black middle class” is where the most contestation around voting choices lies. And people who didn’t vote for the ANC last year are unlikely to support him now. Second, people who get to a position in life to attend dinners like that have got there through the system that is in place. Rightly or wrongly, that could mean they are not that inclined to bring the world tumbling down. And perhaps he didn’t notice, but managers have pension funds, and will know exactly how much poorer they may now be, and will be, because of the consequences of the reshuffle, and thus his appointment.

And then there is the simple fact that like all of the other people mentioned in the #GuptaLeaks, he has not denied any of it. Because it is impossible to deny. Because it’s true.

Gigaba is one of those politicians that everyone labels as “ambitious”. We may be watching those ambitions disappearing right in front of us. Not a pleasant sight. DM