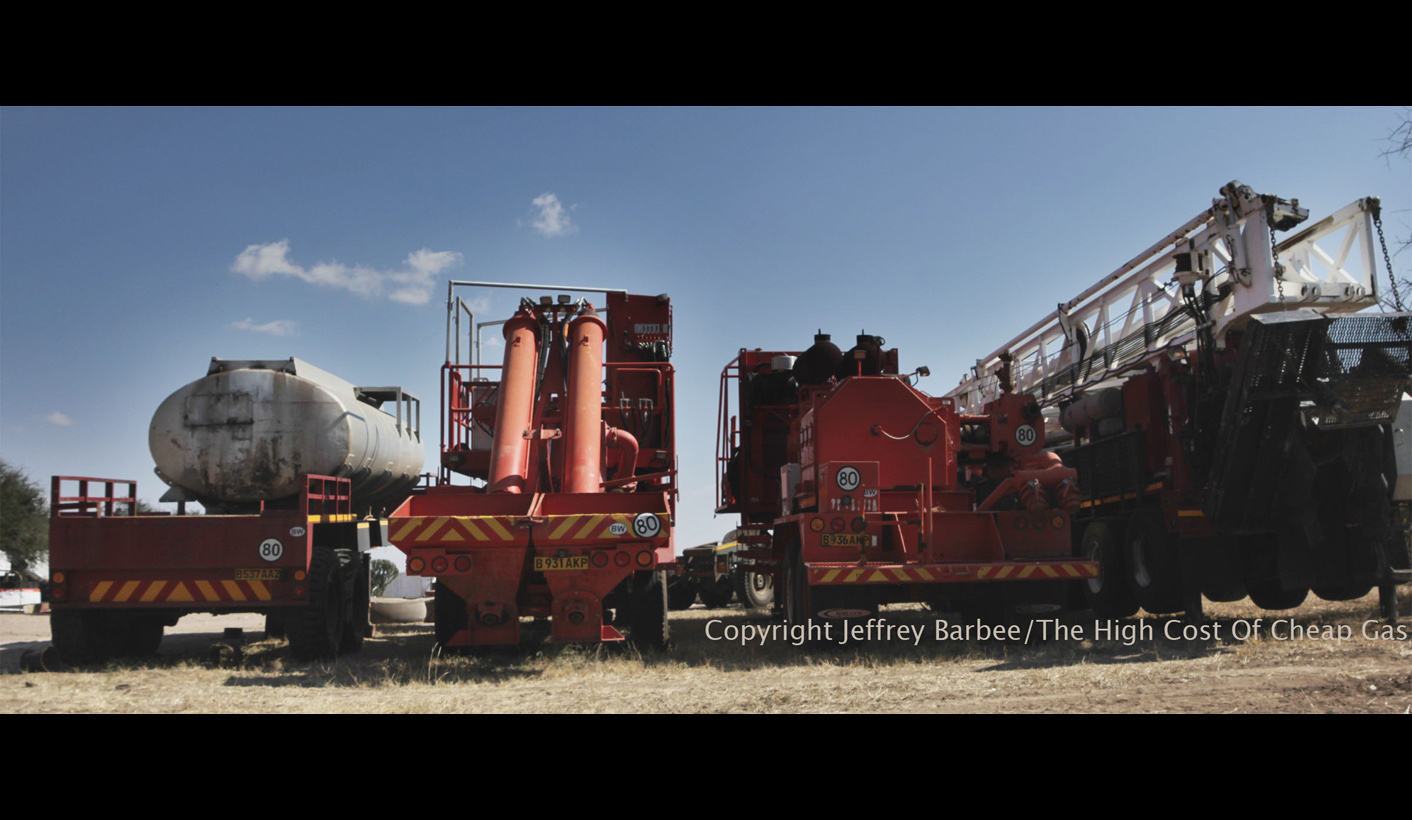 Journalists around the world successfully used massive data leaks from shadow company registries that hide illicit money to create new insights into how multinationals in Africa potentially defraud their own country’s tax authorities and hide as much as $60-billion annually in hidden capital outflows. By JEFFREY BARBEE.

Since 2001 the area near where I was born in rural western Colorado became a locus for fracking companies. Drilling there boomed throughout the last decade, eventually going bust by 2015. Today there are 17,000 gas wells in Colorado’s Garfield County on the banks of the Colorado River, many of them no longer producing anything. The land is basically barren, farms are up for sale and the river has detectable amounts of cancer causing chemicals in it, probably from fracking, according to National Geographic.

When gas companies started targeting southern Africa with tales of wealth and prosperity myself and legal researcher Mira Dutschke returned to Colorado to learn about what happens when gas development comes to an economically depressed area with low rainfall and marginal farming conditions.

The economic story of a gas boom and bust cycle is well documented by researchers like Grant Jacobsen from the Royal Economic society. In that paper he says it robs local economies of sustainable development, often leaving them off worse than if the boom had not happened.

To open a window on what its like to live in a gas production area simply look at the cost of a house in Colorado’s fracking area and the cost of a house only 70km away. Outside the gas zone houses are roughly 3-8 times the cost –it appears that no one wants to live there.

It is not only real-estate values; water and food production are also in danger from fracking, according to an article in the journal Science: “oil and gas development adds to an already fraught competition among agriculture, aquatic ecosystems, and municipalities for water resources”.

Our 2015 feature documentary The High Cost of Cheap Gas follows the story of horizontal, high volume, hydraulic fracturing or “fracking”; following the researchers who had the best available science at the time in the United States.

We spoke to scientists from The Centre for Disease Control (CDC) about their cancer research linked to fracking wells, the National Oceanic and Atmospheric Administration’s (NOAA) work in mapping carcinogenic fracking vapor in communities, and many others.

If it ruins the land and drives home prices down, and is clear danger to public health, who makes the money? It turns out that very large-income investors do make money, but to understand where they hide it took many years, two highly acclaimed journalists from Botswana and the biggest dump of leaked secret documents in history.

For part of the film we were investigating companies in South Africa who were targeting the Karoo Desert for gas extraction. Mira Dutschke unearthed some very odd documents, including a map which seemed to suggest some large-scale gas projects were already underway in neighbouring Botswana. We dug deeper and started to make serious enquiries because it appeared that some of the gas developments were inside the country’s famed park system.

After speaking on the phone to a local farmer in Botswana who was upset that his land had been drilled for gas we immediately called well-known environmental film producer Charles Moore and made plans to visit some of the sites together. We discovered that drilling and fracking was already well underway in some of Botswana’s famous protected areas and in rural communities, including the home of the San Bushmen people of the Central Kalahari. Moore became our executive producer on the project.

The government of Botswana first denied these facts, but we had in-person testimony on camera from the drillers on the ground, and both film and photography of fracking waste water pits, fracking pumps, sand trucks, and the company’s own public reports online that showed fracking projects that had been going since at least 2005. After numerous denials through the press the Botswana government finally admitted it was happening.

We broke the news with a story in the UK Guardian and our first short film was released on the investigative news programme Carte Blanche in 2013. Our final feature film came out in May 2015, telling the story of how we discovered the operations and outlining the facts about the known dangers of gas drilling, including impacts to water, air, health and governance. CNN, Al Jazeera and many other news outlets carried the story.

After these revelations the gas companies in Botswana seemed to melt away, new operations appeared to be on hold and the story went cold. The company registry was opaque, who and how much was invested in the ongoing operations in Botswana was equally baffling, where had the companies gone? We had no idea who the investors were, what kind of capitalisation they owned and how they hoped to make a profit, but that all changed when the Panama Papers were released last year.

The Panama Papers are the largest single dump of secret data in history. According to the Guardian, which is one of the journalism outfits from 80 countries that helped sift through the 1.5-million documents, the files outline connections, payments and ownership of cash flows that banking clients spent a lot of time and money to keep hidden. They are the files of one of the biggest secret law firms by volume in the world, called Mossack Fonseca, based in the tax haven of Panama.

Their investigation centres around Kalahari Energy. Our team visited their site in 2013 near the Khama Rhino Sanctuary and found drilling and fracking trucks, and an operation that was actively pumping water out of coal seams to get gas. They were already “getting some good flow returns to the south,” according to their drilling supervisor.

The Botswana journalists’ work lays bare how shell corporations hide wealth like a Russian doll, stacked one inside the other. Kalahari Energy was held by investors from Pula Capital, itself owned Kagiso Mmusi, the former treasurer of the Botswana Democratic Party and son of the late vice president. It may now be owned by KS Energy. Mossack Fonseca handled Kalahari Energy’s accounts and it’s registration in the British Virgin Islands and Panama. One executive from Kalahari Energy declared in a form that the funds held by Fonseca were from “gas explorations in the Kalahari”.

According to the leaked Panama Papers documents from Mossack Fonseca, at least 100 companies or Botswana based individuals are registered in offshore tax havens. In their published piece Ntibinyane and Matumo state that “the most prominent names include Judge Ian Stuart Kirby, President Ian Khama’s close associate (who is) the President of the Court of Appeal of Botswana’s highest court, and Farouk Ismail, a multimillionaire who founded the Choppies retail chain”.

Ntibinyane and Matumo suggest that Africa is losing as much as $60-billion a year in illicit financial flows and their story is an excellent peek behind the obscure curtain that hides extreme wealth, exposing how companies and individuals have been operating for decades outside of the purview of regulatory authorities, and potentially against the law. DM

Read Ntibinyane and Matumo’s explosive investigation, one of the most comprehensive African-based follow up stories to the Panama Papers release.

Photo: At Kalahari Energy’s site in Central Botswana from the left a water truck stands next to a chemical mixer for fracking chemicals next to a high-volume fracturing pressure pump and a portable drill rig on the far right. The company used this equipment for setting up test wells near the Khama Rhino Sanctuary. Photo: Jeffrey Barbee

Jeffrey Barbee is the director of AllianceEarth.org, an independent not-for-profit environmental and scientific reporting initiative investigating stories for the world’s media. Allianceearth.org paid for the journalist’s travel and accommodation.

Find out more by following this story on facebook: