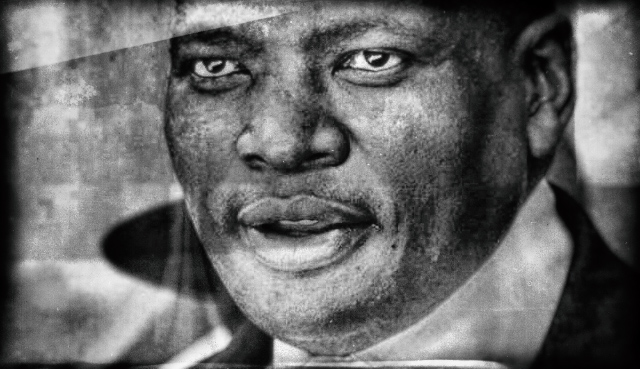 Hlaudi Motsoeneng, who tried to turn the SABC into a private fiefdom, was finally fired on Monday. The SABC’s interim board is only starting to come to terms with the havoc he inflicted. By GREG NICOLSON.

In April, Hlaudi Motsoeneng stood defiantly in front of the media and said he was looking forward to his disciplinary hearing, confident he would prevail. His situation was dire, but he had reason to be cocky. Amid the public outrage and endless litigation, he was a survivor. “For me it is the beginning of the world. For me, it is the beginning of Hlaudi,” he said.

That press conference marked the end of his time at the SABC. While facing more serious charges, Motsoeneng was brought down by his particular style of leadership: doing whatever he wished, despite the consequences.

Interim board chairperson Khanyisile Kweyama said Motsoeneng was found guilty of bringing the SABC into disrepute and breaching his contract of employment by addressing the media while on suspension. Nazeer Cassim, who led the disciplinary hearing that finished its work on Friday, on Monday briefed the interim board on his findings. He recommended Motsoeneng be dismissed.

“Suffice to say, Mr Motsoeneng’s dismissal has been accepted by the board,” said Kweyama.

Motsoeneng’s lawyer Zola Majavu said on Monday evening that neither he nor Motsoeneng had received the judgment, despite Cassim committing to informing the parties when it would be available. Kweyama said the decision had been delivered through the appropriate channel but Majavu claimed he and Motsoeneng were still waiting:

“Right now the frustration is that everyone seems to know more about this than me and my client.”

During the press briefing in April, Motsoeneng attacked interim board member Krish Naidoo and the parliamentary ad hoc committee which investigated the SABC. He defended his leadership and the local content quotas he imposed.

“I don’t need the SABC’s permission to talk. I answer to the people,” he said.

Acting SABC CEO James Aguma initially denied he was aware of the press conference before testifying in an affidavit that he gave Motsoeneng permission to address the media. Aguma was suspended as acting CEO and CFO in May while the interim board investigates procurement and expenditure irregularities. Tseliso Ralitabo was appointed acting CEO.

Motsoeneng tried to divert the disciplinary process by approaching the Labour Court and CCMA, with both bids failing. They were the latest in a string of court defeats. The public protector’s 2014 report on the SABC found Motsoeneng had purged staff, taken multiple salary increases and lied about having a matric certificate. Multiple courts have ruled his appointments, first as COO and then chief executive for corporate affairs, were irregular and must be set aside until the public protector’s report is either implemented or overturned on review. Motsoeneng is still appealing one of the cases.

His April press conference got him fired, but a year ago he could have done worse without the possibility of sanction. Ahead of the local government elections last year, Motsoeneng made unilateral policy changes, suspended staff who criticised him and continued to use the SABC for political bias. As increasing pressure from various political parties mounted, Motsoeneng lost his protection after Faith Muthambi was replaced as minister and an interim board was appointed.

Phumzile van Damme, DA shadow minister on communications, said the SABC must still hold another disciplinary hearing for Motsoeneng, as recommended by the public protector and Western Cape High Court:

“He does not get off scot-free for his past sins simply by being dismissed today,” she said. The DA has repeatedly taken Motsoeneng to court and Van Damme said he is likely to appeal his dismissal.

COPE spokesperson Dennis Bloem applauded the interim board for cleaning up the SABC:

“Motsoeneng ran the public broadcaster like his own private property. He caused a lot of damage and destroyed the SABC image.”

The interim board and new Communications Minister Ayanda Dlodlo appear determined to address the SABC’s problems and Kweyama on Monday announced that a number of Motsoeneng’s policies would be reversed. She said considerable time had been spent looking into the 90% local content quota and found it to be “a bit drastic”. The policy was a source of revenue loss, she said, and SABC outlets will be able to revert to the local content requirements set by the Independent Communications Authority of South Africa (Icasa). She denied claims that the board was anti-transformation.

Kweyama also confirmed that the interim board has scrapped the SABC’s breakfast events with The New Age, which have cost the broadcaster exorbitant amounts of money while benefiting the Gupta-owned newspaper with free airtime and sponsorships from state-owned enterprises. There will be no further broadcasts of the event, but the SABC is still negotiating the terms of ending its contract with The New Age 11 months early.

The board has also referred its contract with LornaVision to the Special Investigating Unit. The company, loosely linked to the Gupta family, was set to make R380-million collecting TV licences off a contract that wasn’t put out to tender.

The SABC has also rescinded its decision not to show footage of violent protests. “We are pleased to advise that we have rescinded as a board that decision and journalists are free to go and report what they see fit to report on as professionals in the media,” said Kweyama. The SABC will revert back to its 2014 editorial code and will hold workshops to help staff align with the changes.

“We are definitely not zooming. We are in the red but we do manage by ensuring the board is always on top of things. We are looking at our balances every day; there has been a slight improvement in revenue in some areas and we are taking care of that in terms of paying our bills, but we still need to be rescued.” DM

The original photo of Hlaudi Motsoeneng by Steven Lang.