Dear Theresa May: a counter-terrorism lesson from Africa 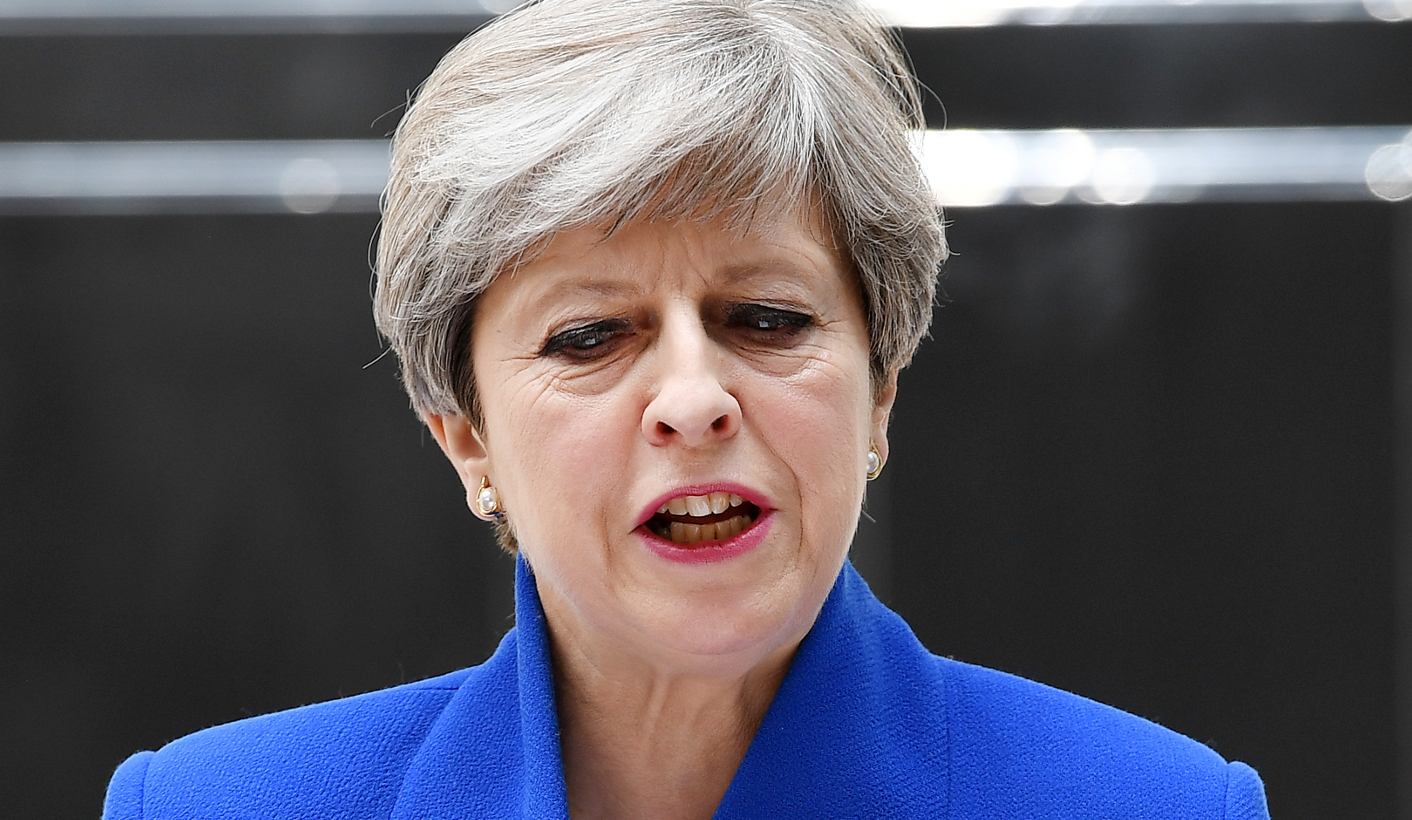 An open letter cautions that human rights aren’t a barrier to fighting terrorism, but part of the solution. By SIMON ALLISON

Congratulations on your election victory, which comes at a difficult time for your country and your leadership. What the United Kingdom (UK) needs now is certainty, you’ve said. Citizens will no doubt look to your campaign promises to see what that might mean for them.

That’s what we wanted to talk to you about, actually. Usually, we criticise politicians when they fail to deliver on their sweeping campaign promises. This time, we are in the strange position of hoping that there is one promise you won’t keep.

The twin terror attacks in Manchester and London in the run-up to the vote were tragic. The very real threat of terrorism facing the UK was rightly condemned in the strongest terms by leaders across the political spectrum, yourself included. “Enough is enough,” you said, and “things need to change”.

You’re right. Things do need to change. But we’re worried about the changes you propose to make.

You spoke about longer prison sentences for anyone convicted of terrorism offences, and making it easier to deport foreign terrorist suspects back to their own countries. You also spoke about “doing more to restrict the freedom and movements of terrorist suspects when we have enough evidence to know they are a threat, but not enough evidence to prosecute them in full in court”.

And then there was this: “And if our human rights laws get in the way of doing it, we will change the law so we can do it.”

On the African continent, we have been dealing with terrorism for decades. We’ve seen this kind of talk before, from leaders who want to appear strong and so resort to heavy-handed tactics. And we’ve seen this talk translate into action. From the massacres of civilians committed by the Nigerian military, to incidents of torture in Kenya, to extrajudicial executions in Algeria, to detention without charge in Egypt, to crackdowns on media and civil society in Chad.

In all these instances, human rights are often framed as an impediment to fighting terrorism – a burden that must be sidelined in order to solve the larger terrorist problem. In this, your pledge to dismiss human rights “if they get in the way” echoes the rhetoric of some of the worst human rights abusers in the world.

But over the years, extensive research conducted across the continent and in some of its most dangerous areas has led us to a rather different conclusion.

“Violence begets violence. Using excessive force and foregoing human rights often plays into the hands of terrorist groups like Boko Haram in West Africa and al-Shabaab in The Horn, who use government’s heavy-handedness to justify their actions,” said Ottilia Maunganidze, Head of Special Projects at the Institute for Security Studies (ISS).

The research is compelling. In Kenya, former members of extremist groups overwhelmingly pointed to abuses committed by the state as a major factor in signing up. It is a similar story in Mali, where youths that were previously involved in “jihadist” groups blamed the state’s inability to protect its population, alongside abuses committed against that population, as a major spur to recruitment.

In a counter-terrorism atmosphere that has largely failed to protect human rights, the war on terror in Africa is failing. In 2009, according to Jane’s Terrorism and Insurgency Centre, there were 171 militant attacks in Africa, causing 541 deaths. By 2015, just six years later, those numbers had risen to 738 attacks and 4,600 deaths.

Prime Minister, remember these numbers as you contemplate reneging on the UK’s human rights commitments. Africa’s experience suggests that doing so is likely to make the terrorism problem worse – and, in the process, damage your country’s standing in the world.

“We have seen the devastating impact of neglecting human rights and elements of the rule of law on how the US is perceived in the global fight against terrorism. But even more stark is how terrorist groups have used this to garner support – arguing that they are fighting repression, exclusion, marginalisation and unjust systems,” said Maunganidze.

Human rights are not a luxury, to be discarded at the first sign of trouble.

“It’s not just the moral issue. Experience shows that by doing counter-terrorism properly, by using the criminal justice system and respecting human rights, states are actually able to gather more evidence and intelligence into terrorist activities,” said Anton du Plessis, Executive Director at the ISS. “This is how states can penetrate terrorist networks and funding streams. You lose that edge by going for a hard line approach.”

“A crucial aspect to this is international cooperation, which is vital in combating transnational terrorism. But countries can’t work with or trust other countries that act extra-judicially or unlawfully. Ironically, the UK itself has in the past refused to cooperate with governments that are serial human rights abusers,” said Du Plessis.

Consider also the impact your stance will have outside your borders. While imperfect, the United Nations Security Council remains the world’s most influential decision-making body. But among its five permanent members, only France now remains vocally committed to upholding its human rights obligations. The onus then will shift to non-permanent members, such as Sweden or the Netherlands (whose term begins in 2018) to fight for these rights on the global stage.

Prime Minister, we understand that you are under huge pressure to act decisively against terrorism. Under the circumstances, taking the fight to the bad guys may seem like good strategy. But real strength and meaningful results do not lie in arbitrary detention, or torture, or restrictions on free movement.

To beat the likes of al-Qaeda and the Islamic State you have to do better than them; you have to offer an alternative that is inclusive and just. And the best way to build that kind of society is to guarantee the basic freedoms enshrined in Britain’s human rights commitments. That’s the only kind of strength that terrorists are really afraid of.  DM

Photo: Britain’s Prime Minister Theresa May delivers a statement to the media outside No. 10 Downing Street after meeting the Queen in Buckingham Palace in London, Britain, 09 June 2017.  EPA/ANDY RAIN