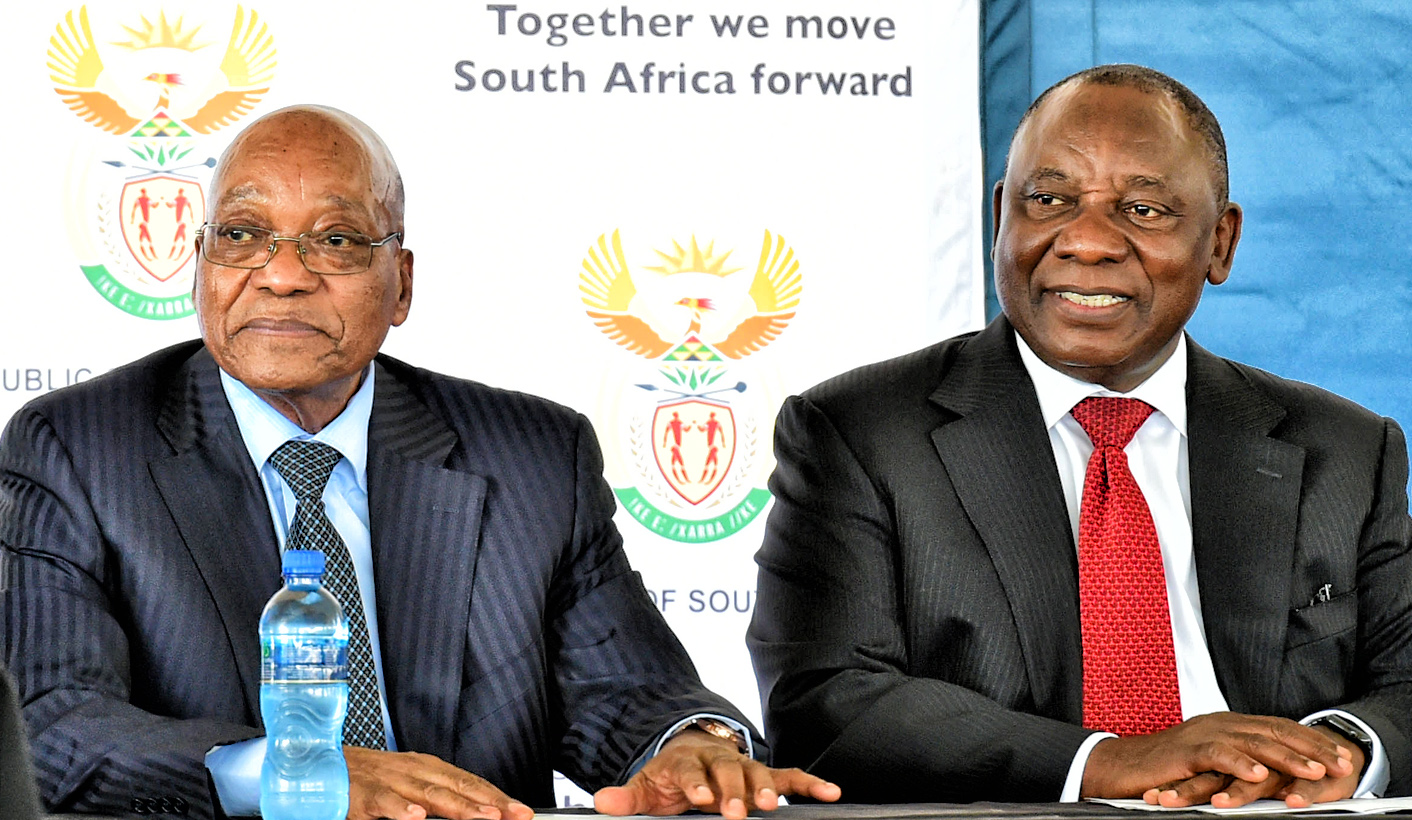 The Constitutional Court has been approached by the Quaker Peace Centre, The FW de Klerk Foundation and AfriForum, represented by a team of lawyers assembled by Accountability Now, seeking the urgent appointment by Deputy President Cyril Ramaphosa of an independent commission of inquiry into state capture. The organisations argue that the urgent and direct application is being made based on Section 90 (1) of the Constitution which relates to a conflict of interest with regard to President Jacob Zuma’s appointment of such a commission as he and members of his family are deeply implicated. By MARIANNE THAMM.

Should President Jacob Zuma appoint a commission of inquiry into state capture there would be a considerable risk that he would find himself, as well as members of his immediate family, exposed to potential civil and criminal liability for their alleged participation in the capture of the state.

So argue the applicants, the Quaker Peace Centre, the FW de Klerk Foundation and Afriforum, who last week directly approached the Constitutional Court seeking an order that, because of this serious conflict of interest with regards to President Zuma, Deputy President Cyril Ramaphosa assume the powers and functions of the President in appointing an independent commission.

They point out that section 90 (1) (a) of the Constitution, which reads “or otherwise unable to fulfil the duties of President”, covers “any situation involving the risk of a conflict between… official responsibilities and private interests” of President Zuma.

In such a situation, argue the applicants, the Deputy President is constitutionally obliged by section 90 (1) (a) to act as President in such an instance.

And while Ramaphosa had repeatedly made it publicly known that he favoured the appointment of such a commission, “he has, however, made no move toward doing so, despite the delivery of a detailed demand on 19 May, 2017”.

Apart from Ramaphosa, the SACP as well as opposition parties represented in Parliament, civil society, trade unions and faith-based organisations as well as the ANC’s NEC had also all joined the call for a commission of inquiry.

“Unfortunately, the Secretary-General of the ANC is under the false impression that the Constitution specifies that the President alone is empowered to appoint a commission of inquiry. It is also erroneous to assume that the review proceedings in relation to the State of Capture report have anything to do with what is actually urgently required and sought in this application,” reads the QPC, FW de Klerk Foundation and Afriforum founding affidavit.

The applicants argue that the President would appear to “have no interest in addressing concerns regarding state capture and has not appointed a commission of inquiry”. They add that the Deputy President also did not appear to accept that the sole constitutional power to do so is his.

“Both appear to be under the false impression that certain review proceedings concerning the fate of a report of the Office of the Public Protector, need to be finally determined before any commission of inquiry can be appointed.”

The Quaker Peace Centre said that it felt obliged to launch the application “to ensure that the rule of law is respected”.

The applicants also argue that the urgency of the matter relates to the “risks of state capture continuing unabated to the detriment of all inhabitants of South Africa, thus ultimately impacting directly or indirectly on the rights guaranteed in the Bill of Rights because valuable and scarce state resources are misdirected instead of being used to respect, protect, promote and fulfil human rights in the manner contemplated by section 7 (2) of the Constitution.”

In the absence of of their application, the lobby groups argue, “there is no other reasonable, efficient or effective basis on which the President can be held to account properly in the open and responsive manner contemplated by section 1 (d) of the Constitution read with section 195 (1) (b) and section 237 of the Constitution”.

They add that the downgrades to economic junk status “for as long as they continue” will limit government’s access to investor capital both in the public and private sectors.

They have asked the court not to determine the veracity of the allegations of state capture “or a silent coup” but to enable a “credible, independent and fully resourced commission of inquiry” to do so. DM

Photo: President Jacob Zuma with Deputy President Cyril Ramaphosa during the commemoration of the 20th Anniversary of the Constitution of the Republic of South Africa at George Thabe Sports Ground in Sharpeville, Gauteng. (Photo: GCIS)