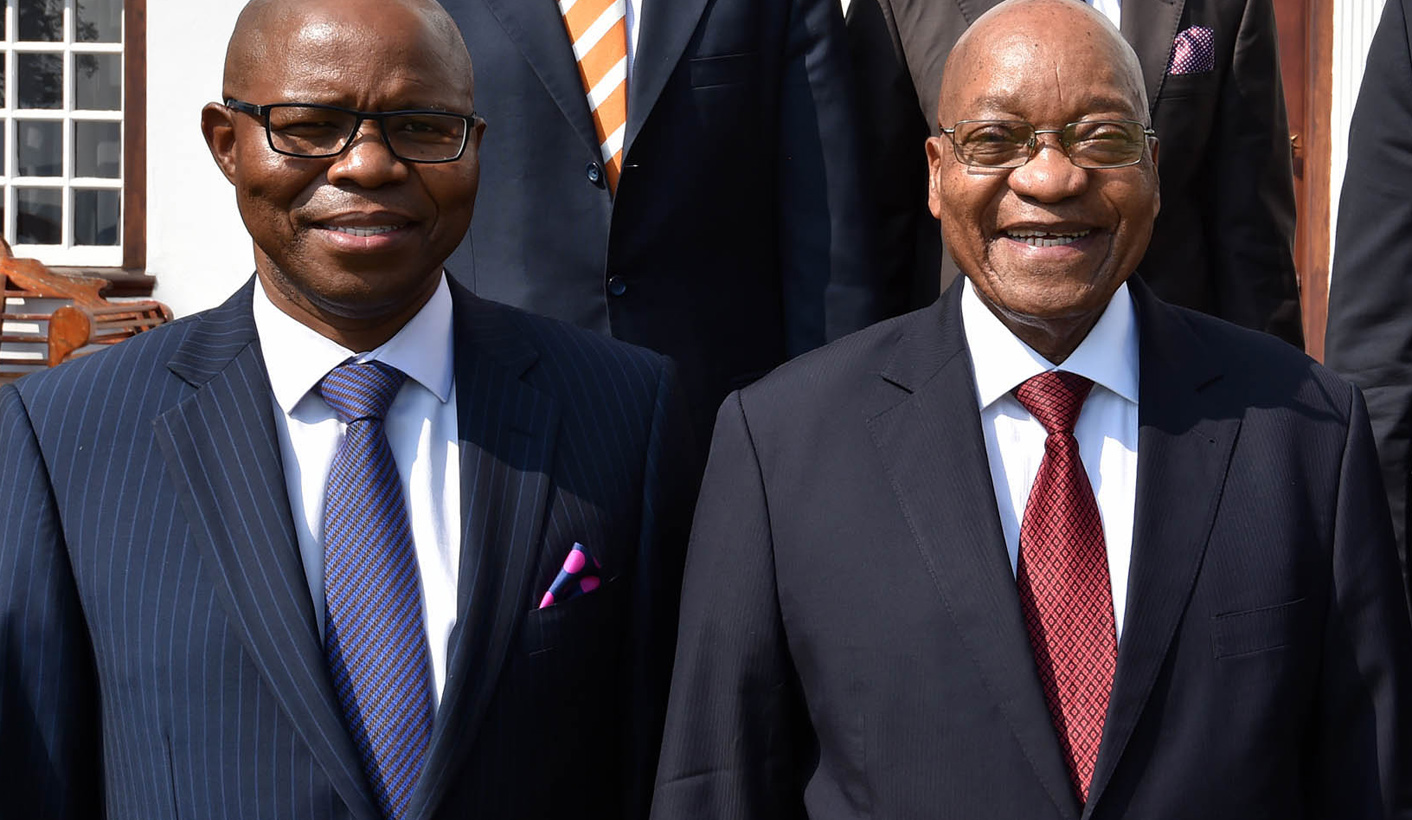 Former Public Protector Thuli Madonsela’s report “Derailed”, published in August 2015, was the first official proof that all is not well at the Passenger Rail Agency of South Africa (Prasa). The PP found a state-owned company in the tight grip of deep-set corruption and recommended that all contracts awarded between 2012 and 2015 worth more than R10 million be investigated. But at the time her findings were at odds with the views of outgoing Prasa board chair, Sfiso Buthelezi, these days deputy minister of finance, who hailed “remarkable achievements by the outgoing board” in Prasa’s 2013/14 Annual Report. Daily Maverick has gained access to the investigation Madonsela ordered, and it makes for depressing reading. By PAULI VAN WYK.

Deputy minister of finance Sfiso Buthelezi must be criminally charged for overlooking unbridled mismanagement and alleged corruption during his tenure as board chair of the beleaguered state owned rail agency Prasa, an investigation by National Treasury has found.

The investigation into 216 contracts awarded between 2012 and 2015, conducted by about a dozen forensic auditing firms, indicates that crippling mismanagement and criminality in Prasa reached systemic proportions in the years Buthelezi presided over Prasa.

Out of 216 contracts with a combined value of about R19bn, only 13 were found to be above board with no further recommendations made. Some of the recommendations and findings include:

National Treasury did not duplicate Prasa’s own investigations, which in addition found that another two contracts awarded to Siyangena Technologies and Swifambo Rail Leasing worth R4bn and R3,5bn respectively are highly irregular and must be cancelled. In the process of trying to cancel these contracts, Buthelezi’s successor, Popo Molefe, has sensationally claimed in court documents, under oath, that Montana benefited personally and irregularly from Prasa contracts and that R80 million in kickbacks have secretly been siphoned off to the ANC. In the past Montana and the ANC have strenuously denied these claims. Questioned by parliament in November last year, Popo defended the expensive investigations Prasa embarked on, saying his board were dealing with “legacy issues”.

In Prasa’s 2013/14 annual report, Buthelezi’s last as board chair, he said of his tenure: “I am immensely proud of of the hard work and commitment shown by the Board, Group Chief Executive Officer (Montana) and his Executive Management Team.”

“I am pleased that as I hand over the baton to the new and incoming chairman (Molefe), he will take over a company that is resilient, stable and with expertise of Prasa’s executive management and employees”.

Buthelezi’s current job is to police government expenditure by administering the PFMA – the same set of rules he is now accused of breaking several times over.

Findings by the investigative teams include that Buthelezi’s board failed in their fiduciary and general responsibilities by not taking “steps to prevent irregular expenditure”, were slack on internal controls and did not take reasonable steps to protect Prasa’s records.

As deputy minister of finance, Buthelezi will now be privy to some sensitive information gathered by the Financial Intelligence Centre and the Reserve Bank and have an oversight role in institutions like the Government Employment Pension Fund, the South African Revenue Service and South African Airways.

He also chairs the Public Investment Corporation and effectively controls where trillions of rands in government employee pensions should be invested.

During Buthelezi’s tenure, Prasa developed a “culture of poor record keeping”, has “systematically failed to comply” with its own rules and became a “disgrace to the public sector”, three auditing firms found.

A simple inspection of the site where all procurement documents and files are kept, provided proof of the chaos. Said forensic firm PPM: “…it is disorganized, has not been fireproofed, and the documents have not been electronically backed up.”

The failed system ensured that several contracts were impossible to investigate. Every auditing firm working on the investigation complained that payments on the Prasa system did not match available invoices, series of relevant documents were missing or destroyed and witnesses were not cooperating.

Only nine contracts were recommended to be reported to the Hawks for possible corruption and money laundering under section 34 of the Prevention and Combating of Corrupt Activities Act.

Suspicion of systemic wrongdoing and possible criminality is however bolstered by this comment from forensic investigations firm SIS: “Based on our examination, there is currently insufficient evidence to indicate a violation of relevant criminal law (in the 20 contracts SIS reviewed), however, because concealment and deception are elements of fraud, no assurances can be given that the fraud does not exist”.

SIS continued saying the chaotic filing system “reeks of mismanagement, misstatement of material facts and lack of taking the public service offered by Prasa seriously. It is a disgrace to the public sector and government owned entities”

National Treasury’s comprehensive investigation into Prasa was conducted and concluded before Buthelezi’s appointment. Just more than two months into the new job, Buthelezi is now fighting Prasa-related fires on multiple fronts. The damning findings by his own department will be reported to the Public Protector, the Office of the Chief Procurement Officer (OCPO), a department in National Treasury, said. Prasa is to comment on the findings of the investigation after which the OCPO will report back to the Public Protector for “further direction”, spokesperson Yolisa Tyantsi said.

Asked if the OCPO is sufficiently insulated from any possible pressure from within National Treasury, Tyantsi simply stated: “National Treasury recommends remedial actions which should be implemented by (the) affected institutions.”

This week the DA has also laid criminal charges against Buthelezi after a News24 report revealed he might have personally benefitted from R150 million in Prasa contracts. On the back of accusations that Buthelezi seemingly turned a blind eye to rampant corruption in Prasa, the police must now investigate whether he benefitted through a series of companies and front businessmen, including his brother. Reacting with “utter dismay and deep disappointment” to the allegations, Buthelezi hit back saying he was never conflicted, nor benefitted personally from Prasa contracts.

“Deputy Minister Buthelezi has always performed his duties, within both the public and private sector, with the utmost integrity,” his office said.

“He continues to uphold the same propriety and integrity in his current capacity as Deputy Minister of Finance.” DM