Op-Ed: Strengthening international co-operation in an era of Trump 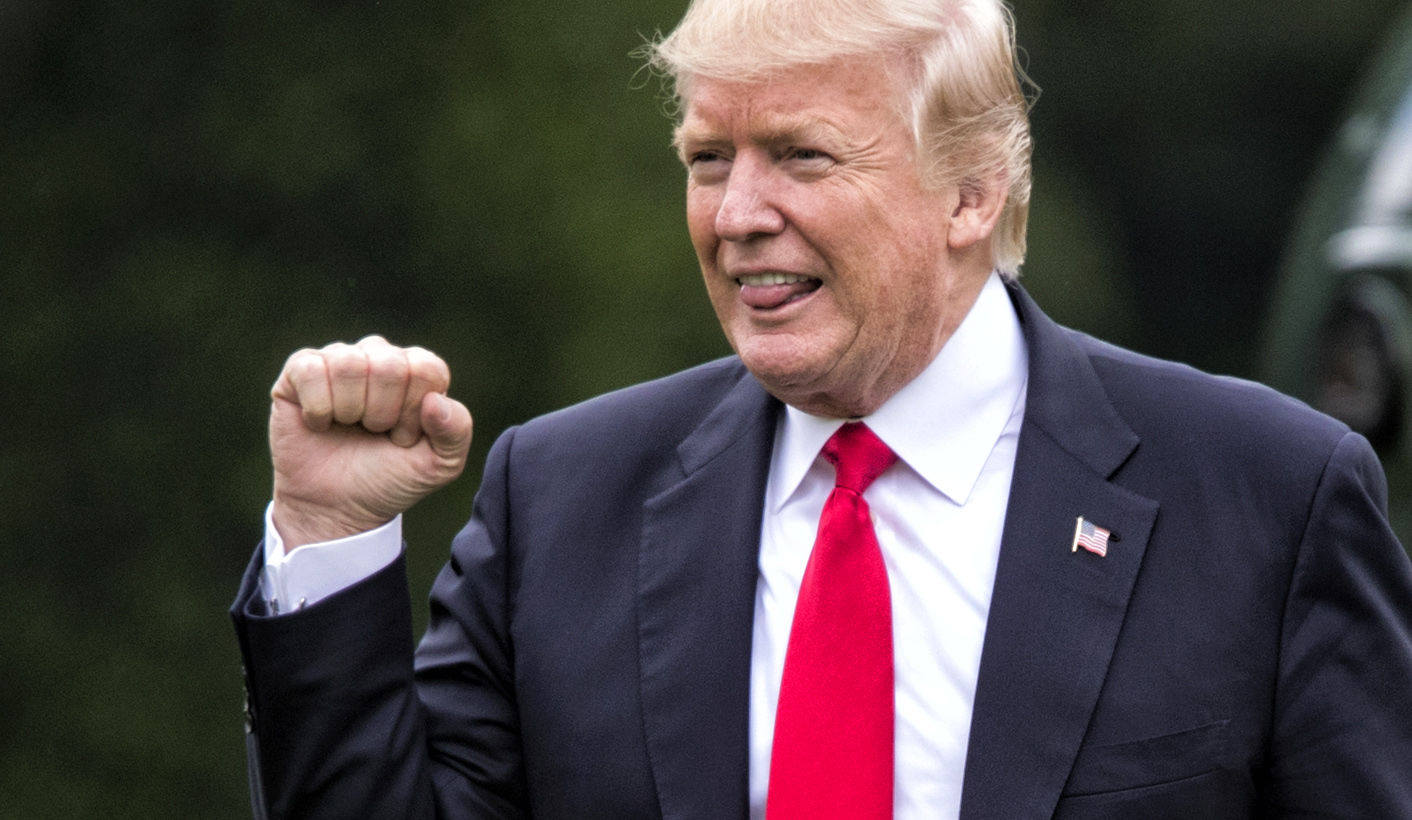 What US President Donald Trump’s Paris Agreement withdrawal and his meetings in Brussels and Sicily highlight is that the path to sustained international co-operation in 2017 and beyond will not be easy. By ELIZABETH SIDIROPOULOS.

Meeting his counterparts in Europe on his first overseas trip in May, President Donald Trump failed to reassure them that the military alliance, which has been the backbone of the Atlantic relationship since the end of the Cold War, would receive the same degree of commitment from the US as in the past.

The meeting of the G7 in Sicily, historically a club of the like-minded industrialised countries, confirmed that the basis upon which these systemically important countries have co-operated and defined the global order, is under severe strain. The announcement on 1 June that the US was withdrawing from the Paris Climate Agreement added to that divide.

This dissonance may be a welcome development for many in the Global South, where it is considered a precursor to the fracturing of the alliance that has dominated the international stage for three-quarters of a century. It is further proof that multipolarity is here and that “calling the shot”’ will increasingly not be a Western affair. But as Thucydides noted in discussing Athens and Sparta during the Peloponnesian War some 2,400 years ago, changing of the guard in power politics tends to be messy and violent. In the 21st century we are heading towards a more multipolar world – not with one superpower but many nodes of power – which also requires a more systematic consideration of how states will respond to the imperative of strengthening multilateralism.

What was striking about this year’s report card (but perhaps not surprising) was the sense of doom that permeated it. The overall grade for international cooperation in 2016 was a C – compared to a B in 2015. That’s barely a pass in the grading. The heads of the member institutes completed the report card early in 2017, reflecting the shock of the Trump election, Brexit and the future of the EU, the turmoil in the Middle East and the fears over North Korea.

Some of these fears may have been allayed by the victory of moderates in the Netherlands and France, but the spectre of populism, the politics of “the other”, have not gone away. At their most extreme, these politics, the flip side of which is “America First” and related slogans, mean that international relations are reduced to zero-sum games: if I win, you must lose. Therefore, the 2% defence spending Trump insists that Nato members contribute to is not seen in the broader context of Europe’s “deployment” of civilian power as an equally important determinant of national security – from development aid to contributions to international organisations and UN peacekeeping missions. And the imperative of dealing globally with the effects of climate change because of our interdependence is swatted away in the interest of protecting ostensible jobs and enterprises in the US.

The international cooperation report card ranked preventing and responding to violent conflicts between states, internal violent conflict, transnational terrorism and preventing nuclear proliferation as the four top global challenges in 2017. Yet, with the exception of combating transnational terrorism, overall the heads of the participating think tanks did not believe a breakthrough was possible in any of the others this year.

Multipolarity has ensured that the US on its own can neither define the rules of the game, nor uphold them. Europe, China, India and other developing economies are vital in agenda-setting, and rule development and compliance. Yet, the US can still undermine the system by its non-participation in key global processes and rules. The much-predicted announcement of the US’s withdrawal from the Paris Climate Agreement is one such case. Equally, refusal to adopt measures to move to a low-carbon economy does not immunise the US from the planet’s triggers that don’t respect national boundaries or sovereignty.

Many in the Global South may be happy at the US’s declining relative power, but they should not be happy at its vanishing desire to cooperate with others. A “lone ranger” US undermines the global institutions, whose efficacy is already under scrutiny and which are in desperate need of an overhaul.

Just as the League of Nations failed in the 1930s because of the absence of the US, so too will a United States that does not even pay cursory respect to the principle of multilateralism, a rules-based order and the importance of using power wisely. It dooms the system that has maintained relative stability and promoted economic prosperity around the world over the last several decades.

What Trump’s Paris Agreement withdrawal and his meetings in Brussels and Sicily highlight is that the path to sustained international co-operation in 2017 and beyond will not be easy.

After the euphoria of 2015 with the Paris climate agreement and the adoption of the Sustainable Development Goals (SDGs) this is a sobering assessment, but one that equally requires systemically important countries – both developed and developing – to step up to the plate.

China has already indicated that its commitment to climate change and the SDGs remains, as does its belief in an open global trading system. Germany has come forward to reaffirm some of the basic principles of the liberal international order. Countries such as South Africa and India believe that the current order needs to be made more inclusive and responsive to the changes in the economic, political and diplomatic landscape.

While the US’s inclination is to turn away from the multilateral order, thus restricting what is achievable, now is the time for us to set about crafting a vision of reform and restructuring, and identifying the partners, instruments and processes necessary to achieve this. DM

Elizabeth Sidiropoulos is chief executive of the South African Institute of International Affairs. SAIIA is a member of the Council of Councils.

Photo: US President Donald J. Trump gestures as he walks across the South Lawn after returning to the White House by Marine One, in Washington, DC, USA, 07 June 2017. EPA/MICHAEL REYNOLDS