Mantashe: Should Zuma be forced out, ‘the recall of Thabo Mbeki will be like a Sunday picnic’ 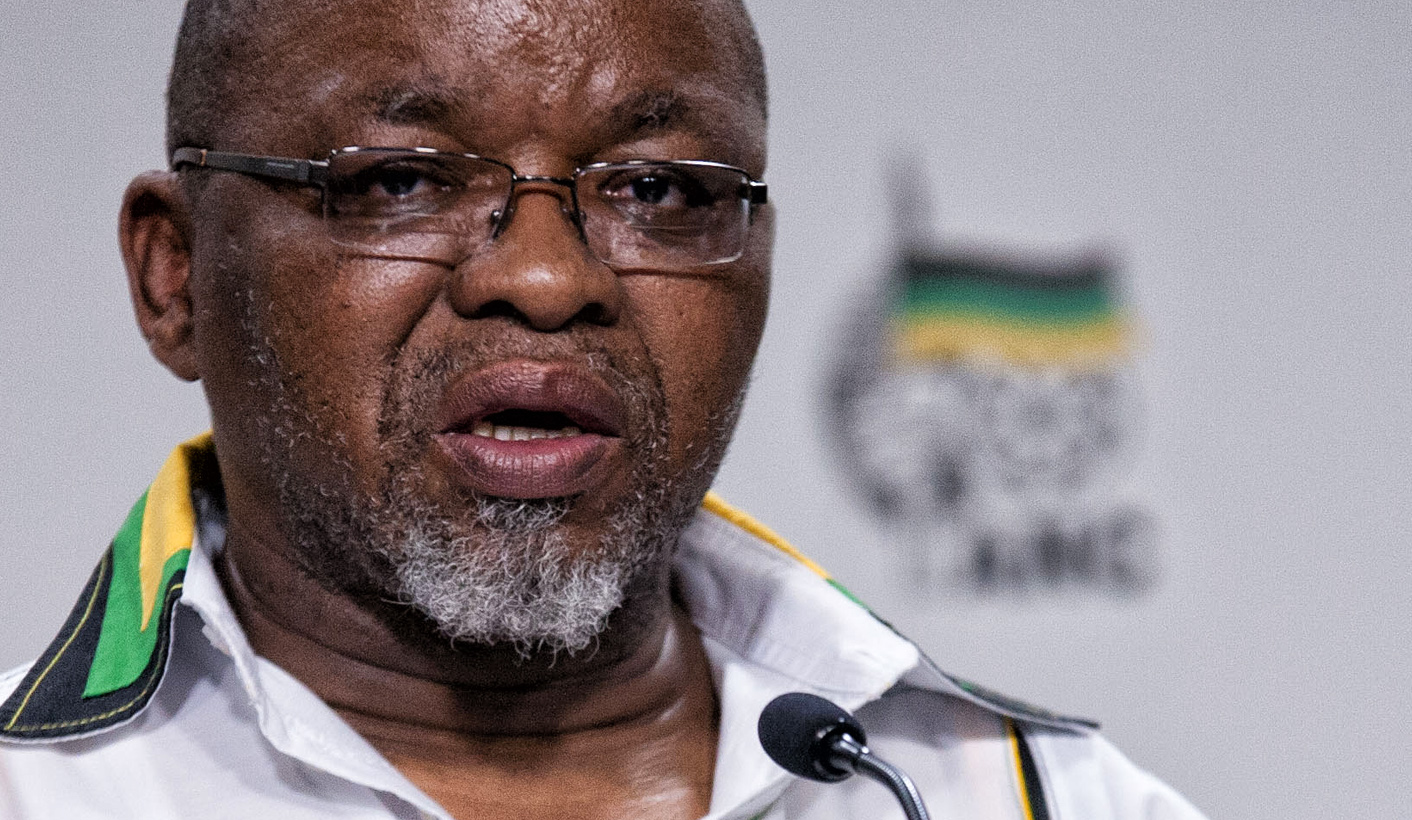 ANC Secretary-General Gwede Mantashe on Thursday addressed the National Union of Mineworkers’ (NUM) central committee. He defended the decision not to recall President Jacob Zuma, but offered no alternative to the ANC to extricate itself from its crises. By GREG NICOLSON.

Gwede Mantashe offered two arguments for not removing President Jacob Zuma. One was more of a suggestion, a warning to keep in mind. He mentioned the Arab Spring and other revolts around the world. Syria, for example, was a “hybrid revolution, a combination of hard and soft power”, according to Mantashe. #FeesMustFall featured elements that wanted to overthrow the state, he claimed. It ties into a recently expressed fear of how foreign states are using soft power to overthrow democratically elected governments in southern Africa.

It’s part of the ANC’s paranoia, regularly repeated by Zuma’s supporters without evidence, that ignores the president’s failure. But Mantashe also offered a more reasonable reason for not removing the president.

He said the ANC is going through its most difficult period, which might only be matched by challenges in the 1930s and 1960s. “The alliance is in disarray,” he said. “I say it is disarray by design, in the sense that instead of appreciating our responsibility as alliance leadership we are entering a beauty contest in the public domain.”

He said the ANC had discussed Zuma’s removal many times. “We’re not avoiding it at all.” The only option, however, was to retain the president until the December ANC elections to avoid a split in the alliance and ANC. Then they could elect credible leadership. On Wednesday, Mantashe suggested the terrain might be different after the ANC elects a new leader, potentially making it easier or more likely for Zuma to removed.

For now, he said on Thursday, recalling Zuma would not serve the movement. “We’ll have instant satisfaction and happiness but it will take us much longer to pick up the pieces of the movement.” He was essentially telling alliance partners, including NUM – which has called for Zuma to step down, along with Cosatu and the SACP, as well as senior ANC leaders – to wait.

Mantashe said if Zuma was removed its KwaZulu-Natal structures would immediately split in two. There would be chaos in North West. Free State would be set by disaster. It was a snapshot analysis of the ANC’s provinces, those that support Zuma, those that don’t, and the in-between. He referred to the formation of the Congress of the People after President Thabo Mbeki was recalled after Mbeki lost to Zuma at the 2007 Polokwane conference.

“The recall of Thabo Mbeki will be like a Sunday picnic.”

The ANC split after Mbeki’s recall would be nothing in comparison to what would happen if Zuma was recalled, he was saying.

The general secretary seemed conflicted. Either his head is in the sand or, most likely, he is so worried about the unity of the ANC he believes the only option is to allow a captured president to retain his position in the hope that the ANC will sort its problems out (which seems unlikely, given greed and factionalism has only increased in recent years).

“State capture is a reality. It’s not theory,” he said. On the challenges ahead, he said, “securocrats are going to dig dirt on everybody who they see as an obstacle to their programme and their agenda and it requires boldness”, He questioned whether the ANC Youth League even has a definable structure. “Our own youth has decided to be henchmen who get unleashed to individual comrades.”

It’s not even clear if Mantashe believes in his own comments. “Sometimes you don’t even believe what you’re saying but you must say it,” he said. The ANC takes a decision and you have to abide by it. But Mantashe, above all, believes in his chosen course, to wait and hope for the best, to save the ANC.

“Many comrades in the alliance broadly think that our approach is a waste of time and I can tell you, comrades, history is going to prove us correct in our approach,” he said. Those who want to remove Zuma actually want to destroy the ANC and their calls must be resisted.

As general secretary, it is Mantashe’s job to balance the ANC’s various interests. His position doesn’t allow him to speak sense, not that he often has done. But while he obfuscates, the party is burning. Its leaders have been implicated in #GuptaLeaks revelations and the ANC’s proposal for a judicial inquiry is so broad it will be seen as a whitewash before it even begins. That’s just the latest in the scandals Zuma’s administrations have accrued under his presidency.

Before Mantashe, NUM President Piet Matosa supported Cyril Ramaphosa for ANC president and said Zuma must step down. “He has failed to lead and unite our country, South Africa and the African National Congress.” He mentioned some of the notables of state capture – Denel, Transnet, Tegeta, the department of mineral resources, and Eskom. “Tomorrow it will be the judiciary and even unions may not be immune.”

Mantashe intimately understands these allegations. And he’s right, the ANC would split if Zuma were removed. But as SG, he’s presided over the organisation during the Zuma years. He allowed the rot to set in and hasn’t described how the party can extricate itself from the culture that will be its downfall. He thinks the ANC can save itself, but won’t confront the problems tearing it apart. Instead, he dithers, which means he supports more of the same.

The “beauty contests” he speaks of can’t be separated from his 10-year leadership. On Thursday, he offered no better way. DM