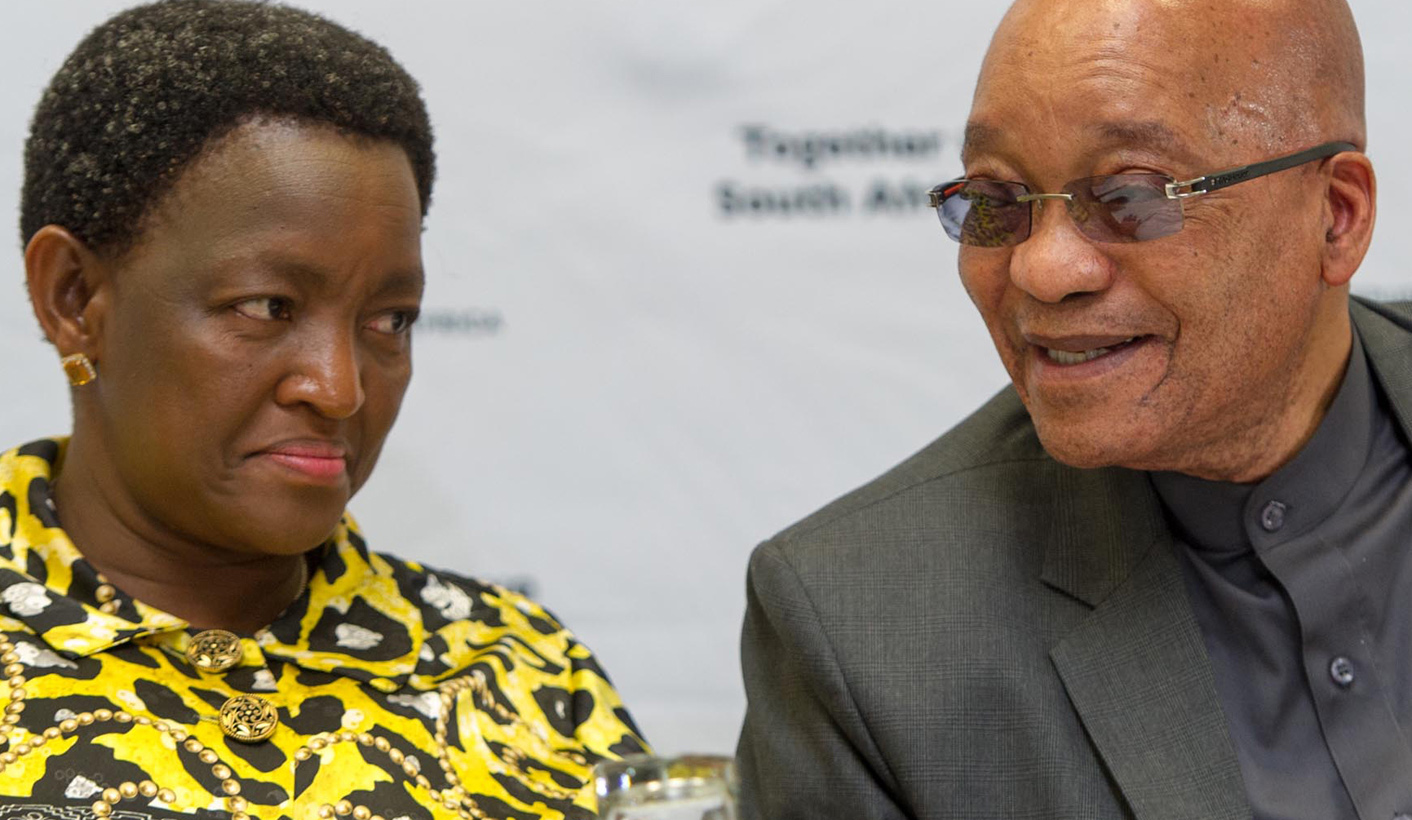 Treasury has informed Sassa CEO Thokozani Magwaza that the appointment of “work streams”, which formed parallel structures to Sassa's operations and who reported directly to Minister of Social Development Bathabile Dlamini, was irregular. So far it has cost taxpayers around R47 million. By MARIANNE THAMM

In a letter addressed to South Africa Social Security Agency (Sassa) CEO Thokozani Magwaza and dated May 25, 2017, Treasury’s Director of Governance, Monitoring and Compliance, Solly Tshitangano, informs Magwaza that the procurement of the advisors was non-compliant with Treasury’s supply chain management process and is regarded as irregular.

Sassa had previously argued that the deviation had occurred as a result of  the “urgency” of the matter and in order to ensure continuity with regard to complying with an earlier Constitutional Court deadline of November 2016.

“The reason for continuity is not justified because the advisors were not initially appointed through SCM process and were not going to continue rendering advisory roles,” said Tshitangano.

The “continuation” explanation was also not applicable “because individuals were serving as advisors and not suppliers.”

Dlamini, who was appointed Minister of Social Development in November 2010, set up the hand-picked advisory committee in 2013 to plot the future of the grants payment system. The committee, which included advisors Patrick Monyeki, Tim Sukazi and Tangkiso Parkies, submitted a report in December 2014 suggesting that Sassa set up its own elaborate and complicated in-house payment system.

It was a plan that was doomed from the start and appeared to set the stage for the retention and extension of the tender with CPS that the ConCourt ruled in 2013 had been irregularly awarded.

Some of the recommendations by the panel were that Sassa acquire its own ATMs and point of sale devices to be installed in stores and other government agencies, that the agency integrate the new payment system with Home Affairs, UIF and the Road Accident Fund and that Sassa should produce its own biometric bank cards.

It also suggested that Dlamini extend the mandate of her advisory committee in order to implement its own recommendations, a matter opposition parties have consistently questioned in parliamentary committee meetings.

In July 2015 Dlamini ordered Sassa’s then CEO, Virginia Petersen to retain members of the committee and to set up “work streams” to implement their own recommendations.

“Although this panel will account directly to me… I request Sassa …compensates the panel on behalf of the department,” wrote Dlamini.

In an affidavit to the Constitutional Court on May 17 after it became clear that Sassa would not be ready to take over payments of grants to some 17 million beneficiaries on April 1 this year and after Dlamini had claimed she had been unaware of the impending crisis, Magwaza revealed it was Dlamini’s “work streams” which derailed Sassa’s work.

He attached to his affidavit Dlamini’s 2015 letter to Petersen in which she announced that the leaders of the “works streams” appointed for a three-year period would be Andile  Nyonyha, Tim Sukazi, Tankiso Parkies, Sizwe Shezi and Patrick Monyeki.

The work-streams, added Magwaza, were currently still in place and continued to “take instructions from and report to the Minister directly”.

Scopa has heard that Parkies, who led the Local Economic Development stream, has received around R5 million, lawyer Sukazi, who led the Legislative and Policy Requirements stream, was paid R7 million, and IT veteran Monyeki, who headed up the Information Management, Business Systems and Banking Services stream, received R35 million.

A 2013 investigation by amaBhungane revealed that Monyeki served as the IT technical advisor in the original bid evaluation committee for the R10 billion tender and was alleged to have swung the tender in  favour of CPS. SARS commissioner Tom Moyane, who chaired the bid committee, is alleged to be a close friend of Monyeki’s.

At a Scopa hearing last month Magwaza intimated that the “work streams” would be given notice on May 31 but declined to answer questions saying he still needed to consult with Dlamini with regard to Treasury’s advice. DM

Jessica Bezuidenhout for Scorpio • 18 hours ago